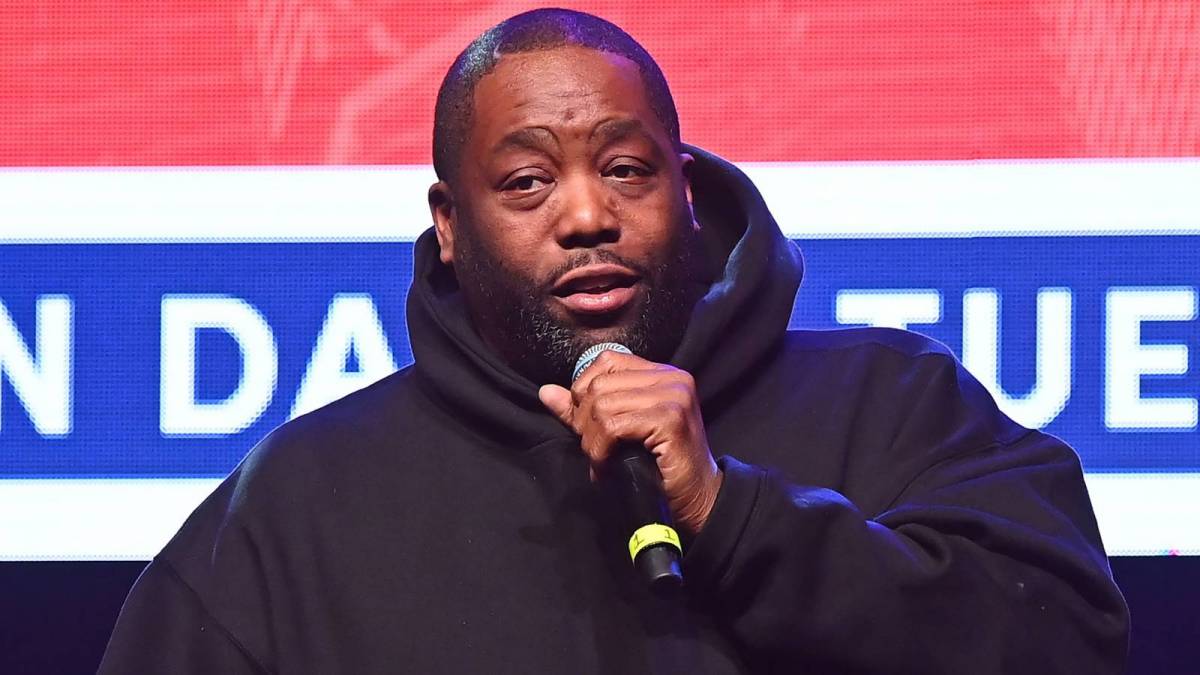 Killer Mike released his first solo single and accompanying video in nearly 10 years on Independence Day (July 4). Titled “Run,” the track begins with a monologue from famed comedian Dave Chappelle who was happy to contribute to Mike’s latest endeavor. But there’s a sense Chappelle would be even happier if the Run The Jewels juggernaut would run for office.

Killer Mike’s propensity for politically motivated action is well-documented and his natural talent for oration is apparent during every appearance, not to mention with the music he makes. During a recent interview with HipHopDX, Killer Mike revealed how Chappelle wound up on the track, while simultaneously confessing Chappelle almost convinced him to run for Georgia governor — almost.

“So I go to a Dave Chappelle show — and Dave is someone I consider a friend, very fortunate to be friends with, love him to death — and he literally has a whole crowd laughing at themselves and a bunch of other shit,” he says. “At the end, I get to hang out. Comedians have hangouts after they show where they do old school shit like smoke cigarettes and drink whiskey. Muthafuckas still smoke cigarettes.

“So I’m in the cut, smoking a joint that looks like a cigarette. I’m getting high as fuck. Dave calls me out. He says, ‘Hey man, why don’t you run for governor?’ And I’m like, ‘What? No, no, we got a Black person running for governor. Her name …’ ‘That’s not what the fuck I’m talking about — you. You need to run. You are qualified to lead.’ And I’m like, ‘Dave, I’ma rapper.’ “He said, ‘I don’t give a fuck, you can govern and rap!'”

Killer Mike says it was one of the most “encouraging” and motivating speeches he’d ever heard, so much so he was seriously considering running by the end of the conversation.

“I was ready to run after that, even though I know it’s not time for me to run, but what he really told me was that it doesn’t matter if you go to strip clubs and smoke weed and you go with your wife and we know all your proclivities,” he continues. “What we’re saying is we trust you, not to be perfect, but to be honest and lead.”

During the making of “Run,” Killer Mike really got a chance to know Young Thug, who also appears on the track. But at one point, Mike realized the song needed something.

“We had this long intro that I didn’t want to get rid of, so I asked Dave, ‘Could you recreate that speech on this for me?'” he says. “He was running around finishing some shows, but when he got back home in Ohio, he sent me back gold and I was like, ‘Oh my fucking God.’ This is definitely what you said to me and the spirit of what you said to me. It turned out to be something amazing. I have listened to it for motivation.”

Young Thug is currently incarcerated after he was arrested alongside Gunna and dozens of others on Racketeer Influenced and Corrupt Organization Act (RICO) charges. Mike briefly touched on the situation, saying, “Free Thug, free Gunna and free [YFN] Lucci, too. I don’t think any of these men are mob bosses.

“I think they’re entertainers. And I think prosecutors are using the line of their entertainment to blur what’s real and what’s conspiratorial, and to prosecute them in the name of raising the publicity around the office versus these men being presumed innocent and looked at as job providers and bosses and leaders they are.”