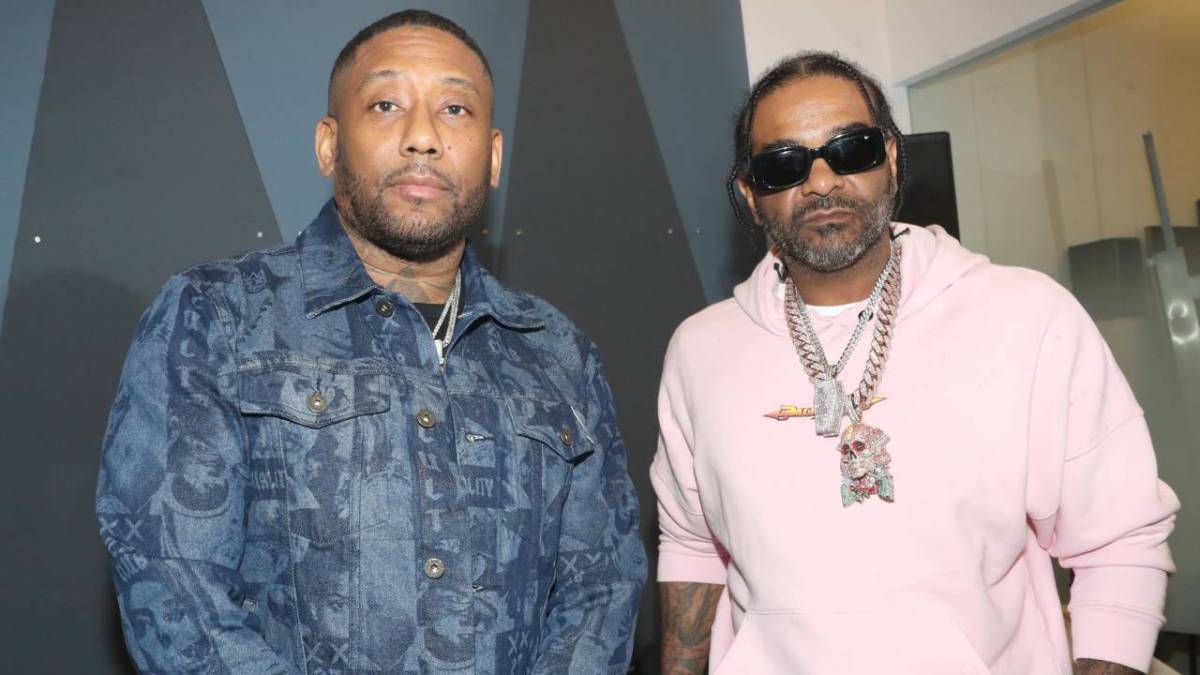 Jim Jones and Maino teamed up to become the Lobby Boyz and unleashed their joint album using the group’s name in late May.

The gritty New York City duo made their way to The Breakfast Club on Wednesday (June 21) where they discussed a myriad of topics, including Young Thug and Gunna’s lyrics being used against them in the RICO case against YSL.

“They should take that out,” Maino said of rap lyrics being used in court cases against artists. “When you rapping, you rapping from a perspective… I say all kinds of crazy shit when I rap.”

“Woke up in The Shade Room/Shawty took me home and licked her pussy in the kid’s room,” Maino continued about a lyric he’s rapped but wasn’t true.

Capo hopped in and challenged Maino questioning if that bar was actually false and wondered if someone called him out recently for using it.

“Did somebody ask you about that because you seem a little guilty? Are you sure you didn’t do it? Is this a bar?” Jimmy asked.

Elsewhere in the interview, Jimmy and the “All the Above” rapper used to have beef and they quickly became close after squashing their feud and discussed doing an album together as the Lobby Boyz around 2010.

“[Jim] had a studio downtown and one time we did a record,” Maino explained. “This was back when Puff and [Rick] Ross said they were the Bugatti Boyz. So we did a record one time and he was like ‘Shout out to the Buggati Boyz but me and Maino, we the Lobby Boyz’ and I understood what he was saying from that.

“It was like ‘Man we come from the lobby. We come from that pain.’ We talked about doing an album back then but we never did it.”