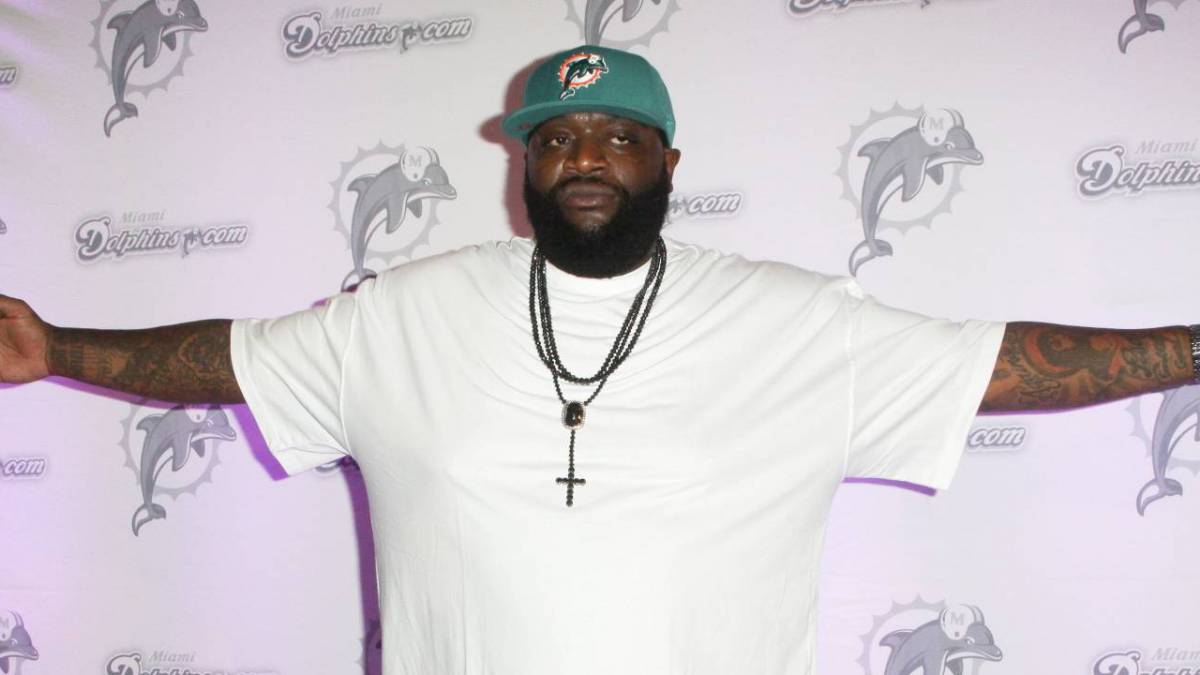 Rick Ross is looking for a piece of the Miami Dolphins pie. Rozay has taken to Twitter and Instagram over the course of June badgering the Fins to let him purchase a five percent ownership stake in the NFL franchise.

The MMG boss wants to come on board as a celebrity investor of sorts. He feels he can be a valuable tool in connecting with the players and teaching them financial literacy as well as being a great ambassador for his hometown team.

“I would love to buy five percent of the Miami Dolphins and the big asset I think I’ma bring to the team is financial literacy for the youngstas,” the super fan explained.

“I hate when I hear football players being criticized for their financial situation. Shit, if I got my big bag at 21, 22 or 23 years old, I would’ve ended up in the same situation. It has a lot to do with maturity levels.”

“Should @MiamiDolphins sell me 5% stake in the organization? If so,what would the upside be for both sides or vice versa,” he added on Twitter earlier in June.

Should @MiamiDolphins sell me 5% stake in the organization? If so,what would the upside be for both sides or vice versa??

Ross was a special guest at Thursday’s (June 9) Dolphins OTA practice. While ownership talk may have not been on the menu, he had a chance to speak to the team and linked up with Fins legend Dan Marino as well as superstar wide receiver Tyreek Hill.

The biggest boss Rozay @RickRoss pulled up to #Dolphins OTA practice today as they close up their offseason program. Here he is dapping up Tyreek Hill & Dan Marino (h/t @Dolphins): pic.twitter.com/yJ55DIxye5