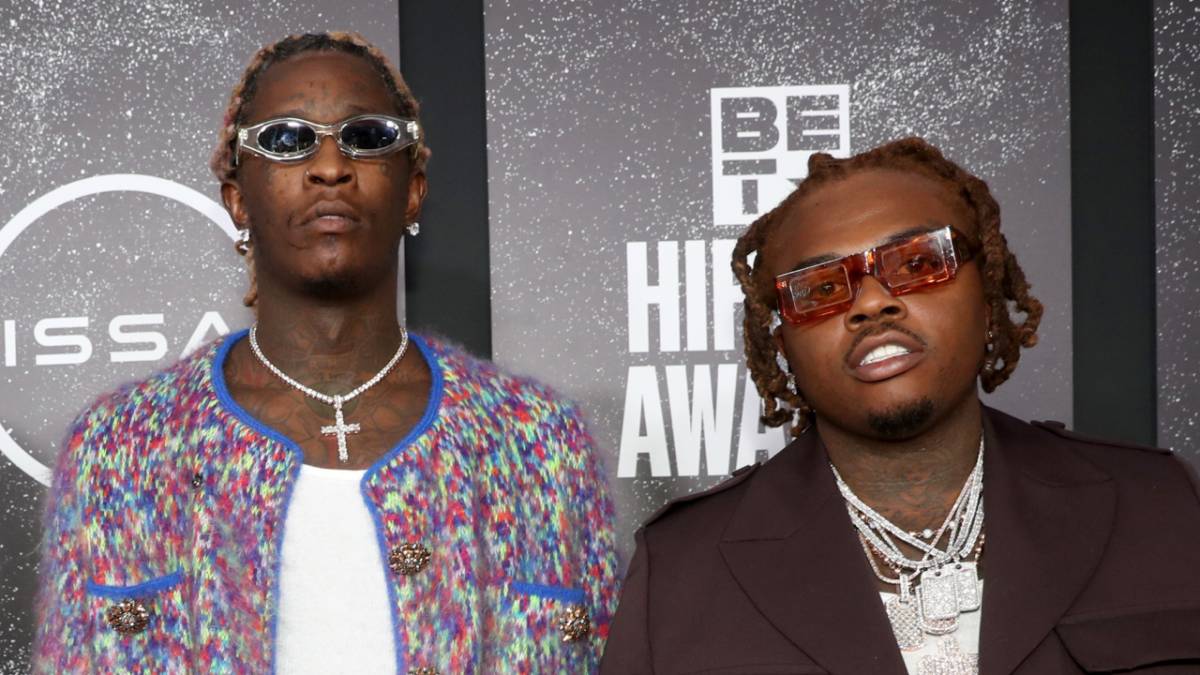 Young Thug and Gunna have both suffered their first loss in court after being arrested as part of a sweeping RICO indictment against their Young Stoner Life (YSL) collective, which prosectors have accused of being a “criminal street gang” behind a string of armed robberies, drug deals and violent attacks, including murder.

Thug (real name Jeffrey Williams) appeared in front of Judge Robert Wolf via video from Fulton County Jail on Wednesday (May 11) for a bond hearing relating to his fresh wave of felonies separate to the RICO case.

Law enforcement officers discovered drugs and guns while executing a search warrant on the rapper’s home earlier this week, resulting in seven new charges — ranging from possession of a controlled substance with intent to distribute to possession of firearm during commission of a felony.

These are in addition to Thug’s two charges in the YSL indictment, including conspiracy to violate the Racketeer Influenced and Corrupt Organizations (RICO) Act and one count of participation in criminal street gang activity.

After hearing arguments from both the prosecution and Young Thug’s attorney, Brian Steel, Judge Wolf declined Thug’s bond request after declaring him a flight risk and agreeing with concerns about him committing further felonies. Judge Wolf also said he didn’t want to complicate matters in the bond hearing for Young Thug’s RICO charges, which will be presented in front of another judge at a later date.

Assistant District Attorney Damian Smith had argued the Punk rapper posed “a clear risk of hindering the administration of justice given that we have not apprehended everyone on the larger indictment,” while pointing to the “large quantity of drugs and several firearms” seized at his home.

Steel, meanwhile, claimed his client didn’t pose a flight risk and was “fully cooperative during his arrest,” even while being handcuffed in front of his 14-year-old son. He also said Thug would be willing to surrender his passport and wear an ankle monitor. Ultimately, Judge Wolf sided with the State.

According to 11Alive, Gunna suffered the same fate on Wednesday when he, too, was denied bond in connection with the RICO indictment. The “Pushin P” rapper (real name Sergio Kitchens) turned himself in earlier this week and faces one count of conspiracy to violate the Racketeer Influenced and Corrupt Organizations (RICO) Act.

Despite the serious allegations leveled against the Atlanta rappers and their YSL associates, which Fulton County District Attorney Fani Willis believes will result in maximum penalties for “many people,” both Young Thug and Gunna’s attorneys have maintained their clients’ innocence.

“I’ll tell you the response to any allegation: Mr. Williams committed no crime whatsoever,” Steel told WSB-TV on Monday (May 9) following Young Thug’s arrest. “And we will fight to my last drop of blood to clear him.”

Gunna’s legal team — comprised of attorneys Donald F. Samuel, John A. Garland and Kristen W. Novay — told TMZ on Wednesday, “Mr. Sergio Kitchens, known as Gunna, is innocent. The indictment falsely portrays his music as part of a criminal conspiracy. Mr. Kitchens has been an advocate for his community, and it is our privilege to advocate for him.”