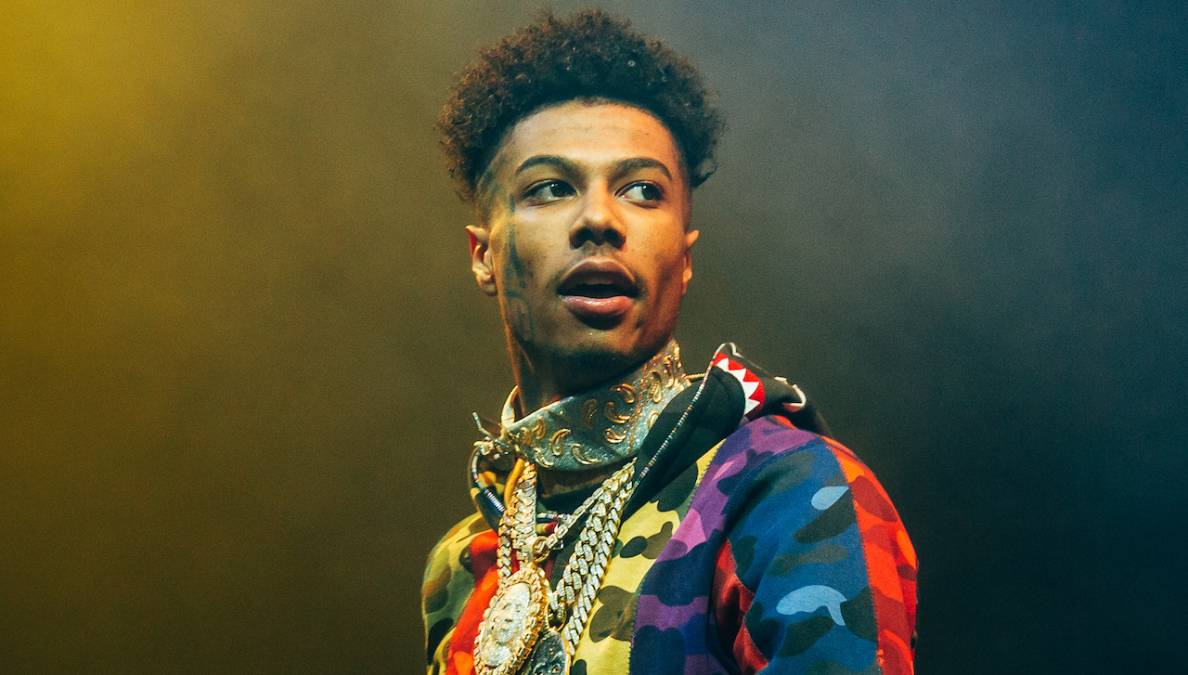 Blueface Responds To His Baby Mother Slut-Shaming Him On TikTok

Blueface’s baby mama Jaidyn Alexis recently shamed the rapper for his body count on TikTok and at one point accused him of being “thotrocket360.” Well, it seems the “Thotiana” spitter took offense to some of her comments and issued a response on Twitter.

“Pay her ungrateful ass 7k a month ima do what I want she lucky to be my Bm,” Blueface tweeted out.

The Cali-bred lyricist has certainly had his fair share of drama with the ladies. His ex-signee Chrisean Rock made headlines in February for taking some crack and stealing the rapper’s car to go on a cross-country excursion. She recently confirmed during a sitdown with Talking Ish With Bone Show that every headline about her was true, including that she wrote “I love Blue” on the wall of his home in her own blood.

The “Vibe” lyricist also said she got Blueface’s name tatted on her body eight times because she respects him and cares for him that deeply.

Blueface was never romantically involved with Chrisean, and recently had to quell even more drama involving her when his own mother said the pair were officially dating earlier in April.

“My mom don’t speak for me or none I got going on personally ain’t none official wit nobody,” Blueface posted to his Instagram Story.