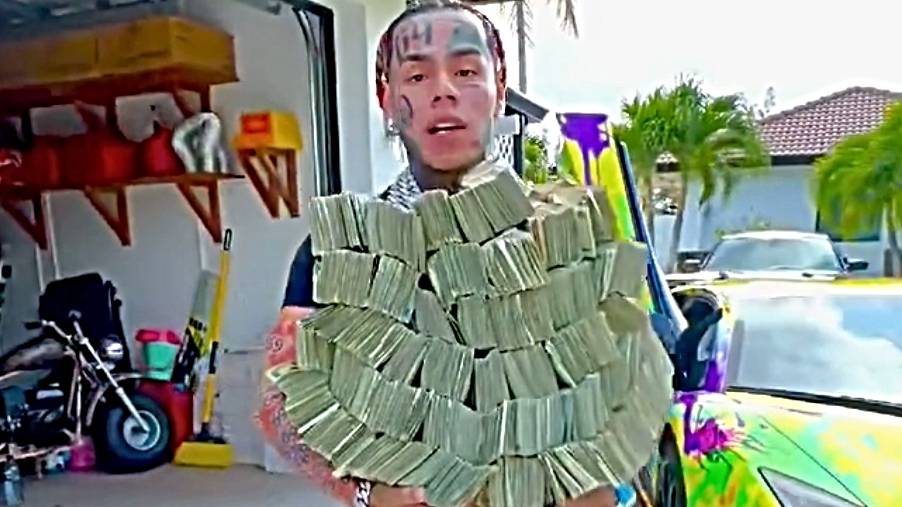 6ix9ine claimed he was “struggling to make end meets” in a court hearing last month as part of an ongoing civil lawsuit for his involvement in a 2018 armed robbery.

So when he shared an Instagram video of himself flexing nearly two million dollars in cash last week, the optics didn’t look good. But according to the controversial rapper, it was all a rouse. In an interview with TMZ Live, Harvey Levin asked him about the video and if he could cough up the $1 million he owes in restitution.

6ix9ine was also asked to address his vitriol for Fivio Foreign and Lil Durk, who he consistently trolls on social media. According to 6ix9ine, he’s simply reacting to what they put out first.

“My plan was never to come at nobody,” he said. “It was just to drop music, you know, get back into the realm of my art and just come out with positivity. When I said the King of New York is back, I want to be very clear, I came out, I didn’t mention anybody. Fivio jumped out the window first. He could’ve just stayed quiet. I know a lot of people don’t want to hear it, but the moment 6ix9ine responds, ‘Oh my god! Look, he’s chasing clout!”

King Von was fatally shot in November 2020 and 6ix9ine has used his death to taunt Lil Durk. He even included Von’s name in his new video for “GINE.” 6ix9ine questioned why King Von’s team thought it was a good idea to include a diss aimed at him on his posthumous album if they didn’t want him to respond. 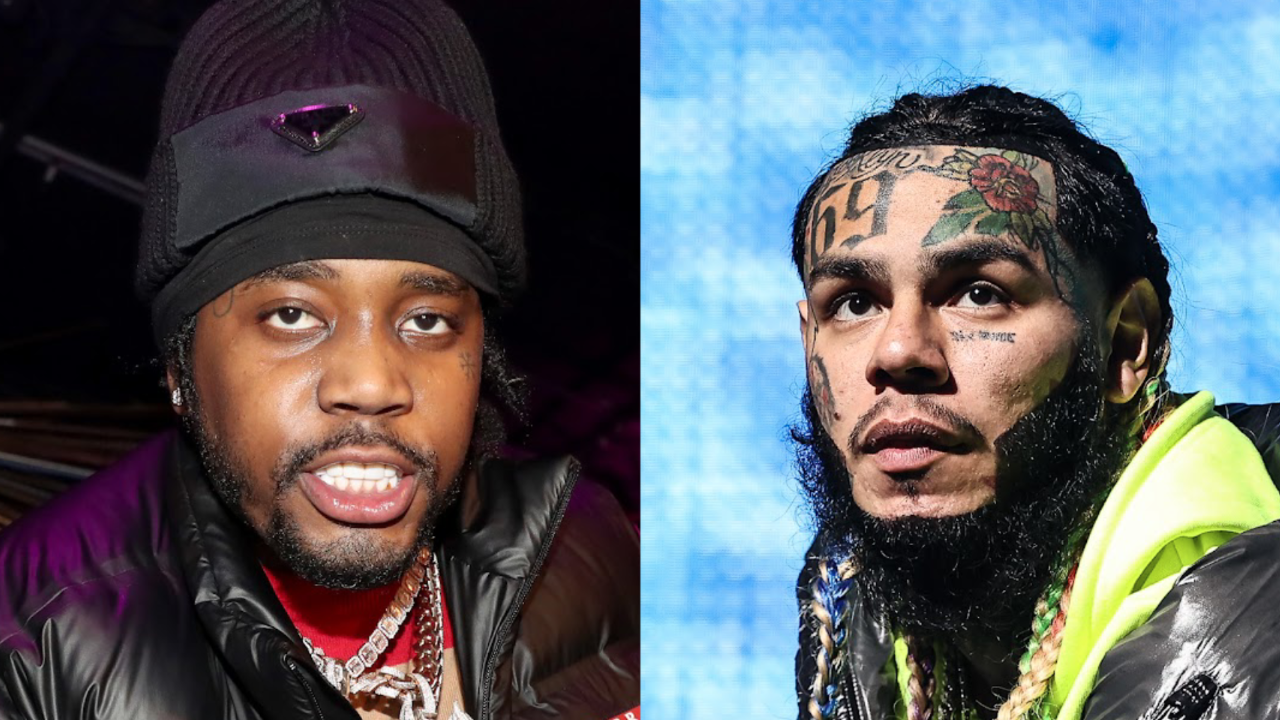 As for Fivio, he’s been going back and forth with 6ix9ine over King of New York claims. Most recently, he touted the success of his B.I.B.L.E. album, while calling 6ix9ine a liar.

“This is why I don’t respond to these lame ass weirdo clout chase’n n-ggas,” he wrote on his Instagram Stories. “You could buy youtube views but you cant buy chart positions. Everything this kid has ever said has been lie and everything else is gon be a lie. I apologize to the real 1’s out there thats mad I’m entertaining this shit but fans must kno. What’s really goin on in NY.

B.I.B.L.E. debuted at No. 9 on the Billboard 200 chart following its release via Columbia Records on April 8, selling roughly 29,000 total album-equivalent units in its first week.