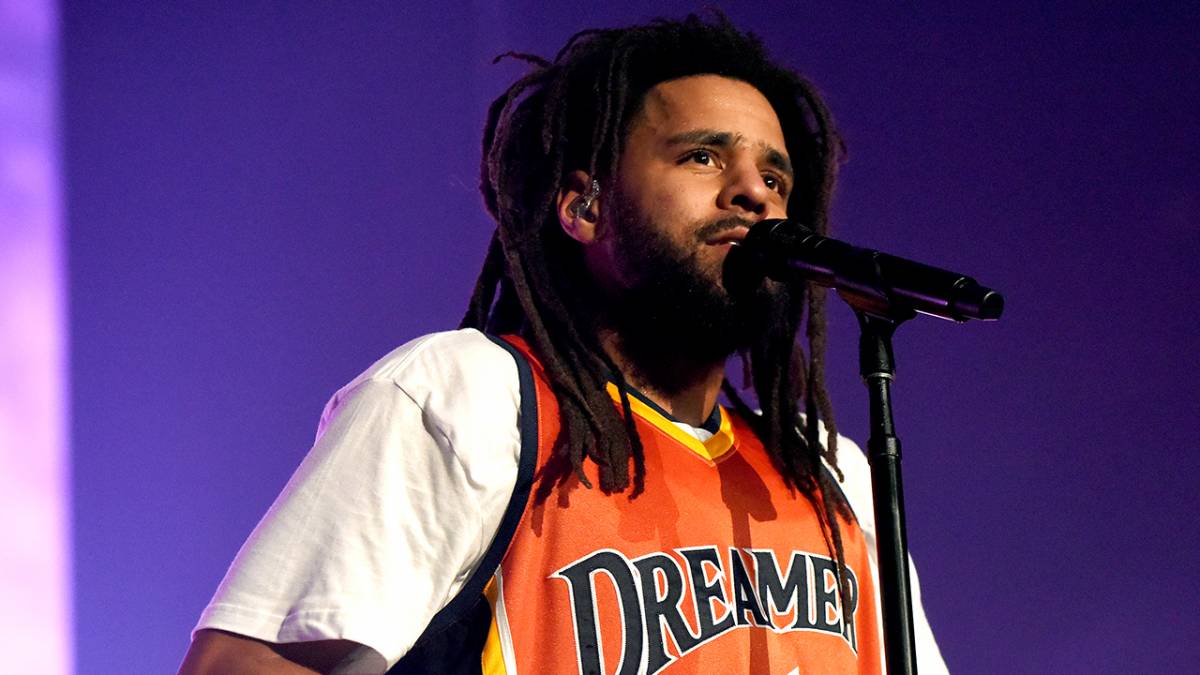 J. Cole Reminds Dreamville Fest Crowd Who's Responsible For His First (& Only) Grammy

The 64th Annual Grammy Awards took place at the MGM Grand Garden Arena in Las Vegas, Nevada on Sunday night (April 3), but many of the artists who were up for awards were noticeably absent — including J. Cole.

While Cole didn’t take home any golden gramophones this year, he was making a splash on the other side of the country at the Dreamville Festival in Raleigh, North Carolina. During Cole’s headlining set, he performed the Grammy Award-winning single “a lot” by 21 Savage. Cole, who was featured on the song, reminded the crowd the London native is responsible for his first (and only) Grammy Award.

J. Cole thanks @21savage for helping him get his 1st award at the #GRAMMYs pic.twitter.com/OHhXLi5PHf

Kanye West, who was up for multiple awards as well, didn’t attend the Grammys either. Following what was described as “disturbing online behavior,” the Recording Academy decided to cut his performance. Instead, Ye spent the day celebrating his cousin’s grandmother’s 85th birthday alongside his “girlfriend” Chaney Jones.

Kanye did end up winning two Grammys during “Music’s Biggest Night,” including Best Rap Song for “Jail” with JAY-Z and Best Melodic Rap Performance for “Hurricane” featuring Lil Baby and The Weeknd, bringing his total count to 24.

Here's What Kanye West Was Doing Instead Of Attending The Grammys

In other Yeezy news, the 44-year-old mogul pulled out of the Coachella Valley Music and Arts Festival where he was scheduled to headline the final night. Kanye hasn’t spoken publicly or used his social media accounts since March when he was suspended by Instagram.