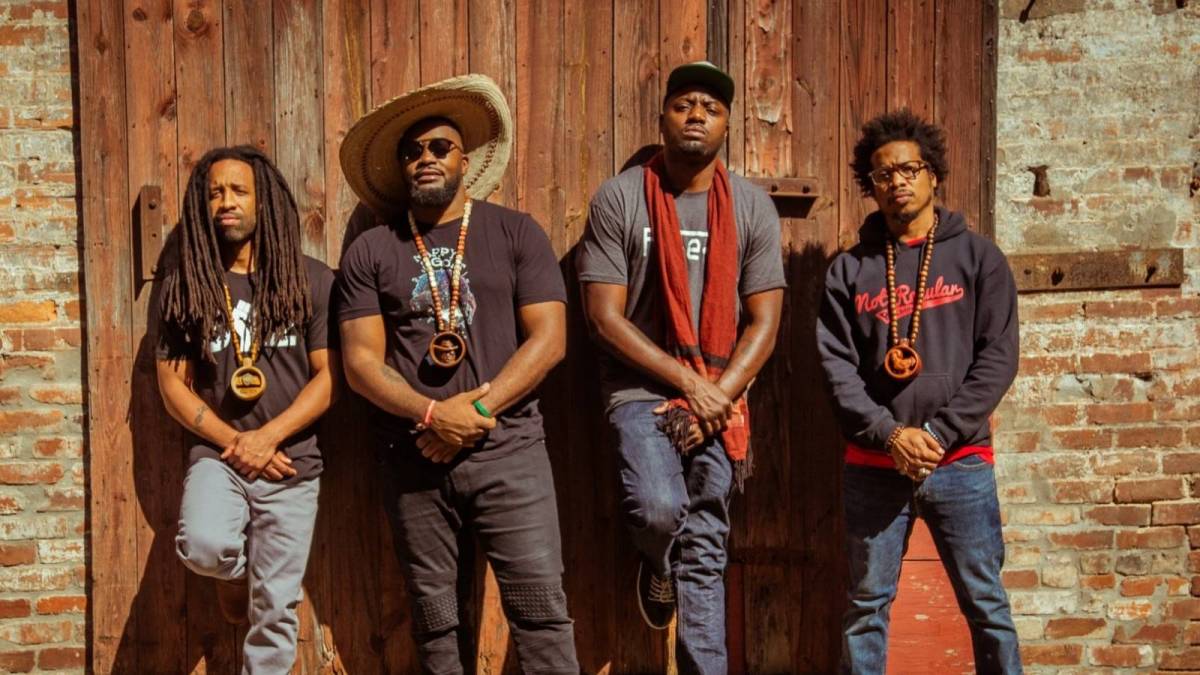 Nappy Roots Reflect On 'Watermelon, Chicken & Gritz' Album: 'It Got Some Country Bumpkins Out Of Kentucky'

Nappy Roots are an anomaly. Until Jack Harlow came along with “WHAT’S POPPIN” in 2020, the group was one of the only rap acts to make it nationally out of Kentucky. Hailing from Bowling Green, Nappy Roots — currently comprised of Georgia native Fish Scales, Skinny DeVille, B. Stille and Ron Clutch — met as college students at Western Kentucky University in the mid-90s.

In 1998, they independently released their debut album Country Fried Cess, which ultimately led to a deal with Atlantic Records. But it was their 2002 album, Watermelon, Chicken & Gritz, that put them on the map thanks in part to the hit singles “Awnaw,” “Po’ Folk” and “Headz Up.” The platinum-selling effort peaked at No. 3 on the Billboard Top R&B/Hip-Hop Albums chart and No. 24 on the Billboard 200, proving Hip Hop didn’t need to fit neatly into a box. With their country slang and rhymes about “ballin’ on a budget,” Nappy Roots were in their own lane.

Watermelon, Chicken & Gritz turned 20 on February 26 and in honor of the momentous occasion, Fish Scales and Skinny DeVille spoke to HipHopDX about the impact the album had on not just Hip Hop but also their lives.

“It got some country bumpkins out of Kentucky,” Deville says. “That’s what it did. But far as what it did for Hip Hop, I think it gave a fresh representation of being from the South, being lyrical and not talking about some of the same things that everyone else was talking about. It gave a lot of people that didn’t live in the excess of money and cars and clothes lifestyles, a way to relate and put words together that most people probably weren’t thinking about at the time.

“I don’t know if we get enough points for that, but that’s kind of what we try to bring to the game with just another way of looking at it without having to talk about money, drugs, hoes, bitches and diamonds. If you listen to our music, we never talk about those things and we still put out eight albums.”

But Nappy Roots couldn’t have recorded the album if it hadn’t been under their terms. Every weekend, they’d drive to Atlanta to work at producer James “Groove” Chambers’ home studio in his tiny apartment.

“We just needed that kind of gritty feel of just kind of surviving, more than we needed to polish up FSL console studio with free cookies every hour, you know what I’m saying?” DeVille explains. “So, we wanted to be gritty and grimy. We was fighting for survival, trying to get back into good graces of a budget. And trying to get where we knew we were shooting for. Atlantic Records made us famous, but we always maintained who we were the whole time. And that album allowed us to get that out the gate. They helped us make a good first impression f0r some boys from Kentucky and Georgia.”

The four-year span from signing with Atlantic to releasing the album had a lot to do with Nappy Roots’ academic pursuits. As DeVille explains, “We were in college, well some of us were. I had graduated in August of 2000. So being signed in ’98, I was still trying to get my degree just in case it didn’t work out. We were trying to figure it out and be college students at the same time. I think we got signed before our time, but everything happened when it’s supposed to.

“We had to struggle. We had to live, we had to see what life was about without the safety net of college. So we can really put those emotions onto the music. If we started out in college, we wouldn’t got that far if we were just rapping about college shit. I don’t think so.”

Fish Scales adds, “I’m very proud of the three that did [graduate from college]. I wasn’t one of the ones that graduated, but I gained so much more a than degree by going to Western. Being the only member that’s not from Kentucky, me going to Kentucky was life changing. I couldn’t see it going any better than the way it went.”

Two decades later, Nappy Roots have their own brewery in Atlanta dubbed Atlantucky Brewery due to their passion for craft beer and microbrewing. While on tour, Nappy Roots collaborated with dozens of breweries and mass-produced several beers across the country. In 2020, the brewery took home the Bronze medal in the Cream Stout category at the U.S. Open Beer Championship. Their latest album, 4ORTY, arrived that same year.

In 2021, Nappy Roots created a docu-style reality-based television series called 40 Acres & A Brew. The show follows Nappy Roots on a road trip to craft breweries across the country where they swap ideas and stories with fellow brewers. The show won the award for “Best Episodic Short” at the Rome International Film Festival last November. Nappy Roots recognize how lucky they are to still have a platform, and have Watermelon, Chicken & Gritz to thank. 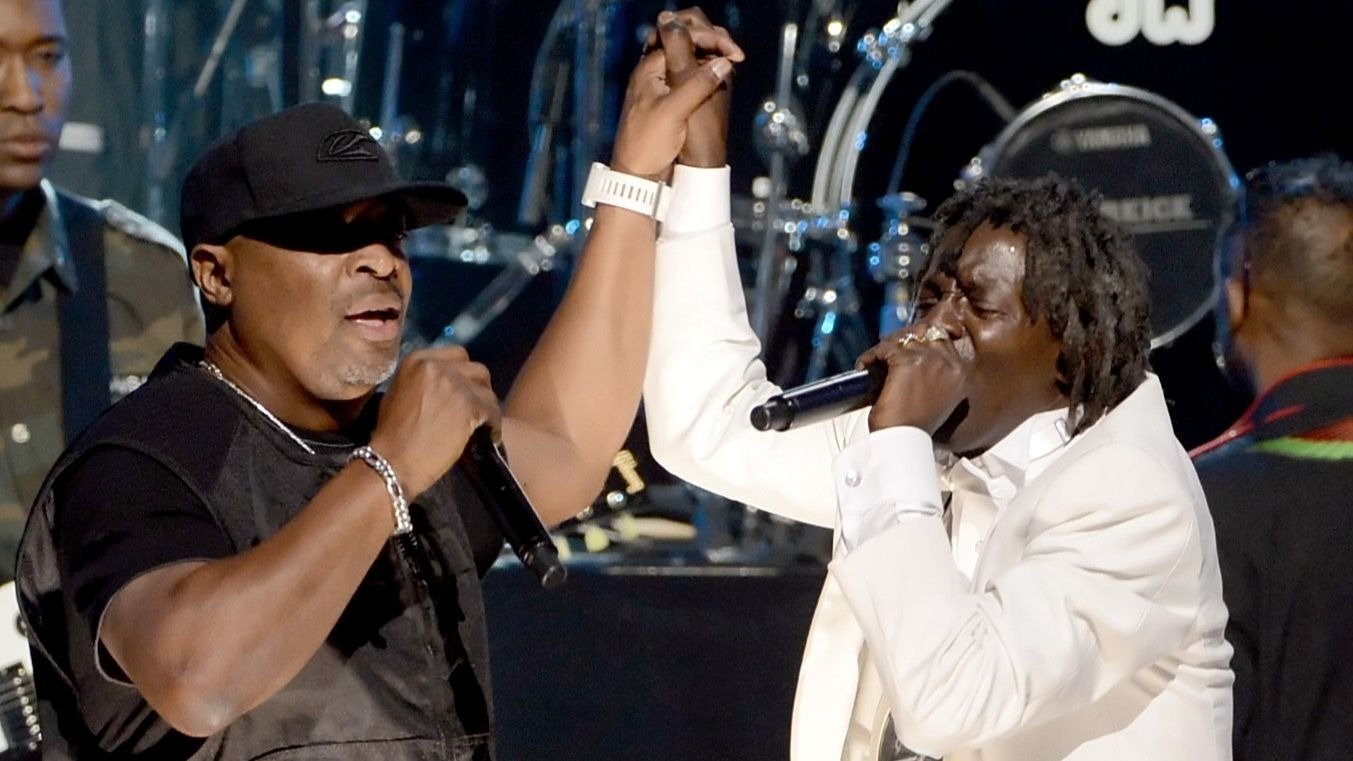 “We’re very fortunate to have our place in Hip Hop mostly because of that album,” Fish Scales says. “A lot of people grew up on that album. We happen to hit them at the right time with the right message, to the point where people grew up with it. And the fact that we’ve been touring since that album, it’s like a family reunion when we go to certain cities.

“We’ve been seeing these people every year for a long time and they started all the way in 2002 with Watermelon, Chicken & Gritz. So we’re very fortunate that people still remember us and that we were smart enough to put out new music to keep it going. But that will probably forever our biggest album, and we’re grateful for it.”

Check back with HipHopDX soon for Part II of the Nappy Roots interview.