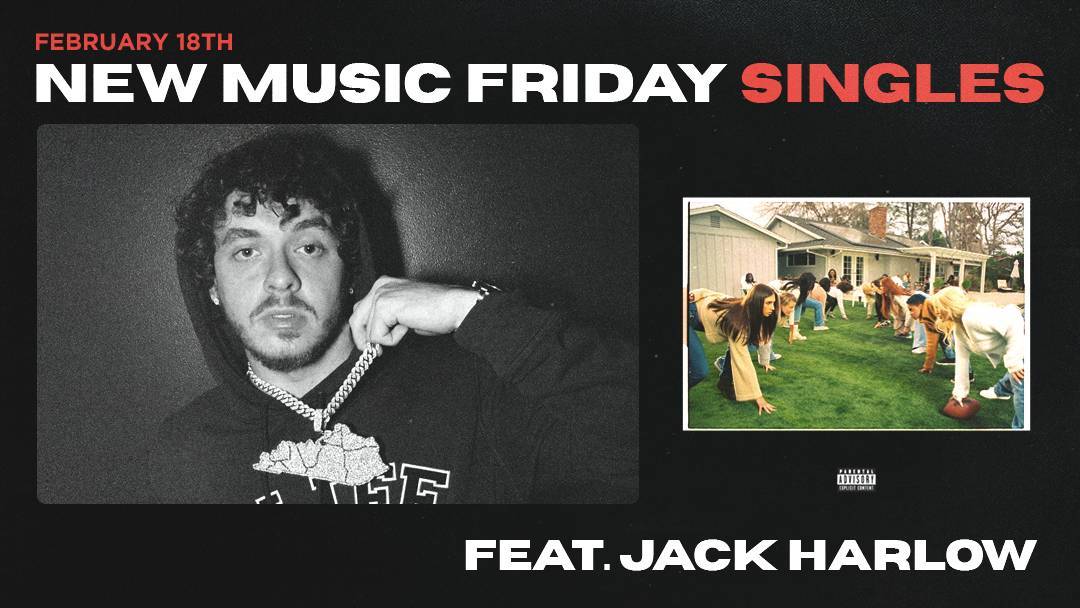 The past week was a tumultuous time in the Hip Hop world, mostly due to a never-ending drama spawned by the artist formerly known as Kanye West.

Through Instagram rants and beef with everyone from Billie Eilish to Kid Cudi, Ye took a hold of the week’s media cycle. But don’t let that be a detraction from the fantastic singles released this week.

Look no further if your playlist needs an upgrade. On this edition of New Music Friday, DX runs through new hits from Jack Harlow, Gunna, Lucky Daye and many more.

After “WHATS POPPIN,” the smash-hit single which launched Louisville rapper Jack Harlow into the forefront of mainstream Hip Hop came his debut album Thats What They All Say.

Though he only released a few verses in 2021, Harlow remained firmly in the spotlight through his contributiion to Lil Nas X’s “Industry Baby” and his Pooh Shiesty-assisted single “SUVs (Black on Black).” Harlow’s now getting the ball rolling again in the new year with his latest single “Nail Tech” which already seems destined for the Billboard charts.

The powerhouse duo of Bruno Mars and Anderson .Paak first took the world by storm in November of 2021 when they joined forces as Silk Sonic and released their debut album An Evening With Silk Sonic.

They’ve just reconnected with “Love’s Train,” a soulful and funk-laden rendition of Con Funk Shun’s 1982 single which distills the pair’s obsession with bringing smooth tunes from past eras into the twenty-first century.

Still living high off his latest No. 1 album DS4Ever, YSL’s Gunna refuses to stop, releasing the smooth sounds of “Banking On Me.”

Produced by Metro Boomin, “Banking On Me” has been a TikTok favorite long before its release, but fans will be thrilled nonetheless to have an official drop. As Metro’s stunning keys wrap around Gunna’s lightly auto-tuned voice, fans are left wondering what’s next.

2022 HipHopDX Rising Star Baby Tate is well on her way to becoming a star. She’s been dropping unapologetic anthems since the early days of 2018’s Boys and has continued to level up.

“What’s Love” and “Sl*t Him Out” make up the Atlanta artist’s latest double single release, the latter being a viral sensation for months now. After her breakout 2021, Tate’s latest drop is hopefully hinting at more music in the coming year.

Kid Cudi’s had a rough week. After yet another riff with longtime collaborator Ye, Cudi is in need of a win. Luckily, that’s exactly what he got with “Want It Bad,” a collaborative single with Nigo.

One of the most influential designers in fashion, Nigo, the creator of acclaimed brand Bape, has turned his attention back to music with the help of music executive Steven Victor. “Want It Bad” follows-up the fiery A$AP Rocky-assisted “Arya” and continues to build anticipation for his forthcoming project.

San Antonio, Texas rapper Mike Dimes raps with no holds barred. His energy is instantly contagious, as evidenced by his mega-hit “NO TRENDS” and now with “HOME,” his latest single.

On “No Trends,” Dimes leaned into a flow that lands somewhere between Ski Mask The Slump God and $NOT, but on “HOME,” the rapper leans deep into a Texas bounce, reminiscent of the sounds of classic Lone Star State rappers such as Lil Flip and Maxo Kream while still remaining steadfastly unique.

Not satisfied? Make sure to stream this week’s Honorable Mentions: SAINt JHN’s “For The Squadron” and “Wait Too Long” by Buddy featuring Blxst.