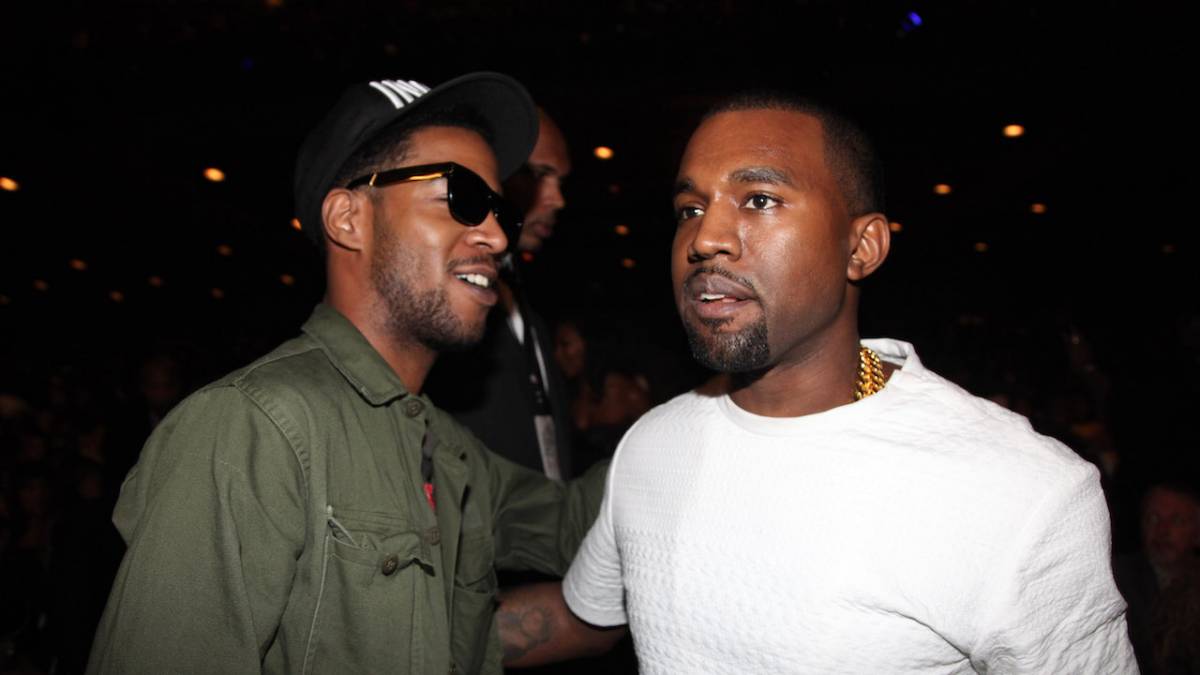 Kanye West and Kid Cudi formed Kids See Ghosts in 2018 during the Wyoming recording sessions. After delivering one album as part of Ye’s 2018 G.O.O.D. Music blitz, the duo went back to their respective corners.

Kanye has delivered multiple projects over the last four years, including 2021’s Donda, while Kid Cudi finally dropped Man On The Moon III: The Chosen in 2020. But apparently, Kanye doesn’t want his Kids See Ghosts collaborator to be involved with Donda 2 solely because of his friendship with Pete Davidson.

On Saturday (February 12), Ye posted an Instagram post explaining why he was cutting Kid Cudi from the album while throwing another jab at pop star Billie Eilish.

“JUST SO EVERYONE KNOWS CUDI WILL NOT BE ON DONDA BECAUSE HE’S FRIENDS WITH YOU KNOW WHO,” he wrote. “WE ALL SPEAK IN BILLIE LANGUAGE NOW.”

Kid Cudi has since responded to Kanye’s declaration in a series of Twitter posts, one of which he deleted.

“Too bad I don’t wanna be on ur album u fuckin dinosaur hahaha,” he wrote and later deleted. “Everyone knows I’ve been the best thing about ur albums since I met you. Ima pray for u brother.”

When a fan suggested Kanye West and Kid Cudi’s online dispute wasn’t worth losing a friendship and called Ye “annoying AF,” Kid Cudi responded with, “Very.” He followed up with, “God opens the door so the wrong people can exit ur life.”

Kanye West launched a public tirade against the Saturday Night Live actor once he started dating his estranged wife Kim Kardashian. The two have been spending ample amounts of time together since initially meeting on the SNL set last October as Kardashian was hosting the long-running comedy sketch show. In fact, Davidson just referred to Kardashian as his “girlfriend” for the first time this week.

In January, Ye took a shot at Davidson on the Game-assisted single “Eazy” in which he raps, ““Boujee and unruly, y’all need to do some chores/Rich ass kids, this ain’t yo mama’s house/Climb on your brother’s shoulders, get that top ramen out/God saved me from that crash/Just so I can beat Pete Davidson’s ass (Who?)/And my new bitch bad, I know Illuminati mad.”

Fans were also convinced Kanye threw another jab at Davidson on the Fivio Foreign single “City Of Gods” earlier this week when he spit, “This afternoon, a hundred goons pullin’ up to SNL (What?)/When I pull up, it’s dead on arrival/They act like they love me, they don’t even like me.”

As for the Billie Eilish reference, Kanye demanded she apologize for seemingly dissing Travis Scott during a recent concert. Eilish abruptly stopped her performance to help a fan who was struggling to breathe and at one point said, “I wait for people to be OK until I keep going.” The press went wild with the comment and accused Eilish of criticizing Scott for the deadly Astroworld tragedy last November.

Kanye wrote in a since-deleted Instagram post, “COME ON BILLIE WE LOVE YOU PLEASE APOLOGIZE TO TRAV AND TO THE FAMILIES OF THE PEOPLE WHO LOST THEIR LIVES NO ONE INTENDED THIS TO HAPPEN. TRAV DIDN’T HAVE ANY IDEA OF WHAT WAS HAPPENING WHEN HE WAS ON STAGE AND WAS VERY HURT BY WHAT HAPPENED AND YES TRAV WILL BE WITH ME AT COACHELLA BUT NOW I NEED BILLIE TO APOLOGIZE BEFORE I PERFORM.”

Eilish, taking note of the chatter, tweeted in response, “literally never said a thing about Travis. Was just helping a fan.”