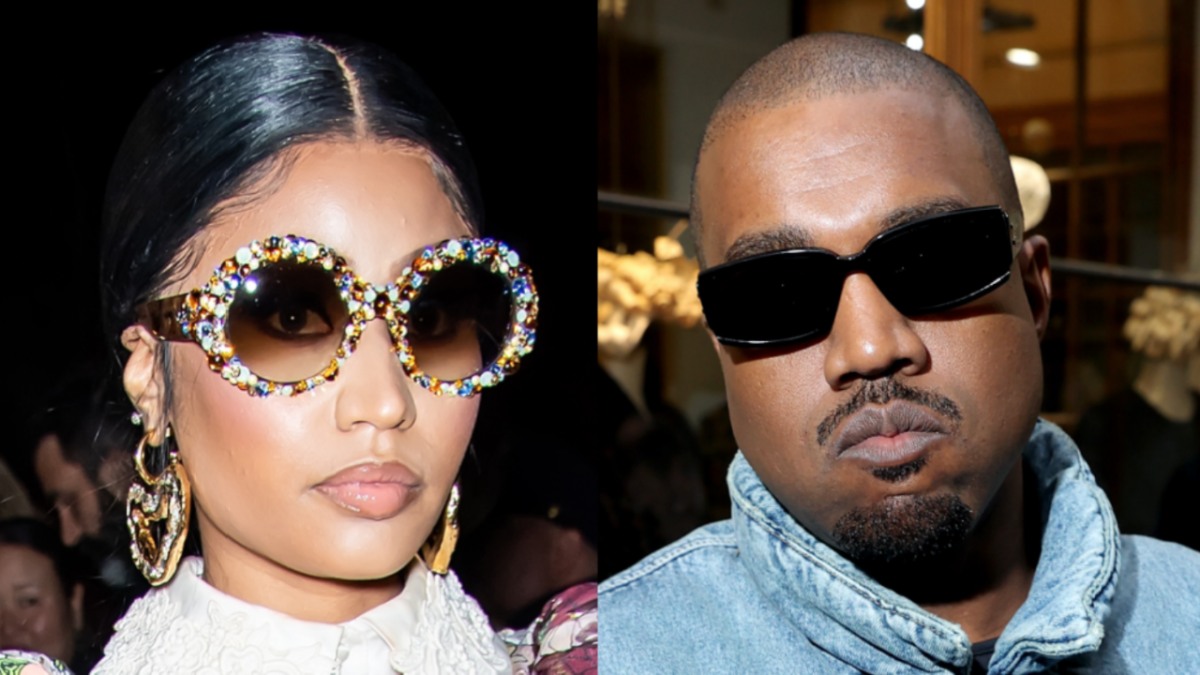 Nicki Minaj reunited with Kanye West on “New Body” for his Yandhi album in 2019, but the release date came and went, with their collaboration ultimately getting shelved. During a recent interview with Hot 106, she explained how Kanye’s decision to record a gospel album was the reason for the song not dropping.

“I respect everybody and where they are in life, where they are spiritually,” she said. “The public adored ‘New Body.’ Like, ‘New Body’ is the biggest hit record that never came out. So what I thought was interesting was that Kanye made me write my ‘New Body’ verse four times over in order to fit into where he was creatively and spiritually in his life, right, only to then, I go on the internet a few months later to see him on Drink Champs.”

She continued, “I missed it by a year, I guess. Had ‘New Body’ been out when he was not in his gospel era, then it would’ve seen the light of day. But, it didn’t, so it wasn’t meant to be. Everybody knows that’s the hit that got away … I think the ship has sailed for ‘New Body,’ everybody has come to love the original way they heard it.”

During an interview with The Shade Room in October 2019, Nicki Minaj revealed she was asked to re-record her “New Body” verse in order to turn it into a gospel track for Jesus Is King. However, she claimed she wasn’t “seeing eye to eye” with Kanye West.

“What’s funny is that I did a song with Kanye, that he now wants to transform into a gospel song,” she said. “I done wrote three different verses chile, and I don’t know. We ain’t seeing eye to eye on it. I don’t know, but of course, I love and respect Kanye, and Kim, we’ll see what happens with that.”

When a leaked version of “New Body” went viral on TikTok in June 2020, Minaj said she would reach out to Kanye about dropping the song, while telling fans to spam Kim Kardashian’s comments on social media. Just months later, the song’s other collaborator, Ty Dolla $ign, also referenced it on his track “Status,” which appeared on his Featuring Ty Dolla $ign album.

“I told Ye to drop the OG ‘New Body,'” he raps on the song. “I told Ye to run for president/He said, ‘Dolla, you too good to put your voice on that generic shit.'”