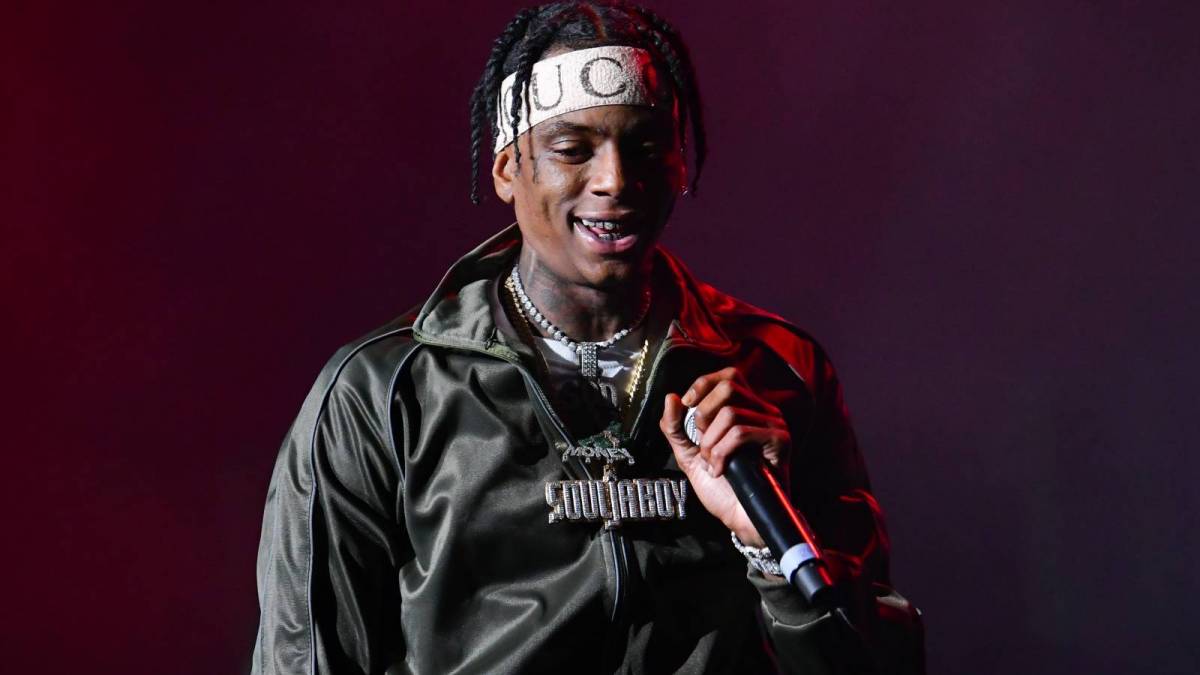 Soulja Boy Is Loving Every Minute Of His OnlyFans 'Nude Leak'

Soulja Boy is the star of his own REVOLT series called The Life of Draco, which is expected to premiere on January 21. But for now, the colorful rapper is trending for an entirely different reason. On Tuesday (January 11), the “Crank That (Soulja Boy)” mastermind became the latest rapper to experience a nude leak, although this one could be possibly os his own doing.

Soulja Boy tweeted about his OnlyFans page just this week and apparently has plenty of explicit content on the platform. Someone who apparently paid the fee to see alllllll of Soulja Boy took several screenshots of his private area and promptly spread them online.

But there’s a sense Soulja Boy doesn’t really mind being a trending Twitter topic, especially with the reactions his photos are receiving. Since his name exploded online, the 31-year-old has been retweeting posts that read things such as, “Soulja boy im trynna be yo Soulja Girlllllll” and “Lmaoooo after I seen that picture Soulja boy got every reason to act how he do.”

Dave East, Trey Songz, Nick Cannon and Safaree have all fell victim to the “nude leak” at one point. Just last month, Cannon was the talk of Twitter after some particular photos of the 41-year-old started making the rounds.

One of the snaps found Cannon hosting The Nick Cannon Show wearing a nice suit and tight pants outlining what appears to be his entire penis. Another put his manhood on full display for the world to see. Meanwhile, East had his female fans frothing at the mouth in 2019 after a an alleged photo of his nether regions hit the web.

But poor Swae Lee was ridiculed after he accidentally exposed himself during an Instagram Live in 2018. Swae quickly hopped on Twitter to assure his fans it was a mistake. “I was tryna see my tattoo,” he wrote. “Accidentally posted.”

Whatever the case was with the Rae Sremmurd rapper, reactions to Soulja Boy’s apparent faux pas are pouring in. Check some of them out below and look out for HipHopDX‘s upcoming interview with Big Draco soon.

Going to see Soulja boy about a horse ???

Okay Soulja Boy I see you. Soulja Boy up in this hoe. pic.twitter.com/5TIdnsof21

I hope Soulja Boy has a wonderful day today ?❤️

just seen soulja boy’s meat what has this world come to. pic.twitter.com/Ia0TWSJS9b

Soulja Boy is skinny and crazy .. We should’ve known that thang was thanging pic.twitter.com/WqLrZZgN59

See, I’d comment about Soulja Boy but the first thing y’all is do is “AiNt yOu GoT a MaN” and ine want punch nunna y’all in y’all mout. pic.twitter.com/nFxHp8rppo