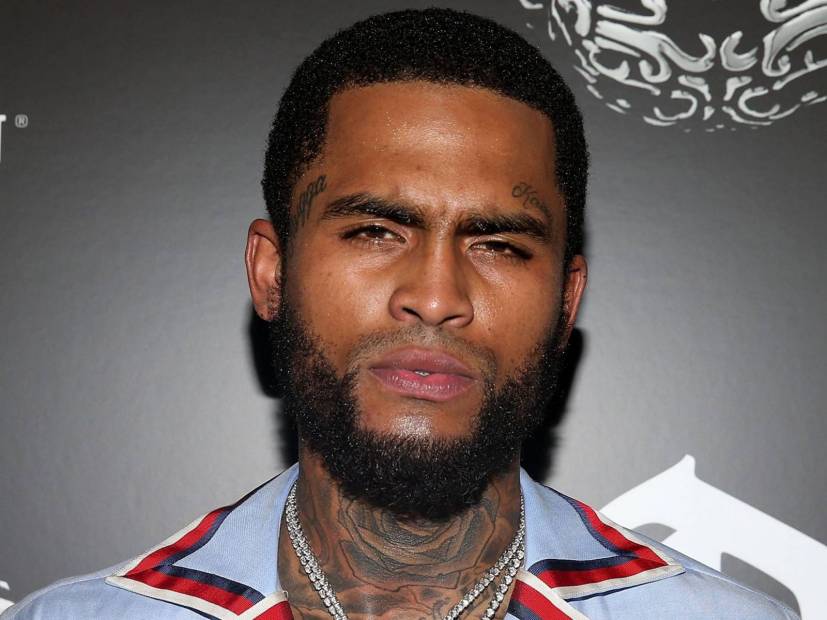 Twitter – Dave East is allegedly the latest artist to have intimate photos leaked online — but his female fans (and some of his male fans, for that matter) aren’t complaining.

Several nude photos of who is believed to be the Harlem-bred rapper were leaked in a curious Dropbox link on Wednesday (June 5).

Twitter quickly exploded with reactions to the perceived leak, with many people requesting to get a look at all East has to offer.

But some Twitter users had their doubts. One particular tweet pointed out the man’s lack of leg tattoos when it’s a known fact East has several.

also please leave my man dave east alone! those are not his nudes bc he definitely has leg tattoos & i ain’t spot a single one in those pics/videos 😤

Others weren’t exactly impressed by what they discovered, while some of those commenting seemed to think East’s manhood was serving him well.

Check out the various reactions below.

Ive been scrolling for 12 mins .. but where’s the Dave east link pic.twitter.com/MwfMVYcCLf

me, a nosey bitch: *searches dave east on twitter to see why everyone is tweeting about him* pic.twitter.com/DVDa8GZFMa

Dave East nudes are perfect. I don’t know why y’all continue to encourage the narrative that you want a whole horse penis rearranging your insides is fun and enticing because it isn’t.

I don’t know who Dave East is, but his dick is actually nice…. pic.twitter.com/eLSyQCG25y

Call me crazy but I like Dave East’s thang thang pic.twitter.com/PzHcZFcJhj

I just KNEW Dave East had a nice thicc one! But this .. this is still decent. He can still Harlem Shake the dust off my walls in Timbs and a fitted any day. pic.twitter.com/klLQpa5F8T

Everyone talking abt Dave East and I’m sittin here waiting patiently to stumble upon it pic.twitter.com/NC85nwZUgg

Okay I see yall talking about the Dave East pics but- pic.twitter.com/m0qUhSlHtJ

Everybody posting about Dave East nudes but don’t wanna share the link. 🙄 pic.twitter.com/8BE5zK95E4