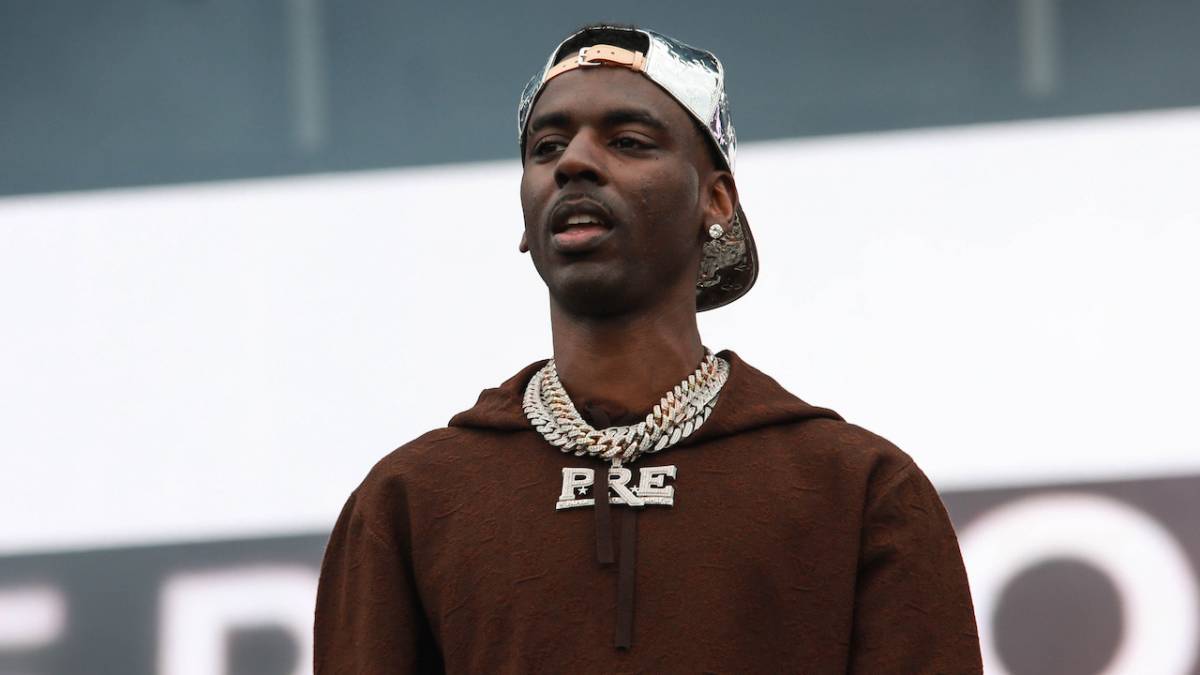 The U.S. Marshals, Tennessee Bureau of Investigation and the Memphis Police Department are currently on the hunt for 23-year-old Justin Johnson, who they believe is the man responsible for Young Dolph’s November 2021 murder.

More details have surfaced around Johnson’s identity and apparently he’s a rapper who goes by the moniker Straight Dropp. After Johnson was identified, people quickly found his Instagram account and discovered at least one photo of interest. In the picture, posted just 12 days before Dolph was gunned down in front of Makeda’s Homemade Cookies in Memphis, Johnson is wearing a Paper Route Empire charm on his belt.

Another photo making the rounds shows Johnson posted up next to Young Dolph, proving there’s a deeper connection than just a random shooting. The two are standing next to each other at what appears to be a party while Dolph holds a giant stack of cash.

Johnson reportedly has a rap sheet with the local police, too. According to a post from Akademiks, Johnson was arrested in 2017 for allegedly shooting up a Memphis bowling alley. The story reads in part, “A Teen charged in the shooting January 31st at Billy Hardwick’s All Star Lanes in east Memphis has been arraigned. Justin Johnson remains behind bars on $250,000 bond. Police say about 11:30 p.m. Tuesday, Jan. 31, a large group started fighting in the lobby of the lanes.

“They say 18-year-old Justin Johnson left, got a gun from a car in the parking lot, and returned, firing several times into the bowling alley from the front door. He left in a silver 4-door sedan. Four people were hit or grazed by bullets. All are expected to be okay. A warrant was issued for Johnson for 3 counts of attempted second degree murder, employment of a firearm during the commission of a dangerous felony, and vandalism.”

Johnson is described as 5’8″ and 190 pounds with black hair and brown eyes. He has a tattoo that reads “Jaiya” on his right arm. Fox13 Memphis reports law enforcement agencies are offering a combined reward of $15,000 for information leading to his arrest since he’s been able to evade police for so long. Johnson has been added to the TBI’s “Most Wanted” list