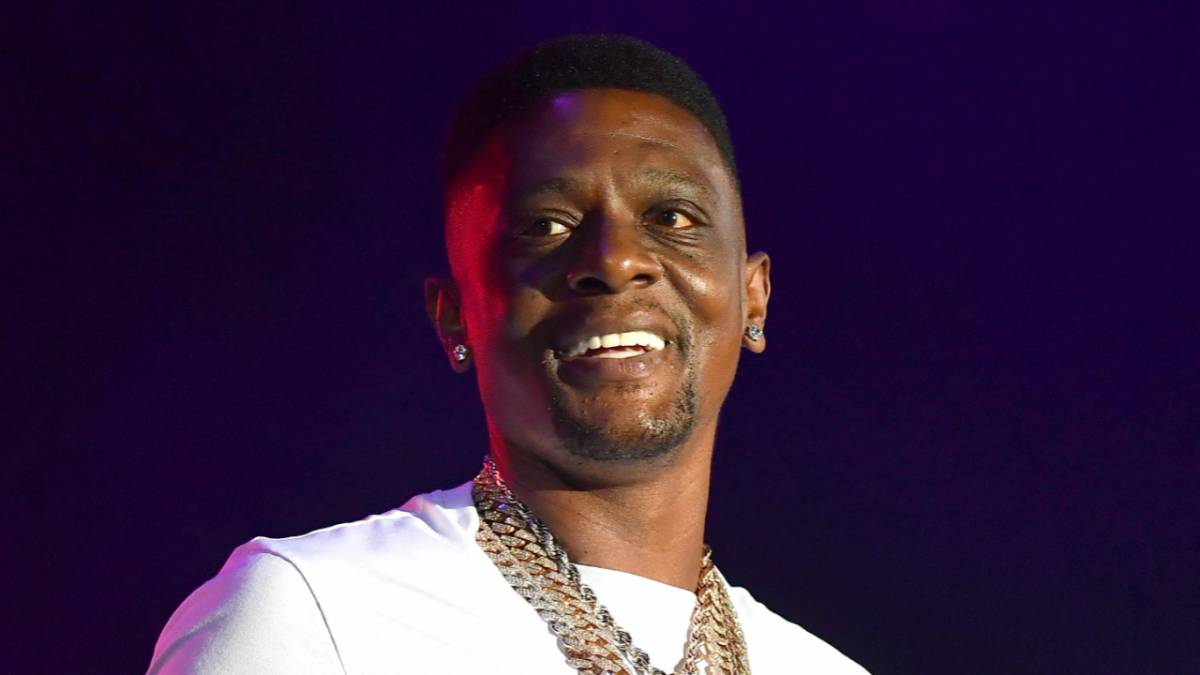 For better or worse, Boosie Badazz makes more headlines for his moves outside of the studio than his actual music these days (that’s not to say he doesn’t continue pumping out music at a steady clip, though).

Whether it’s becoming an ordained minister, enraging historic college fraternities by wearing their attire without permission or continually barking at the openly-gay Lil Nas X, the Baton Rouge native is in the news seemingly every week thanks to his bizarre antics.

Rest assured, the Boosie shenanigans aren’t going anywhere in 2022. Earlier this week, the “Wipe Me Down” rapper took to the skies to head somewhere snowy for a family vacation, as documented on his Instagram account.

“WHERE THE HELLL THESE KIDS GOT ME VACATIONING AT SMH I WOKE UP N LOOKED OUF THE WINDOWS,” he wrote while sharing his view of snow-capped mountains from the plane. “LIKE WTF.”

Rather than hitting the slopes, though, Boosie Badazz was more interested in meeting the local wildlife. In one Instagram clip, the 39-year-old announced his plans to go on a bear hunt.

“Bitch, I got a Walmart sweater on and I’m looking for bears,” he said while standing outside of his holiday cabin. “Bitch, I want to look face-to-face with a bear… That’s my bucket list. Bitch, I’m finna find a bear. Yeah, I want to look in that bitch face.”

Boosie didn’t have to wait long to get his wish. On Tuesday (January 4), he posted a video of his close encounter with a bear. The 51-second clip doesn’t actually show a bear, but Boosie can be heard saying, “I saw some eyes!” while his wife plays bear hunting calls on her phone outside the cabin.

“I SAW BEAR EYES,” Boosie wrote in the caption of the video. “YouTube got a real BEAR CALL. WE OUTCHE.”

Whether Boosie Badazz gets to tick “meet a bear” off his bucket list remains to be seen, but it’s back to business for the Baton Rouge rapper when he returns home from vacation. The 39-year-old announced in November he’s enrolling at Jackson State University in 2022.

“I wanna feel normal,” he said in his video announcement. “I missed that part of my life, so I wanna enroll and try and walk down that thang and go to class and try my brain. ‘Cause I still have matter up there that needs to be explored.”