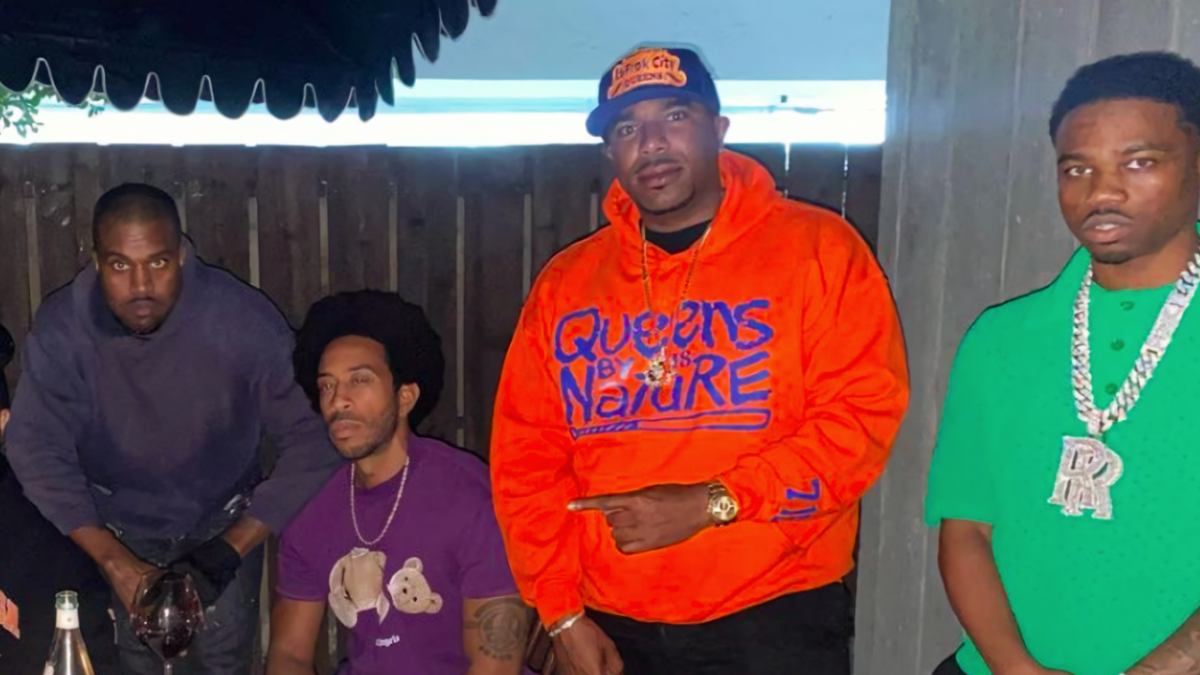 Kanye West has been racking up the air miles in recent weeks as work on his next album, Donda 2, has begun.

The Chi-Town native has been spotted hitting the studio with Scarface in Houston, ringing in the new year with Future, Quavo and French Montana in Miami, and hanging out with Shyne and Rap-A-Lot Records founder J. Prince in Belize.

Kanye was seen linking up with more famous faces in Miami on Monday (January 3) when N.O.R.E. posted a photo of him and Ye with the caption, “Yappy new YEAR YE!!! Yappiest I ever saw day Yalla!!!”

Of course, Kanye West recently sat down with N.O.R.E. for an explosive Drink Champs interview, while the Yeezy billionaire has taken Roddy under his wing, recruiting him for Donda’s “Pure Souls” as well as one of his Sunday Service performances.

It’s been a while since rap fans have seen Kanye and Luda in the same room, but the rap veterans go way back having collaborated on songs such as “Stand Up,” “Breathe In Breathe Out” and the Boost Mobile jingle “Whole City Behind Us.”

One artist who missed their chance to chop it up with Kanye West in Miami, though, is Kodak Black. On Sunday (January 2), the Florida native revealed in an Instagram video he was supposed to connect with Ye the night before to discuss “business,” but for whatever reason, the meeting never transpired. 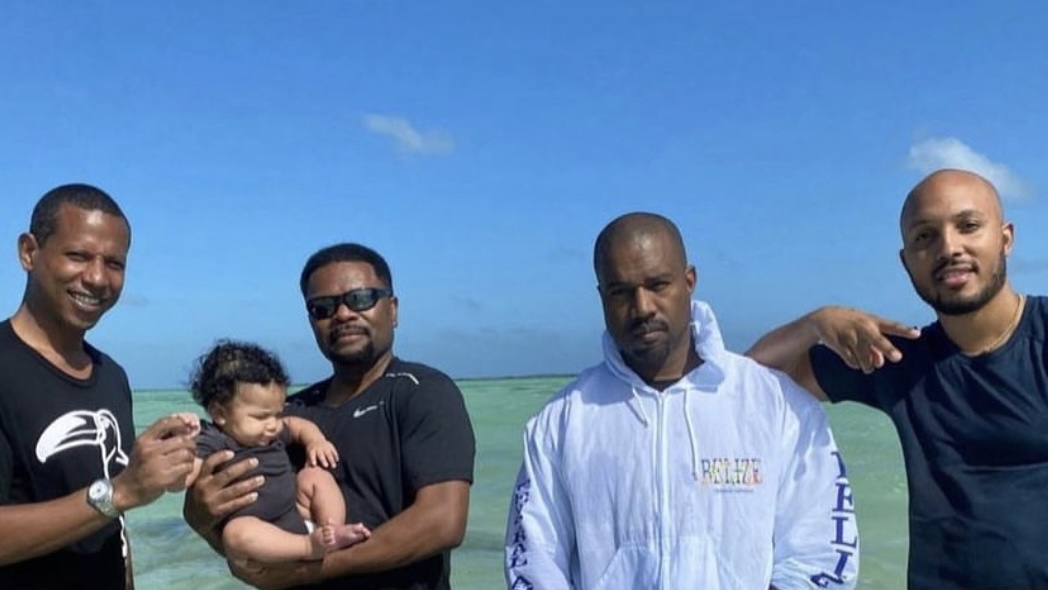 Needless to say, the squandered opportunity has left a bitter taste in Kodak’s mouth.

Kanye West’s recent trip to Miami isn’t solely about business, though. The soon-to-be-divorced father-of-four was spotted on a romantic dinner date with Uncut Gems actress Julia Fox on New Year’s Day. Things appear to be heating up quickly as the couple are said to be “kindred spirits.”

Where — and with whom — Kanye’s jetsetting lifestyle takes him next remains to be seen.