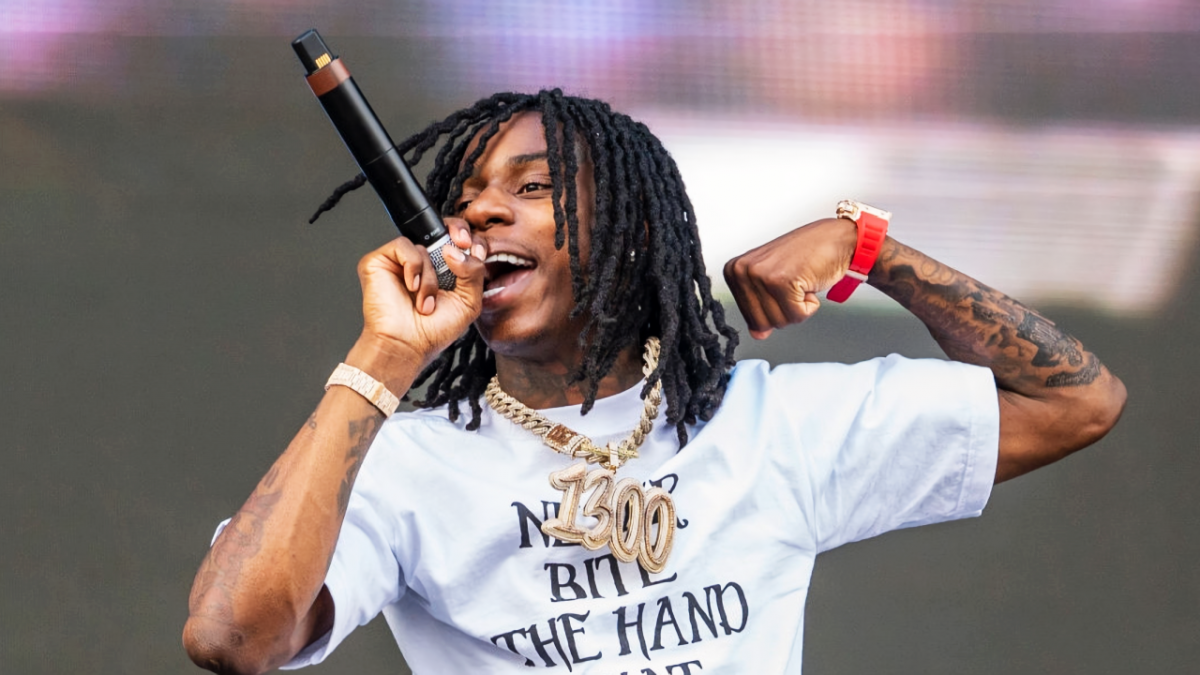 Polo G closed out 2021 with a wild spending spree, and as shown by his purchase at Amiri in New York, he isn’t slowing down. On Sunday (January 2), the 22-year-old rapper took to Instagram to show off the receipt from his latest blowout at the luxury brand.

“Just did a dub in the Amiri store my bday onna pull up,” Polo captioned the photo with a demon emoji. The receipt shows $18,880 was spent just on clothes alone but due to the $1,676 charged for taxes, the Chicago rapper ended up spending over $20,000 at the store.

The “RAPSTAR” lyricist’s latest shopping spree comes after he already dropped $75,000 on courtside Lakers tickets for himself and his brother on Christmas. He also bought other pricey gifts for the rest of his family.

“Paid 75k Fa Dem Lakers vs Nets floor Tickets on gang shit was worth it fasurrrreee,” he wrote in a tweet screenshotted and shared on Instagram.

Polo G also gifted his son Tremani a French Bulldog and his sister Lailani a custom diamond chain. As for his 16-year-old brother, rapper Trenchbaby also got a 2022 Range Rover SUV worth over $93,000.

Polo G has been quite paid after the stellar 2021 he had. In an Instagram video shared on December 8, Polo G tossed around bricks of cash in the middle of a mansion whose worth exceeded $2.2 million.

“Lol I popped out w 2.2 million dollars,” he started off in the caption. “Young N-gga only 22 I come from nun fr dis just inspiration. YK Imma pop my shit every chance I get. I’m still humble tho lol youngest richest n-gga from my city & that’s A FACT….but yea lmk in the comments if u want the video???????? I’ll drop tonight.”

He also used the video as a PSA for anyone who wants to ever identify fake dollar bills.

“So, what I was thought was, you always scratch that jacket right there,” he said while rubbing the bill. “You see on that fake money that jacket don’t make noise. I learned that from selling dope.”

Revisit the inspirational video below.