Rick Ross sat down with DC Young Fly, Karlous Miller and Chico Bean for an episode of the 85 South Comedy Show on December 17 but mysteriously disappeared 37 minutes into it. The hosts were told he had to catch a flight, but DC found that excuse incredulous.

Rick Ross asked to use the restroom really quick mid interview. He sneaked out and left the building 😂 pic.twitter.com/7lCqLEkWUa

But comedian Corey Holcomb has his own theory as to why the Maybach Music Group CEO pulled a Houdini. During a taping of the D’s Loose Talk About Bullshit with Darlene Ortiz, Holcomb suggested Ross left the show after realizing none of the hosts were homosexual.

“Out of nowhere Rick said he had to use the bathroom to take his jacket off … after some good time had passed, Ross’ team informed the show that Ross had departed,” Ortiz read. “He caught a flight. They were like, ‘What the hell?’

Holcomb chimed in, “That boy showed up at the 85 South Show and realized ain’t none of these n-ggas gay. I’m leavin … he was around all heterosexual n-ggas. Don’t nobody say that. N-gga, we know what it is. Y’all muthafuckas get mad at me. N-gga, let me tell you something. If Rick Ross watching this, let me tell you something — stop hiring drivers. Drivers always tell on ya, n-gga. I know what happened at LAX with that boy.”

Realizing the potential damage Holcomb might cause, Ortiz made her stance adamantly clear with, “That’s not the thought of everybody on this show.”

Rick Ross has been the subject of gay rumors before. In 2014, 50 Cent shared an Instagram post that insinuated Diddy, Ross and former record executive Steve Stout were involved in a ménage à trois. He wrote in the caption, “I ain’t saying nothing, but something ain’t right. Lmao.” He deleted the photos shortly after posting them.

Ross responded to the post while speaking to The Morning Show, suggesting he was too busy succeeding in life to worry about slanderous rumors. 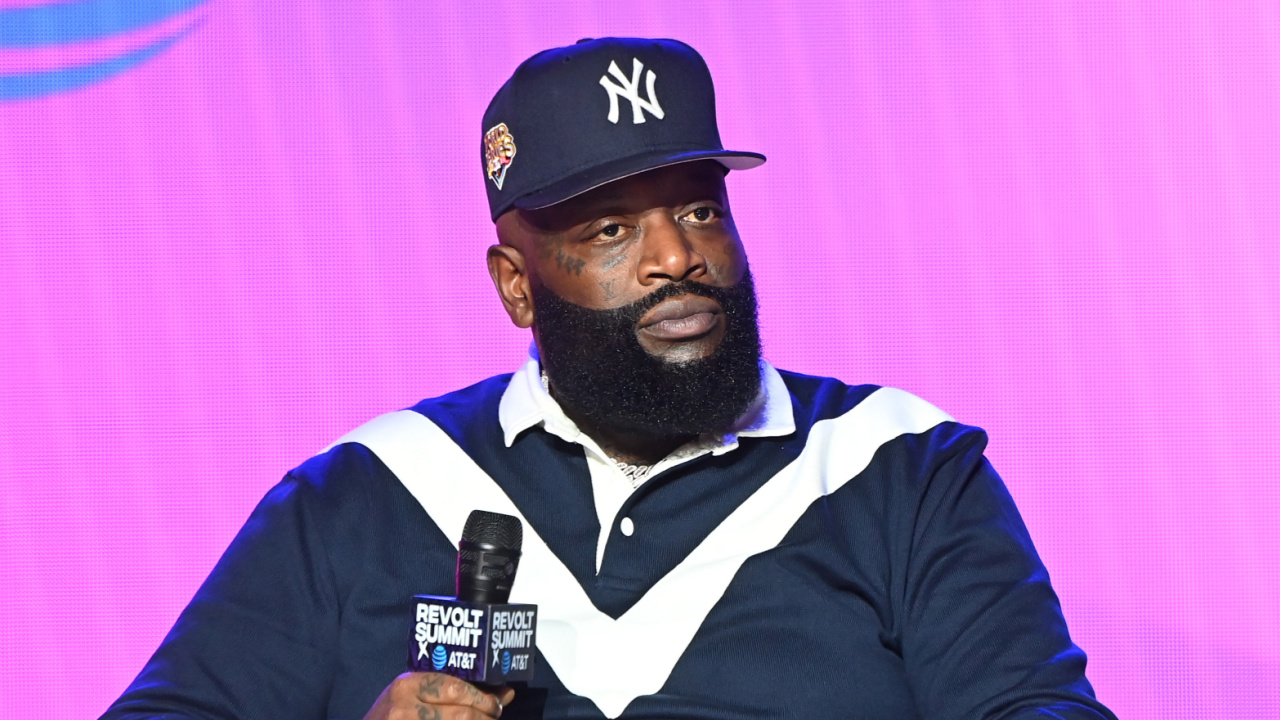 Rick Ross Pulls A Fabolous By Abruptly Ghosting Interview: 'How He Gon' Disappear Like That?'

“Over time, if you personalize everything that is said in each competition,” he said at the time. “This is why they changed the terminology from ‘battling’ to ‘beefing.’ It was always that battling was a part of the culture. They didn’t do that until Tupac and Biggie Smalls’ situation. That’s when it became taboo to actually mention an artist’s name.”