21 Savage has been getting a jump start on the 2022 MVP rapper race and returned on Friday (December 31) to close out the new year with two brand new tracks.

The tracks, “No Debate” and “Big Smoke,” were teased on 21’s Instagram Friday morning.

While 21 Savage hasn’t released a standalone solo project since 2018’s critically lauded i am > i was, the rapper was hard at work in 2021, appearing on a slew of massive records that included features with J. Cole, Drake, DJ Khaled, Nardo Wick and even the late Pop Smoke just to name a few.

RapCaviar attempted to list out his biggest features of the year on Twitter last week and asked the public to pick their favorite one. The Atlanta rapper himself responded, but didn’t pick any of the songs RapCaviar included. The 29-year-old instead listed out his cousin Young Nudy’s “Child’s Play” as his favorite feature of the year.

The Coupe-produced song appeared on Young Nudy’s DR. EV4L album, which dropped in May and featured other appearances from Lil Uzi Vert and G Herbo. 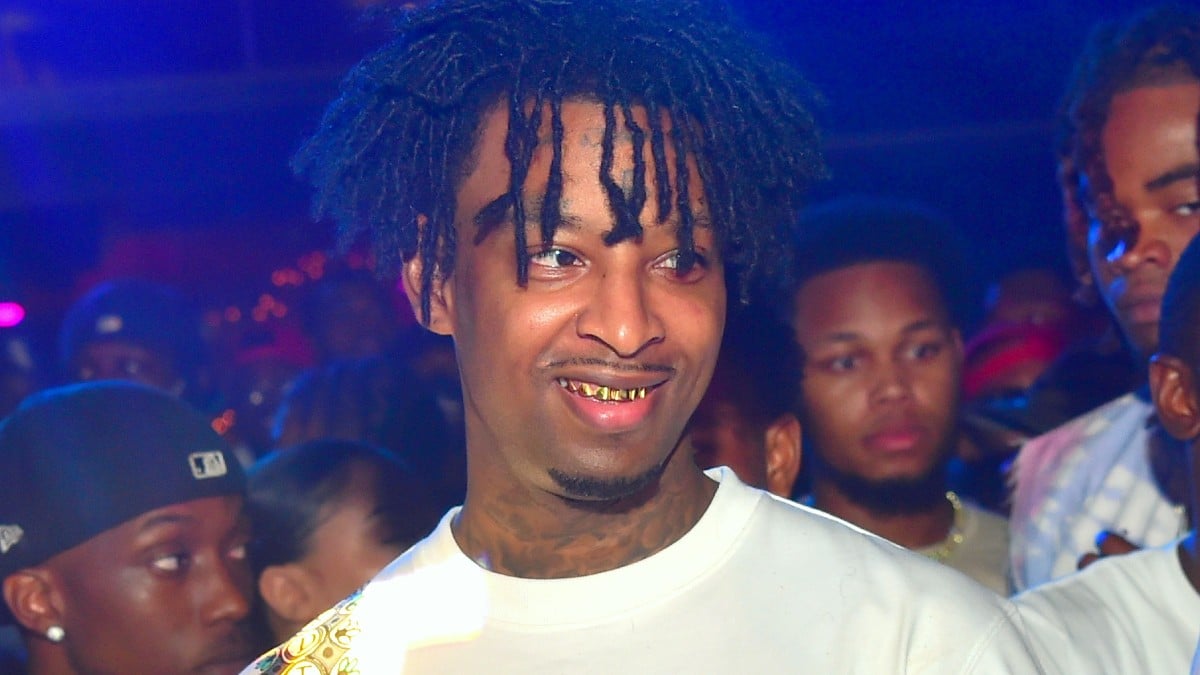 Many of 21 Savage’s collaborations were massive chart-toppers l in 2021. J. Cole’s “My Life” peaked at No. 2 on the Billboard Hot 100 and received nominations for Best Rap Song and Best Rap Performance at the 2022 Grammys. Drake’s “Knife Talk,” which featured 21 and Project Pat, reached No. 4 on the Hot 100 with 200 million Spotify streams.

21 did also construct a four-track EP this year to soundtrack the Chris Rock and Samuel L. Jackson-starring horror movie Spiral: From The Book of Saw. The soundtrack included features from Young Thug, Gunna, and Young Nudy.

Listen to “No Debate” and “Big Smoke” below.