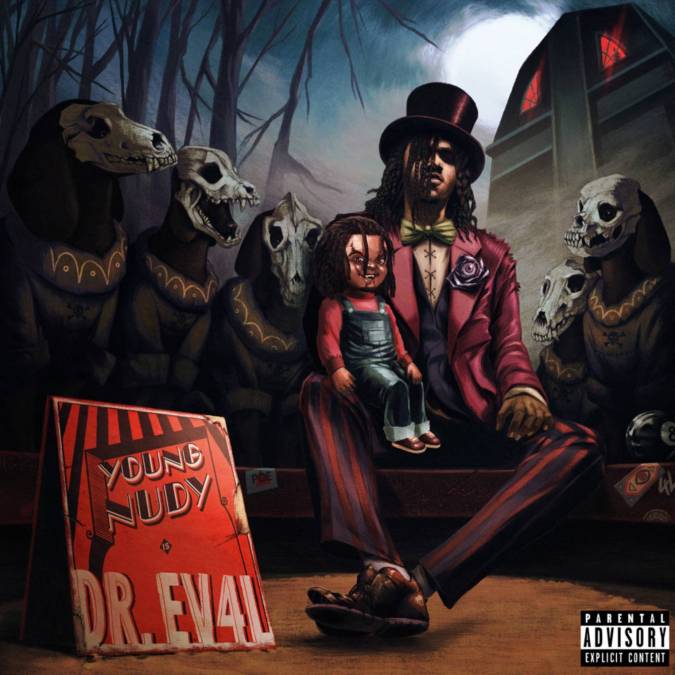 Nudy is an enigma. He makes high-octane trap with enough latent bounce to collapse the average house party dance floor. Yet, his voice is disarming, quiet as if to draw the listener into the speaker to live with him forever. The victims of his beckoning find themselves enraptured in a world of horror unparalleled elsewhere in Hip Hop.

On DR. EV4L, Nudy’s lyrics traverse familiar Atlanta territory. He loves women, lean, his fellow 4L members, and of course, money. But no matter how many Herculean flexes he includes, the focus is on the bloodshed. The mind reels trying to understand Nudy’s character, that of a night-dwelling monster completely void of conscience.

In rap music, murder is usually treated with due finality, if not reverence. Even the most trigger-happy rappers understand the consequences of the action: the torment, the lost sleep, the prospect of freedom forfeited.

None of those Dostoyevskian worries seem to trouble Nudy. He recounts gruesome slayings with the same glee with which he compares $100 bills to blue cheese. Nudy’s careless terror is so potent that even nonsensical lines (“you don’t wanna be a taco”) raise the heart rate. We don’t know what it means, but you can be sure you do NOT want to be a taco.

The production credits, handled by 20ROCKET, BavierOnTheBeat, and COUPE, to name a few, are dialed into Nudy’s inner demon. The haunting, icy instrumentals feed a specific and dangerous part of the brain. Each track is packed with unsettling sounds that coalesce into an Edvard Munch painting of a project: disorienting, terrifying, but beautiful in the most heightened sense of the word. 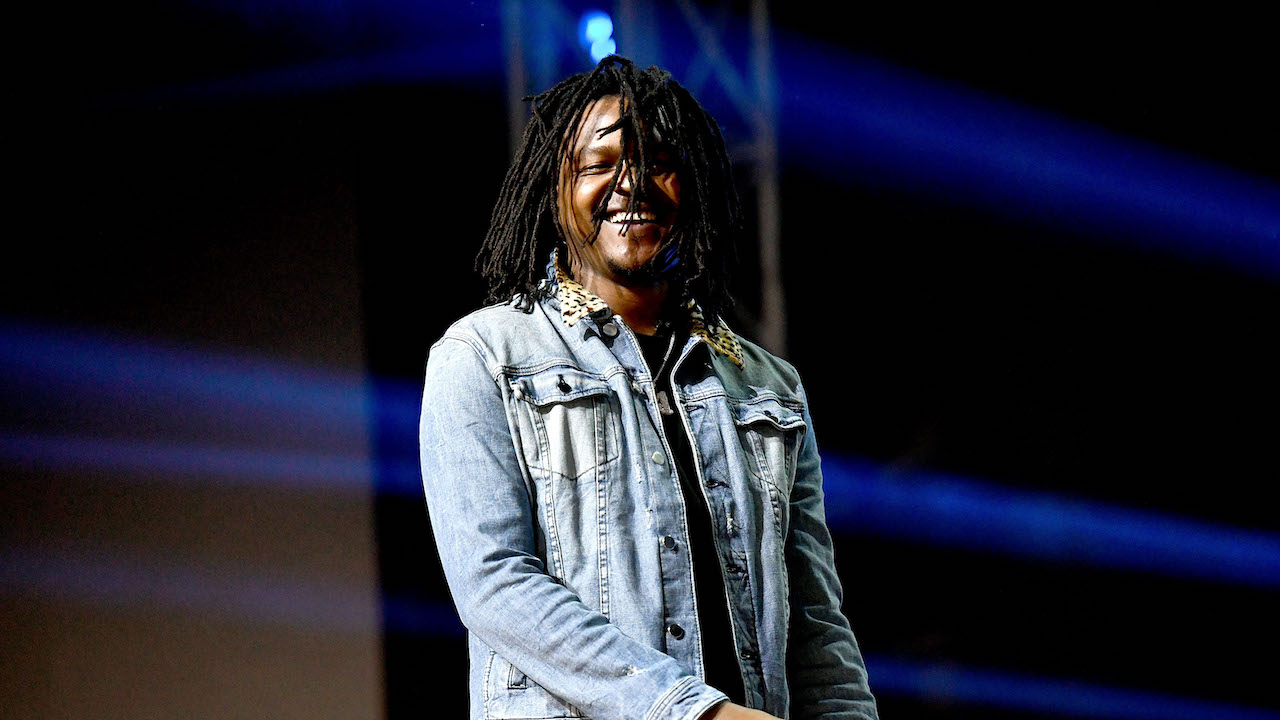 Nudy’s pen is as sharp as his knife, the beats complement his velocity and tone, and the rare features work to further develop his brand. When Lil Uzi Vert says “Only thing I think about is murder, murder,” on “Yellow Tape,” the cute absurdity forces a laugh. However, on the same song, when Nudy says, “That’s why I just sip all this syrup and I just think ’bout murder,” suddenly it isn’t funny anymore. The room stills, and eyes bulge.

Though it is unnervingly authentic, DR. EV4L is not perfect. The typical criticisms of Nudy projects also apply here: namely that he is unwilling or unable to experiment. All 13 tracks follow a rigid model, testing the patience of casual listeners and devotees alike.

At this point, Nudy seems perfectly comfortable in the box the rap world put him in. Looking ahead to future projects, fans should feel pretty confident in expecting another blooded walk through the macabre carnival that is Nudy’s brain.

It’s one of the darkest major label releases known to rap, adding a hellish layer to Nudy’s eclectic persona. Featuring verses likely plucked from the Necronomicon, Dr. EV4L is a warped ride where Nudy lovingly embraces his inner goblin, standing as an album destined for Satan’s Spotify wrapped.

Dr. EV4L by Young Nudy is my favorite rap album of the year and I want more of my friends to listen to it and talk about it ASAP honestly

Young Nudy on the ad-libs after rapping about killing you and your whole squad pic.twitter.com/wjK6e0QLUQ

i wonder if young nudy knows he saved music