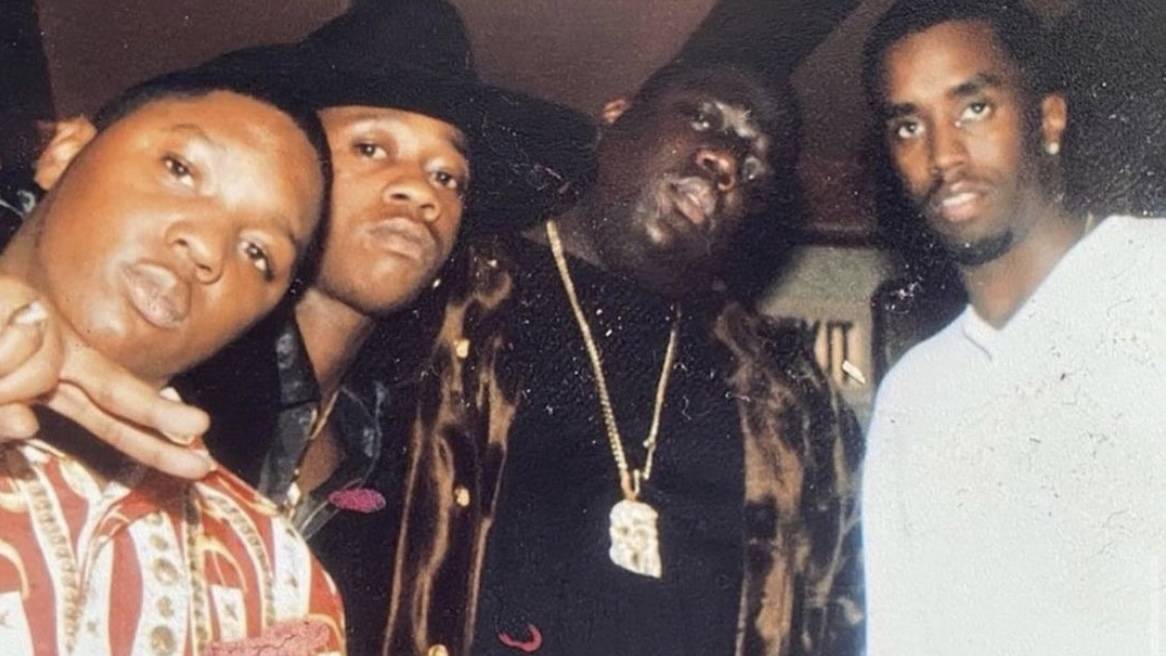 The East Coast–West Coast Hip Hop rivalry in the ’90s took a serious turn when Suge Knight dropped his infamous speech at the 1995 Source Awards. In his diatribe, Suge dissed The Notorious B.I.G., Diddy and Bad Boy Records as a whole in one of the most talked-about moments in Hip Hop history.

In the latest segment from his interview with VladTV, Junior M.A.F.I.A.’s Lil Cease spoke about that crazy night and how things were initially calm until Suge took the plunge and dissed the Bad Boy Records family.

“I didn’t know if [Suge] and Puff had no beef,” he said. “We didn’t know about them havin’ no issues and situations like that. We didn’t think nothin’ of it because while we was there during rehearsals and things like that, we was actually seeing them, seeing Daz [Dillinger], saying wassup to Snoop [Dogg]. Everything was all fine!”

Cease continued, “They had other issues going on in there … Bone Thugs was beefing with, I think, Death Row at that time with the Eazy-E shit, but it was cordial and mutual with us. We didn’t think nothing of the situation. We didn’t know that they was tryin’ to sign 2Pac. We didn’t know nothin’ that was goin’ on, so everything was all love until [Suge] got on that stage and said that shit.”

The Bad Boy Records family was taken aback by Suge Knight’s statements that night, with various members of the collective taking it a declaration of war. According to Cease, Biggie’s friends from Brooklyn were ready to start some trouble — but Diddy shut all of that down.

“Shit could’ve went different in there,” he remembered. “Puff being Puff, [he said] ‘Nah, we’re not going to go that route. We going to let it be.’ But nah, the Brooklyn n-ggas, the Biggie n-ggas, they was ready to get it on and poppin.’ But Big really trusted Puff and took Puff’s word.

“We just let it be. You see when Puff got on stage and did the total opposite; after the man dissed him, he got up there and was like, ‘Yo, I got love for the brother. He’s cool. Misunderstanding’ … Puff is the one that’s responsible for putting Big in the position where he at and Big saying, ‘Chill. Stand down.'”

Diddy tried his best to alleviate the tense situation by getting on stage at The Source Awards that year and expressing there was no issues between him and Suge Knight, but sadly that wasn’t enough. A year later, 2Pac was hit in a drive-by shooting in Las Vegas and succumbed to his injuries days later. Biggie met the same fate when he was gunned down in Los Angeles six months later.

Lil Cease has previously said he believes Biggie and ‘Pac could’ve squashed their beef had they actually spoken to each other following the 1995 Source Awards. That was made clear last year when Cease explained how Biggie told Junior M.A.F.I.A. and other members of Bad Boy Records not to respond to Pac’s 1996 “Hit ‘Em Up” diss record.

“That’s why Big didn’t make a record,” he said during an Instagram Live interview with Fatman Scoop. “At the very beginning, Big didn’t rush in and make a diss track. He was like, ‘Nah.’ He told everybody, ‘If you make a record, I’m not fuckin’ with you. Don’t call me, don’t fuck with me. If you respond to anything, you will be cut off.’