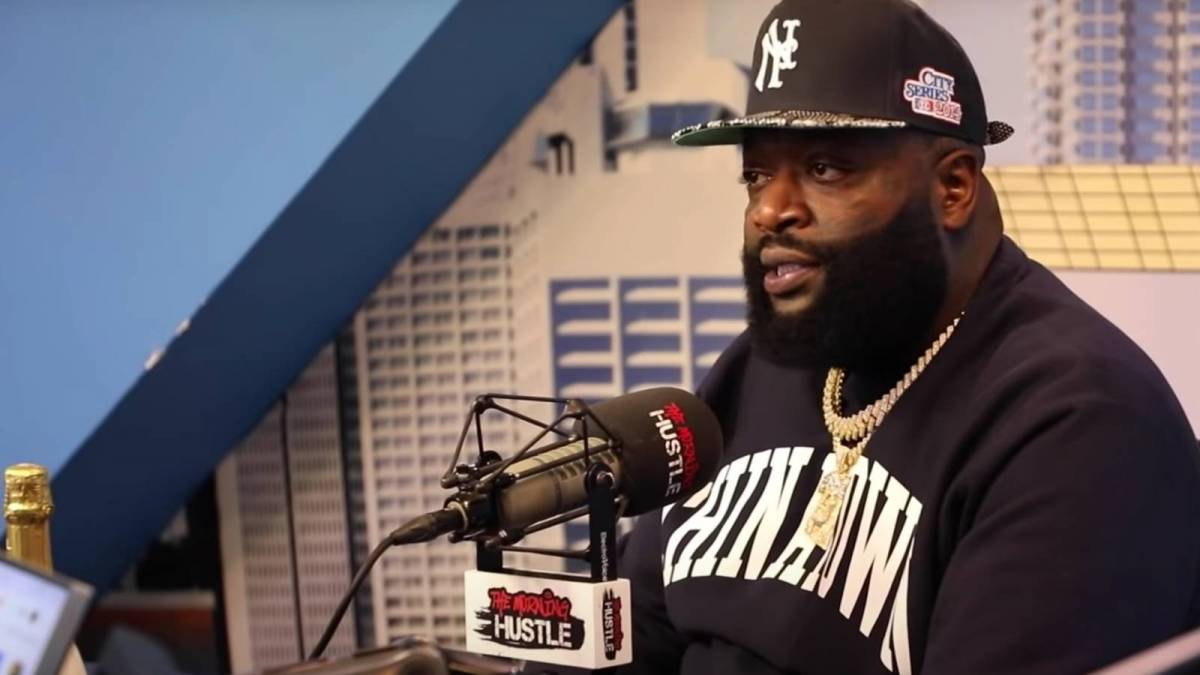 Meek Mill seemingly called out both Atlantic Records and Maybach Music Group via Twitter in October, claiming he hadn’t been paid what he’s owed. But MMG boss Rick Ross doesn’t believe those comments were directed at him. Speaking to The Morning Hustle, the 45-year-old entrepreneur directed the blame toward Atlantic for their perceived rift.

“I’ma be honest, when Meek taking a jab at anybody, the only way I can assume is he’s doing that at Atlantic Records,” he said. “All we ever did was get paper and it’s real easy to say a n-gga name. Ain’t nothing to — you feel me? I know what it is when me and Meek always got money. He a boss now. We done been down 10 years. Is he signed to Maybach Music? Yes, he is. But he’s also a boss and real bosses give other bosses opportunities to become bigger bosses.

“Go, man. Go buy the biggest shit in Dubai, man. Let’s go be billionaires. And if I’m only gonna get $7 billion and you get $20 billion, God is great! That’s all it is. Is it any pressure? It ain’t no pressure. And always remember, it’s real easy to make it clear when it’s pressure.”

Ross was initially unwilling to speak about Meek Mill’s since-deleted Twitter rant, telling Complex last month, I don’t respond, that’s how. That’s all we’ve ever did was win and I’ve never responded to anything, because I’m the boss, and the boss ain’t got to respond. You keep winning.”

The Richer Than I Ever Been artist eventually expounded on the topic with TIDAL’s Elliott Wilson, however, and explained he gave Meek the “space to grow” years ago.

“Y’all be down with the team long enough, we all know how to move forward and get money, now let’s do it,” he said. “And once again, [you’re] an individual with a lot of position, cash that in, man… I didn’t take it personally at all. I personally felt, that’s the homie shaking the tree trying to renegotiate with Atlantic.

“‘Cause me signing Meek, I brought Meek to the city before the homie, he was a youngster… when it came to getting money, I always made sure he was in the best situation.”

Ross is currently doing the press rounds to promote his new album, the aforementioned Richer Than I Ever Been. According to HITS Daily Double, he’s going to need the extra promo.

Early projections state the album is expected to move roughly 30,000 total album-equivalent units in its opening week, which should equate to a No. 20 debut on the Billboard 200. If those projections are correct, Richer Than I Ever Been will mark the lowest-selling and lowest-charting album of Ross’ career.