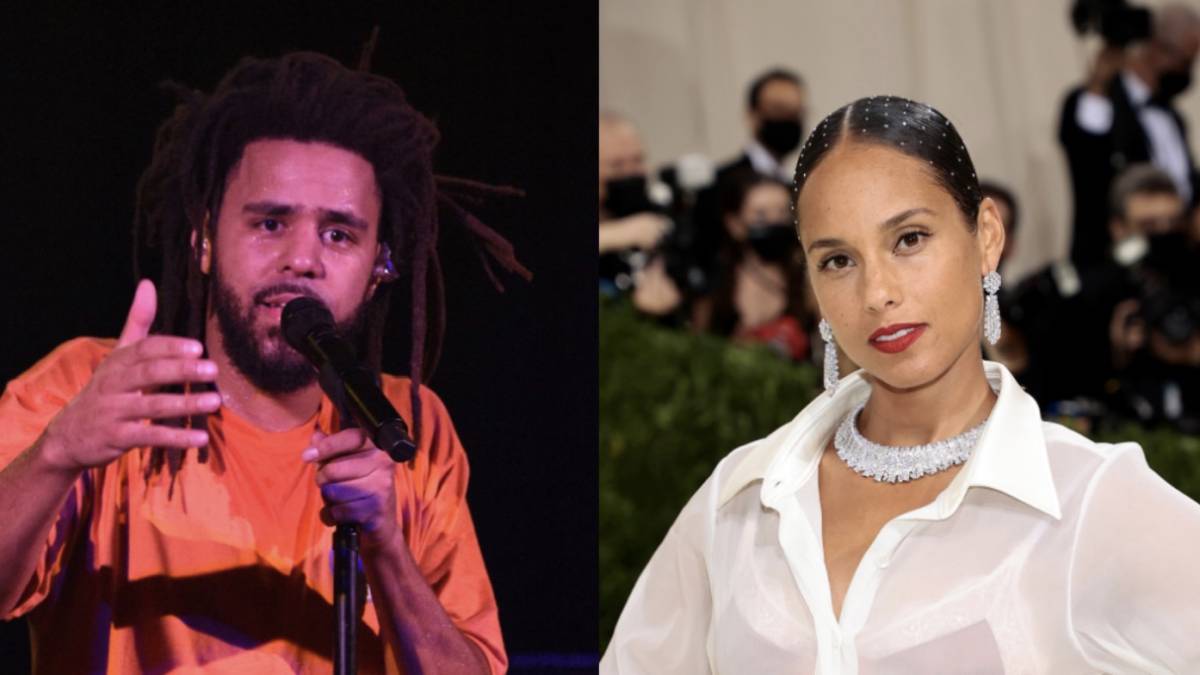 There was a time when J. Cole was a teenager and had his sights set on meeting Alicia Keys at one of her first concerts back in the day. Cole was determined to get Alicia’s attention, but she ignored him as any artist leaving a concert would.

During a recent interview with Complex, Alicia Keys spoke about that encounter years ago and how funny it was to hear about it again. According to Alicia, she doesn’t remember that whole scenario even happening.

“I heard the story, and I think the story is amazing,” Alicia said. “Definitely can’t say that I remember the look I don’t know if the look made it to me. He might have had the look, but I might not have been there. I might have been too far to see the look.”

She continued, “I don’t remember it, but he clearly remembers it, and it’s a good vibe, you know, because it’s really cute because everybody has a story like that. You know that person that they just ‘if I could just get in front of them they would feel me I know it.'”

The two ended up getting in the studio to record a song together, but the record was left off the tracklist of Alicia Keys’ new album, Keys, which is set to drop Friday (December 3).

“That’s the first time we connected,” she said. “He came through, he happened to be in the same place. We were talking, we were conversating, building. And then we just kinda happened to fall on some vibes or some things or some flows.”

The R&B legend revealed there are two to three tracks that fans may get to hear one day but it all depends on the right timing.