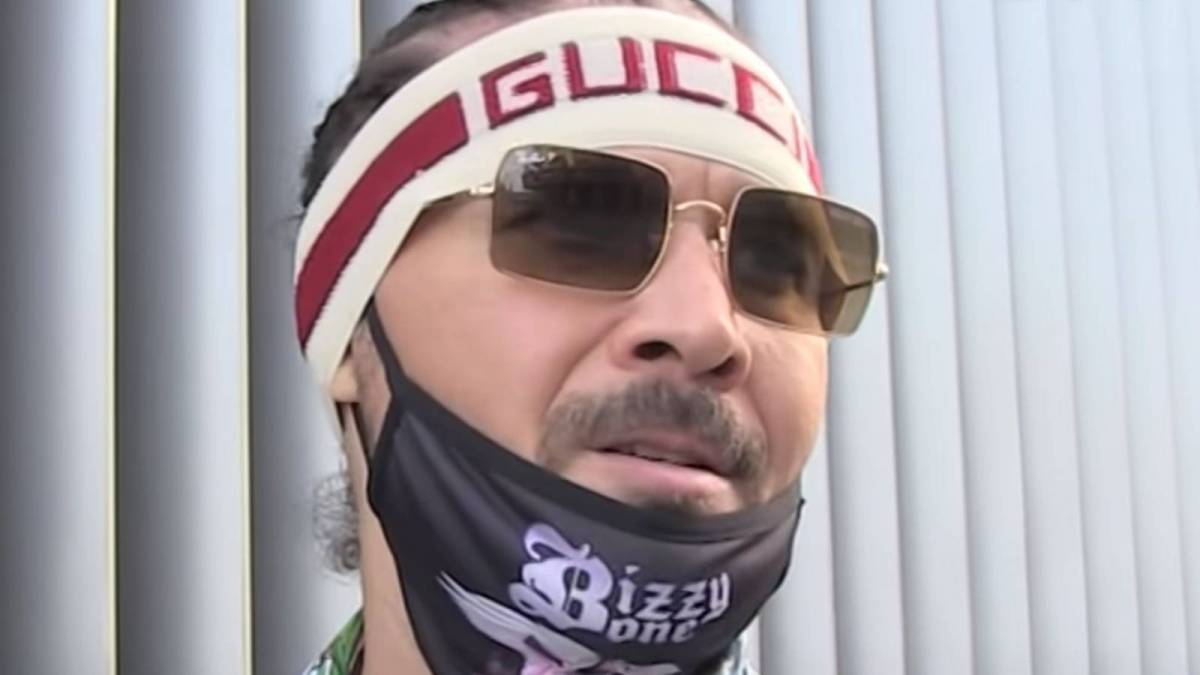 Bizzy Bone Says He Spoke To Swizz Beatz Post-Verzuz Fight: 'He Wasn't Talking About Us'

In a brief video interview with TMZ on Friday (December 3rd), Bizzy Bone spoke about what was said to ignite the flare-up, telling the paparazzi the heated scuffle was ultimately not that big of a deal and chalked up the beef as simply a by-product of high-level Hip Hop acts coming head-to-head in competition.

“It ain’t really about bothering me it’s just about class it’s just about being a grown man and being in the heated at the moment and shit like that,” Bizzy Bone told TMZ. “So everybody pretty much understood what it was you know from you know from what everybody was telling me there’s like you know you really ain’t do no wrong you know but you know it is what it is man it happened it’s Hip Hop man people fight.”

Bizzy Bone went on to explain that after he spoke to multiple family members and representatives at the Triller organization by phone, who all encouraged him to go back on stage, he got on a call with Swizz Beatz — who also assured him everything was just fine.

“I called Swizz he was he was in Dubai, Swizz told me you know he was like, ‘it’s hip-hop b like I ain’t tripping’,” he said. “And everybody was acting like he was saying something he wasn’t talking about us. We do our own prayers, we have no problem with no money we ain’t asking no special cups or none of that we street dudes. So he wasn’t talking about us but of course he being politically correct and I dig that and I appreciate that about it.”

While Bizzy Bone maintains he and Swizz Beatz have been on good terms since immediately following the VERZUZ beef, it appears the multi-platinum producer was upset with at least one of the rap supergroups as the events unfolded.

During the live stream of the event on Instagram, Swizz seemed to vent his frustrations with either one or both of the groups, commenting on their extensive requests and exorbitant booking fees.

“Artist be acting all the way out talking about I’m not going on stage until my Favorite cup is in my room,” Swizz wrote at one point in the comments section of the Livestream. “Talking about we not going on stage until my homie call from Rikers and do the prayer. Ain’t did a show in 23 summers and want to charge us like the sold out stadium prices! Taking about yesterdays prices is not todays price shit.”

Swizz Beatz also went in on the lack of punctuality by the artists, revealing he may put new rules in place for performers who can’t make it on time for their sets.

“New rule if you don’t start on time you don’t get paid on time!!!! ” Swizz wrote. “Verzuz is not free!! They charge us 5x they do non black shows… Culture. Coming on stage after getting paid 10 shows in one VERZUZ just to get on stage Drunk AF and late, I’m just saying. Ok let me watch the show now.”

Swizz Beatz getting sum off his chest in the comments #VERZUZ pic.twitter.com/MLdKlC1G9S