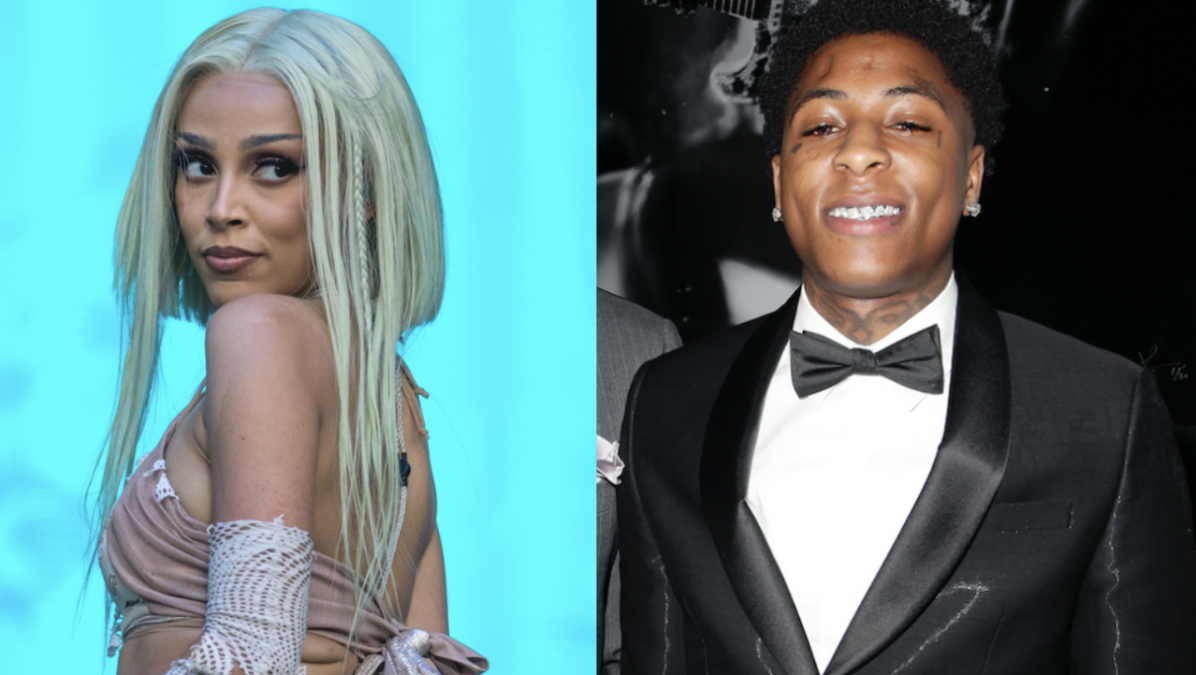 NBA YoungBoy has been laying low since being released from prison under strict house arrest rules in Utah on October 26, but DJ Akademiks had the Baton Rouge rapper join him for a rare interview on Clubhouse on Tuesday night (November 30).

During the conversation, YoungBoy touched on a multitude of topics, including how he would want to marry Doja Cat — if he didn’t have a girlfriend and seven children at home.

While on clubhouse . Nba YoungBoy says he wants to marry Doja Cat. Could they be the next rapper couple ? pic.twitter.com/jGCENacuVn

When asked by Akademiks to specify exactly what caught his eye regarding Doja Cat, YoungBoy politely explained “she’s just unique in her own way.”

Unfortunately for YoungBoy, it appears Doja Cat has her eye on another rapper. Last week, the Planet Her star showed some love to comedian/rapper Zack Fox on Twitter by calling him “cute.”

Elsewhere in the Clubhouse conversation, NBA YoungBoy spoke on receiving his first Grammy nomination for his assist on Tyler, The Creator’s “WUSYANAME” in the Best Melodic Rap Performance category, but admitted he thinks either Doja Cat or The Weeknd will win for “Need to Know” or Kanye West’s “Hurricane,” respectively.

“I don’t think I’ll win. They’ll probably give it to Doja Cat or The Weeknd,” he said. “I don’t need them to decide if I’m a winner or a loser, but my grandma would like it. To be honest, I don’t know how big or how small — I don’t know what it mean to even get one. I ain’t big on no shit like that.”

NBA Youngboy thinks the Grammy for the category he nominated in probably gonna go to TheWeeknd or Doja Cat pic.twitter.com/qBLltbT9iK