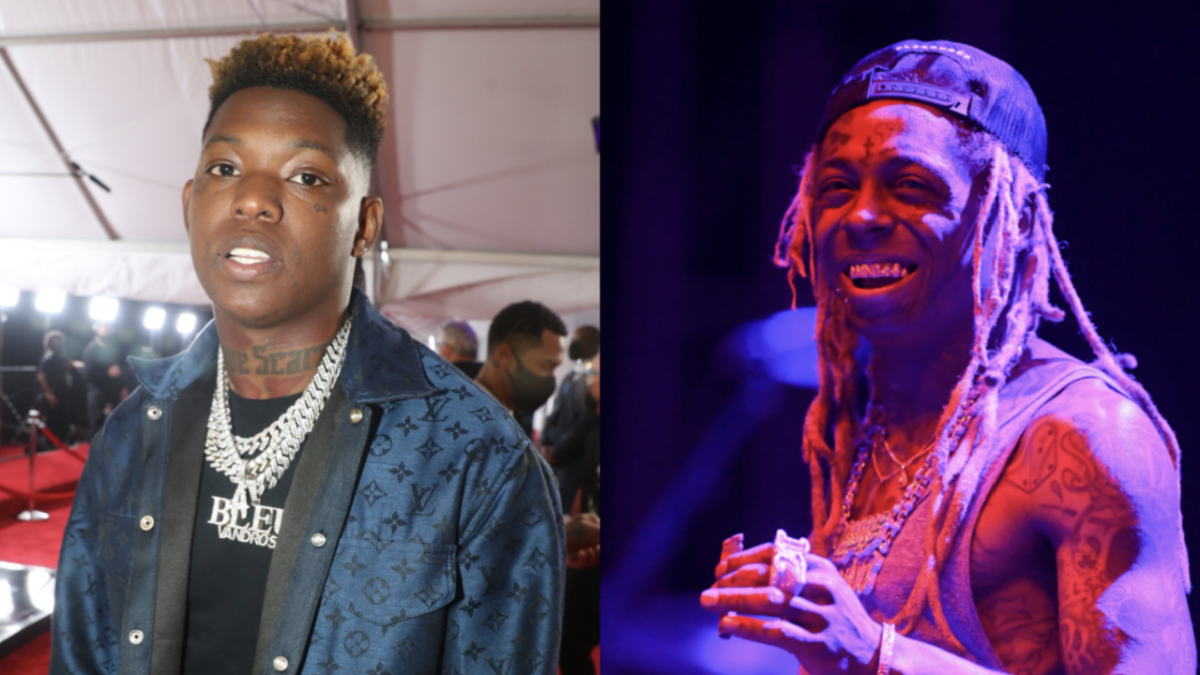 Yung Bleu — who now goes by BLEU — has referred to Lil Wayne as one of his idols in the past, and it looks like he’s finally in the process of locking down a feature from Weezy.

BLEU shared a text on Tuesday (November 16) from Lil Wayne asking if he could extended his verse on a potential collaboration the pair are working on, and the “Your Mines Still” artist pretty much had no choice but to oblige to Wayne’s request.

“I might go more than 16 bars on the intro trak that’s kool?” the New Orleans legend politely asked.

“When Wayne say this it’s Wayne song now,” he wrote on his Instagram Story. BLEU and Lil Wayne were spotted in the studio with Young Money rapper Lil Twist earlier this week.

In his young career, BLEU has already notched collaborations with Drake, Chris Brown, 2 Chainz, A Boogie Wit Da Hoodie and Kodak Black, in addition to teasing tracks with Nicki Minaj and the late DMX. So Lil Wayne would only be the latest A-lister to add to his prolific résumé.

“Lil Wayne is definitely one of my favorite rappers,” BLEU told HotNewHipHop earlier this year. “I feel like he just used to go so hard with the punchlines. Everybody just wanted to say and do them punchlines and see how creative they can get with punchlines. So that was kind of the wave I was on back in the days. Like, I was way more lyrical than I am now.”

BLEU is quickly back to work on his sophomore effort on the heels of releasing his Moon Boy debut album via EMPIRE and his Vandross Music Group in July. The project peaked at No. 12 on the Billboard 200.