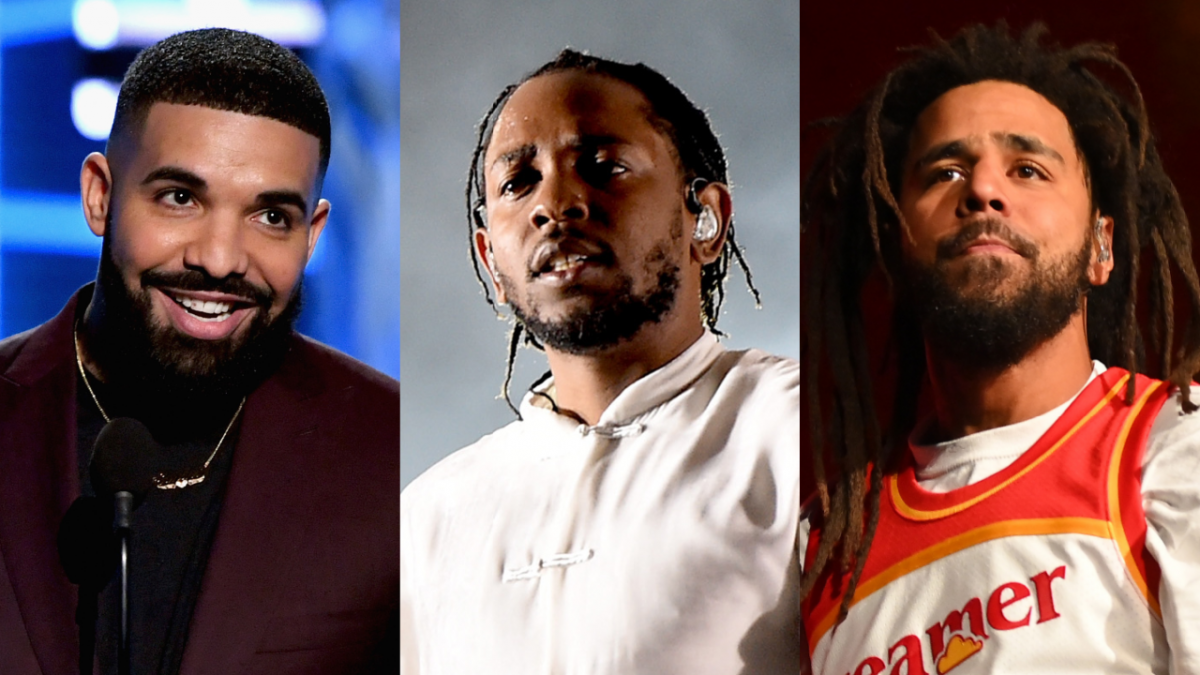 by Andy Bustard
6
Toronto, ON -

Drake has written himself into the history books this year thanks to Certified Lover Boy, which has broken streaming and Billboard chart records left and right.

But on Monday (November 15), the 6 God turned back the clock and shifted his attention to his second studio album Take Care, which turned 10.

To celebrate, Drake shared a selection of throwback photos on Instagram, including intimate flicks of him in the studio, magazine covers and a copy of the album’s tracklist-in-progress scribbled on a notepad.

Drizzy made sure to show love to his rap peers who helped make the Take Care era so special, posting a promotional poster for his 2012 Club Paradise Tour that featured a then-burgeoning Kendrick Lamar and A$AP Rocky as special guests.

Drake also shared a Club Paradise Tour t-shirt adorned with the faces of J. Cole, Meek Mill, 2 Chainz, French Montana and Waka Flocka Flame, all of whom performed on the blockbuster tour throughout its North American run.

“Is the feeling mutual? Take Care 10 Years Later,” the OVO Sound boss wrote in the caption along with a sparkling heart emoji.

The trip down memory lane didn’t stop there. Drake kept the Take Care celebrations going into Tuesday (November 16) by posting more throwback photos on his Instagram Stories, including a photo of him and Kendrick Lamar circa 2011.

Kendrick helmed the Take Care cut “Buried Alive Interlude” and opened for Drake on the aforementioned Club Paradise Tour, adding fuel to the fire of his Section.80 buzz. By the time his major label debut, good kid, m.A.A.d city, arrived in October 2012, the Compton native was a certified star in his own right.

Of course, things between the rap titans haven’t exactly been rosy since then, with long-running rumors of beef. But seeing Drake show love to Kendrick Lamar still warmed the hearts of rap heads while, naturally, leading to questions about a long-awaited reunion.

“Is there a song with Drake Kendrick and Cole?” fellow rapper IDK tweeted, adding fellow Big Three member J. Cole’s name to the mix. “If not why? Needs [to] happen.”

Is there a song with Drake Kendrick and Cole? If not why? Needs the happen.

Serving as the follow-up to 2010’s Thank Me Later, Take Care spawned five Billboard Hot 100 hits — including “Headlines,” “Make Me Proud” and “The Motto” — while boasting appearances from Lil Wayne, Nicki Minaj, Rihanna, The Weeknd, André 3000, Rick Ross and Birdman.

Take Care won Best Rap Album at the 2013 Grammy Awards, earning Drake his first Grammy, while securing a spot on Rolling Stone‘s list of the 500 Greatest Albums of All Time in 2020. Revisit Take Care below.