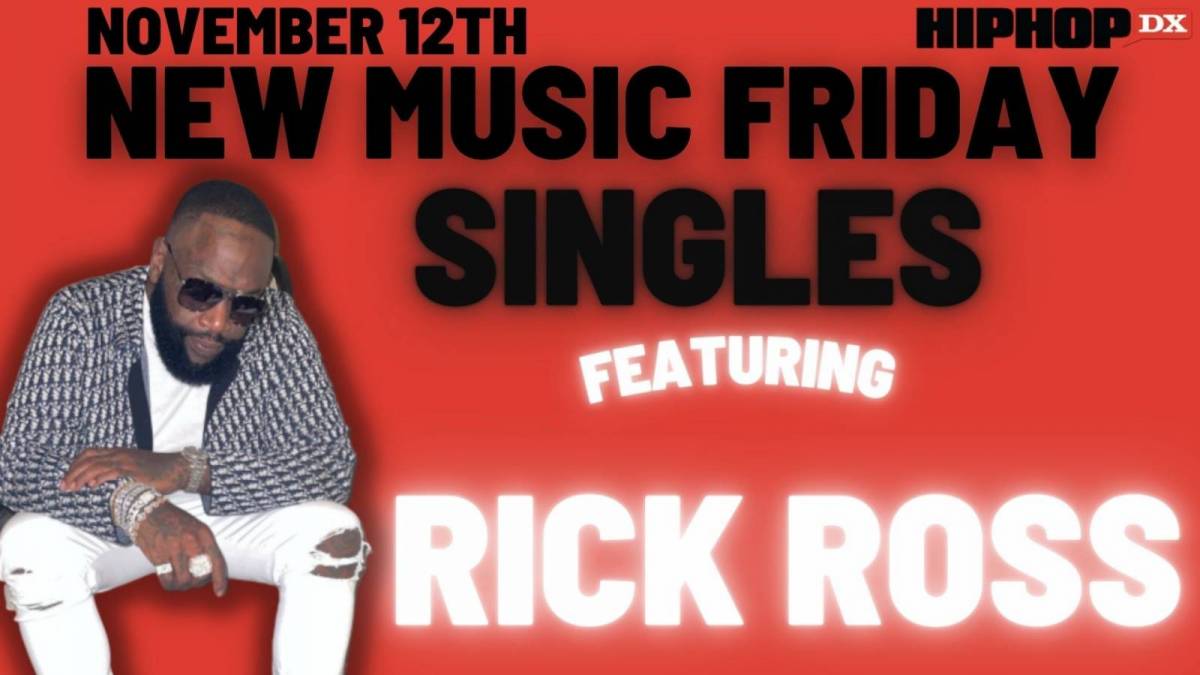 Two weeks into the month of November and the hits just keep coming. Winter may be inching closer and closer but there’s plenty of heat this week to keep you warm.

From there, we explore the latest singles from Beyoncé, Polo G and Rosalía before streaming Juice WRLD’s latest posthumous single “Already Dead.”

There’s so much more, so keep reading for DX’s complete coverage of the best singles from Hip Hop and R&B released on the week ending on Friday (November 12), below.

Rick Ross is back in his Big Boss Bag with his latest single “Outlawz” featuring Atlanta spitter 21 Savage and R&B songstress Jazmine Sullivan.

Two years have passed since Ross released Port of Miami 2, and though he’s appeared on several other artists’ tracks such as DJ Khaled’s “THIS IS MY YEAR,” DJ Snake’s “Run It” and the remix to “How Many” by Guapdad 4000, “Outlawz” represents the Florida rapper’s first solo track in a while, building anticipation for his upcoming album.

First debuted on the trailer for King Richard, an upcoming film about the life of Serena and Venus Williams (and their father, played by Will Smith), Beyoncé’s latest track “Be Alive” is finally here.

Queen Bey has been active over the past few years, both musically, with projects including two volumes of The Lion King and HOMECOMING: THE LIVE ALBUM, as well as her savvy (but controversial) parternship with Tiffany & Co. With “Be Alive,” Beyonce refocuses the attention back on the music which took her to stardom in the first place.

Directly after a warm and soulful sample welcomes the listener to Smino and NOS.’s latest single, Smino voice wraps around the instrumentals as a deep 808 kick begins to rumble through the track.

“I Deserve,” the St. Louis-born rapper’s fourth single of the year is a smooth record with a Houston bounce propped up with a moody piano riff.

Juice WRLD’s music has already proved to live on long past his death. Though he was just 21-years-old at the time of his passing in December of 2019, the SoundCloud great was shockingly prolific.

“Already Dead,” the most recent Juice WRLD song to be posthumously released, arrived with the new of an upcoming album. His forthcoming album will follow-up 2020’s Legends Never Die which debuted at the top slot on the Billboard 200.

The sounds of Johan Lenox’s compositions have been heard on all of your favorite artists’ songs. From Kanye West to Chanel Tres, Lenox is one of Hip Hop and R&B’s most desired collaborators.

He’s now turning the focus on himself, announcing his debut album WDYWTBWYGU, led by the single “You Up?.” Featuring Ant Clemons, “You Up?” is draped in live instrumentals, making for an intimate song perfect for late night drives.

Don’t forget to stream this week’s Honorable Mentions: “let you” by iann dior, Dusty Locane’s “CANES WORLD” and the “TWINNEM” remix from Coi Leray and DaBaby.