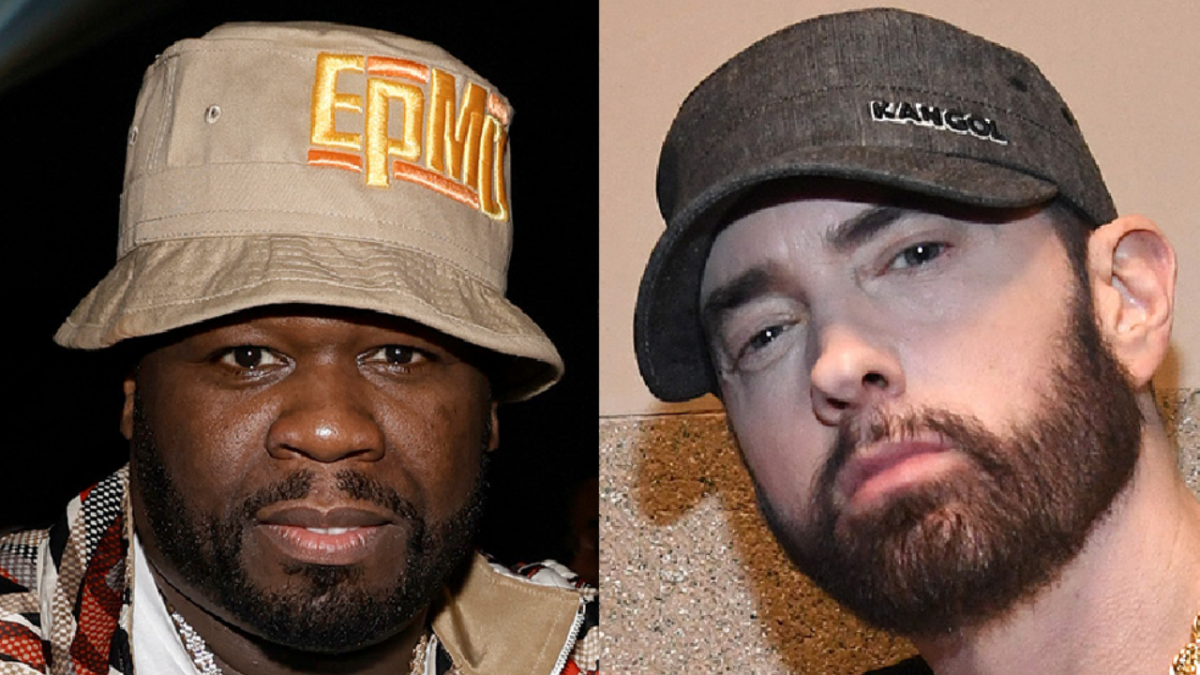 50 Cent has shared a first look at Eminem as White Boy Rick in his Black Mafia Family series before the episode airs on Sunday (November 14). Em plays the role of the famed FBI informant who was sentenced to life in prison at the age 17 for possession of cocaine.

“Episode 7 of BMF is the best work i have done directing to date,” he wrote on Instagram alongside the photos. “I’m disappointed that STARZ handled this so poorly. I used my personal relationships to make things happen they couldn’t have made happen. @eminem thank you for doing this for me. I love you bro, you know i’m rolling wit you till the wheels fall off.”

STARZ accidentally released the episode on Sunday (November 7) before taking it down hours later, with 50 Cent voicing his anger at the television network on Instagram.

“Starz is a shit show, they better sell it fast,” he said. “They put the fucking BMF show on, then took it down. what network does that? They just ruined the anticipation of The episode i directed, I WORKED HARD ON THIS. I can’t work with these people anymore.”

Eminem received support from the real White Boy Rick in August, with Richard Wershe Jr. revealing how excited he was about being played by Slim Shady.

“He’s a professional,” he said at the time. “Everything he does, he does very well. His music speaks for itself. He’s an icon, he’s a legend. This for him will be a small thing. I think he’ll kill it whatever he does, man. I’m a fan. It’s an honor to have him do it. He’s a Detroit legend, I have a huge name here. So, from one Detroiter to another, just kill it.”

When the news was first announced, 50 Cent explained how he couldn’t film a Detroit-based series without involving Eminem in some form.

“I’m honored and appreciative of my good friend Em for supporting my new show BMF,” he said. “We couldn’t do a show based in Detroit without incorporating the legend that is Eminem.”