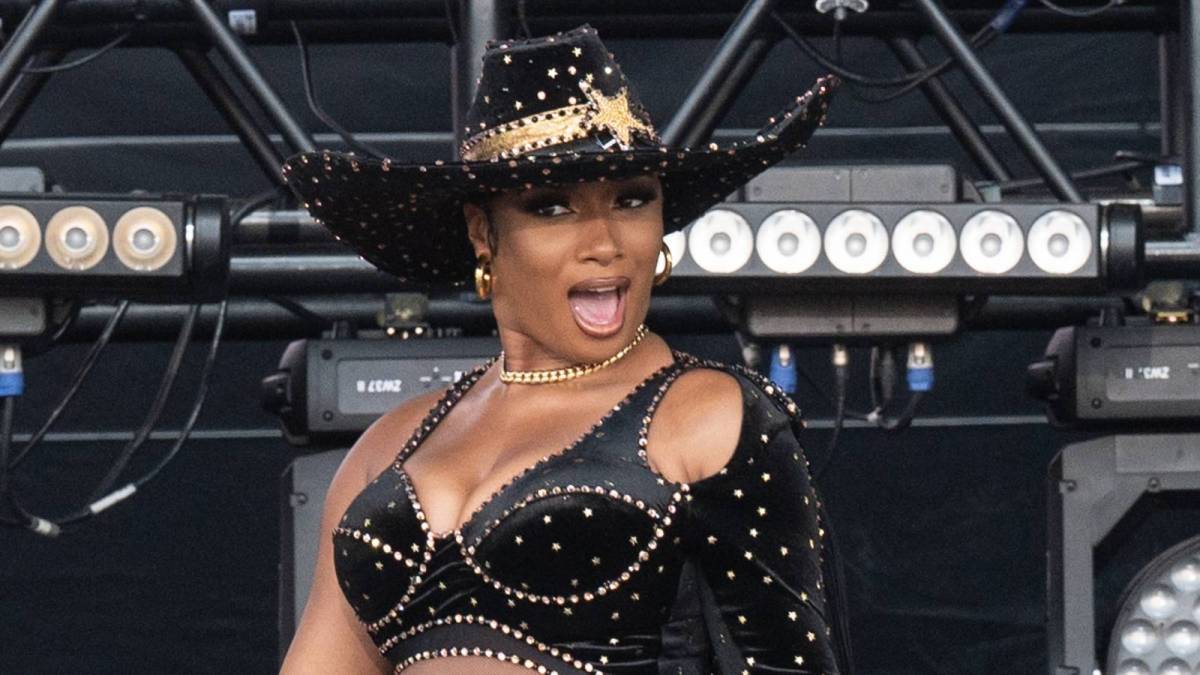 Halloween is right around the corner, and rappers are getting their costumes in order for the big holiday. On Monday (October 25), Megan Thee Stallion took to her Instagram page to reveal her spooky new costume she plans on wearing this weekend.

Megan will be dressing up as Pinhead from the 1987 horror movie Hellraiser. Her costume is pretty impressive as Megan is unrecognizable in the picture. The Houston Hottie dons a skimpy leather outfit and paints herself in the same horrifying skin complexion as the villain from the film.

“Pain has a face. Allow me to show you. Gentlemen I am pain #hottieween,” the rapper wrote in the caption.

Meg drew a lot of reactions from people who were really feeling the costume, especially her boyfriend Pardison Fontaine, who said, “Scary how good you look … even dressed as an acupuncture face white man.”

Despite getting ready for Halloween, Megan will also be preparing to graduate college soon. Right after posting her Halloween costume, Megan posted a picture of her bedazzled graduation cap announcing she’ll be taking grad pics for the upcoming ceremony.

Last year, Megan Thee Stallion spoke to PEOPLE about taking online courses part-time for her bachelor’s degree in health administration at Texas State University. One of the inspirations for going to school was to fulfill the wishes of her late mother.

“I want my big mama to be proud. She saw me going to school before she passed,” Megan said. “My grandmother that’s still alive used to be a teacher, so she’s on my butt about finishing school. I’m doing it for me, but I’m also doing it for the women in my family who made me who I am today.”

Meg is also releasing a new project titled Something for the Hotties: From Thee Archives for her fans. Releasing on October 29, the project features several freestyles and unreleased songs from Meg’s stash.

“My gift to my hotties 10/29 freestyles y’all been asking for plus a few unreleased songs from my archives to hold y’all over for the rest of the year,” Megan wrote in the caption of her Instagram post announcing the project.