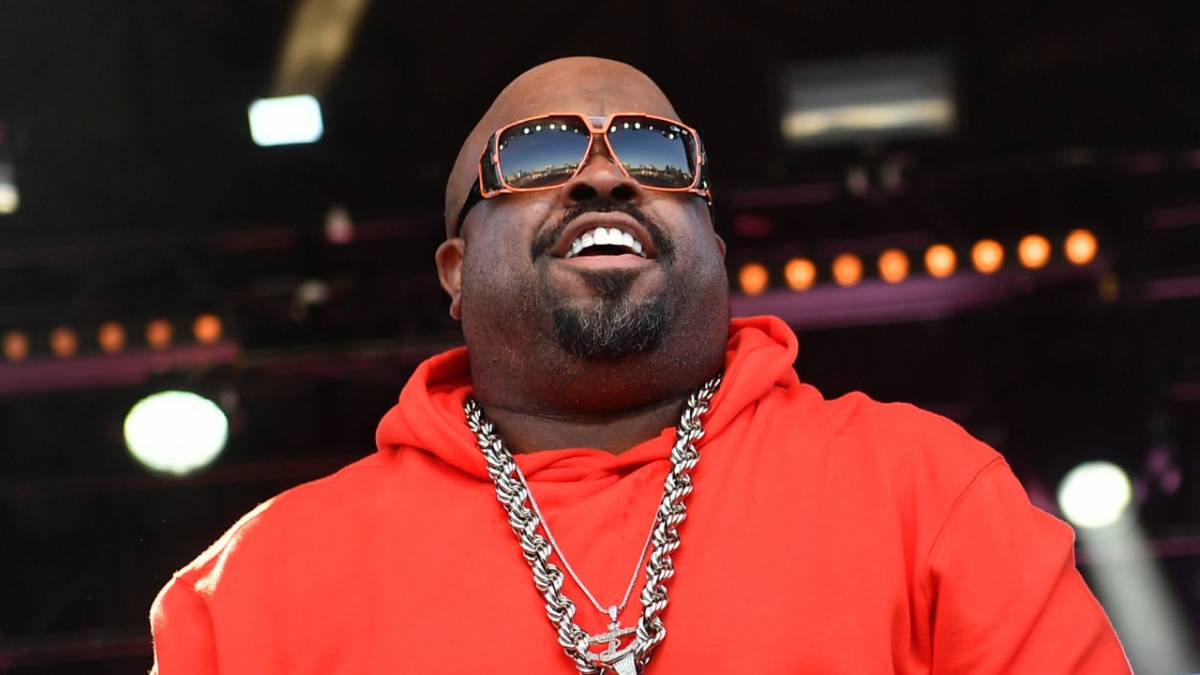 Before CeeLo Green shot to fame as a Grammy-winning rapper, singer and producer as part of two acclaimed groups, Goodie Mob and Gnarls Barkley, he was just a young guy working at the local airport to fund his dreams. Needless to say, that job didn’t last long.

During a recent interview with REVOLT, the legendary Atlanta native reflected on his time working at the airport as a teen in the early ’90s and revealed he quit the job on the spot when he heard his Dungeon Family relatives, Outkast, on the radio.

“Me and my cousin were working at the airport and we heard ‘Player’s Ball’ on the radio, over the intercom system while we’re having lunch,” he recalled. “I said, ‘Oh shit!’ So we quit the job, we left and went out to the studio.”

As if that scene doesn’t belong in a movie, CeeLo’s trip to the studio (which wasn’t just any studio, but Organized Noize’s famed basement studio The Dungeon) that day would prove to be kismet as he recorded his hook and verse for Outkast’s timeless cautionary slacker tale “Git Up, Git Out.”

“Rico Wade, one-third of Organized Noize, was working on a beat,” CeeLo explained. “It ended up being the beat to ‘Git Up, Git Out.’ My cousin’s a pretty outspoken guy; he asked him, ‘Yo, when you gonna let cuz get on a song?’ [Rico] said, ‘I’m trying to find the right song for everybody.’

“When he’s making the beat, something told me to get into his ear and I started to rap the hook and verse to ‘Git Up, Git Out.’ I don’t know what made me do it, I just did it. Every time I recall it, wow what made me do that song? It’s like magic, fate. I ended up recording that song later that night.

Even more impressive is how CeeLo Green recorded his parts for “Git Up, Git Out” in one take due to the use of two-inch reels at the time.

Taken from Outkast’s 1994 breakthrough album Southernplayalisticadillacmuzik, “Git Up, Git Out” helped introduce the world to CeeLo Green and his Goodie Mob collective, which also included Big Gipp, Khujo and T-Mo. The group went on to release their own classic album, Soul Food, the following year.

Elsewhere in his REVOLT interview, CeeLo Green discussed his upcoming go-go-inspired album DCeeLo — a play on go-go’s Washington D.C. roots — and revealed he has other themed projects in the works.

“For the next few projects I’m doing, I want to adopt different alter egos and do certain other stuff,” he said. “I have one where I was doing Latin and reggaeton vibe for Miami because I live in Miami. I was calling that Lopa-Locka, which is a play on Opa-Locka, an area in Miami.

“But then I want to get on some old-school, ’80s Golden Era Hip Hop, East Coast, New York, Bronx shit. I’ve got a project I was calling Lodega, like a bodega. I’m open all night, I’ve got whatever you want.”