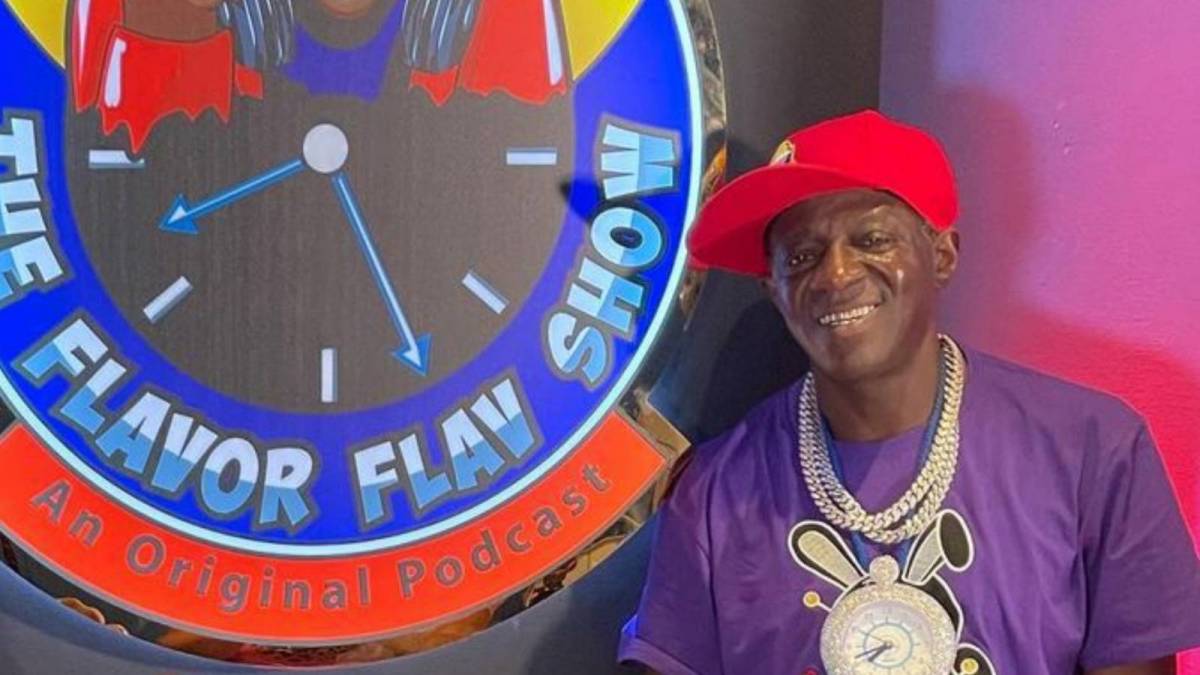 It’s no secret Flavor Flav has indulged in his fair share of illicit substances over the years. In 1991, the Public Enemy force of nature pleaded guilty to assaulting his then-girlfriend Karen Ross and served 30 days in jail, lost custody of their three children and spiraled into addiction.

Two years later, he was charged with attempted murder and imprisoned for 90 days for shooting at his neighbor. Just months later, he was slapped with domestic violence, cocaine and marijuana charges. Consequently, his family staged an intervention, and he checked himself into the Betty Ford Center for a crack-cocaine addiction. But 13 years ago, he stopped using hard drugs and has slowly weeded out other harmful substances from his life.

On Monday (October 18), the colorful multi-instrumentalist shared an Instagram post proudly proclaiming he’s been sober from alcohol for 365 days. He included photos from the beginning of his journey until now — and the difference is clear as day.

“1 year up,” he wrote in the caption. “lotz more to go … next year I pray my whole family will be walkin the same path I am … #sobriety #alcoholfree #1yearsober #dontbelievethehype.”

Many of Flavor Flav’s peers and fans, who are well aware of his struggles, flooded the comment section with thousands of congratulatory remarks.

The Roots’ Questlove offered, “Proud of you bro,” while DJ Premier said enthusiastically, “That’s how you do it Flav!” Xzibit was even more encouraging in his comment with, “Love you G!! You’re one of my hero’s. Glad you are feeling powerful in your sobriety. Keep going,” as Public Enemy’s official account gave him props, too.

Flav said in a statement to HipHopDX, “I appreciate everyone’s support as I continue one day at a time in my sobriety. I am engaged with a support group and staying strong and healthy so I can continue to focus on my recovery.”

The post comes as Flavor Flav is staring down yet another legal battle. According to TMZ, he was taken into police custody and booked on a misdemeanor charge of domestic battery in Henderson, Nevada on October 5 after officers responded to a domestic disturbance.

Flav’s manager tells DX, “I can only direct you to the TMZ article. There is a quote from Flav’s legal team, as well as one from his management team with regards to the 1-year-mark of his sobriety. Today, October 19, marks his official one year mark of no alcohol, along with 15 months of no cigarettes and 13 years of no hard drugs.”

As Flav told DX in 2017, he’s always felt like people don’t see his full potential. But with his newfound sobriety, perhaps he’s just beginning to tap in.

“I really feel people underestimate me,” Flav said at the time. “You know the only thing that keeps me overestimated is me keeping myself out there in front of people’s eyes and showing them that, ‘Yes, this is who I am and this is what I really do, and this is what I can do.’ I’m the best at it. And ain’t nobody in this business better at it than I.”