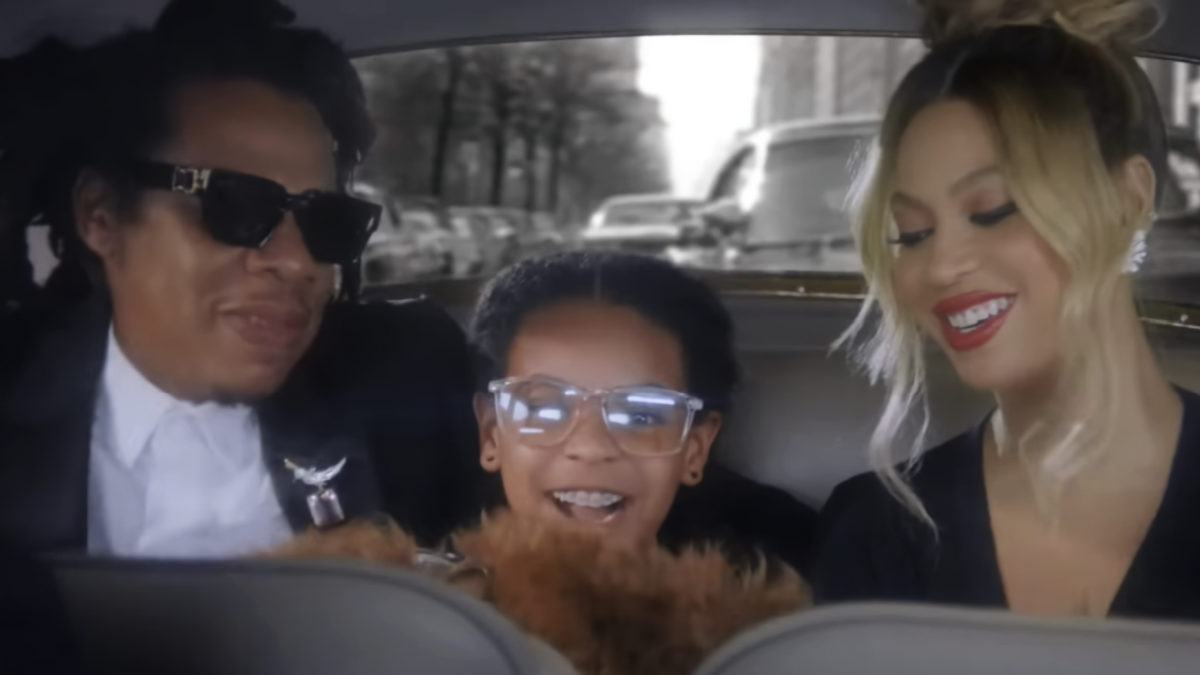 JAY-Z and Beyoncé star in a new Tiffany & Co. ad as part of their “About Love” campaign with the luxury jewelry retailer — and this time, they’re joined by a special guest.

Titled Date Night, the two-minute short film finds Beyoncé channeling her inner-Audrey Hepburn as she cruises through NYC in the back of a Rolls Royce, a nod to the taxi cab scene in the 1961 film Breakfast at Tiffany’s.

“Date Night” with The Carters is here. Experience an evening with @Beyonce and @sc. Discover more: https://t.co/JyLAAztGCt #AboutLove #TiffanyAndCo pic.twitter.com/60CygSaEn6

Mrs. Carter plays a game of “he loves me, he loves me not” while holding a yellow daisy in her hand. Needless to say, the camera also gives viewers a good look of her glimmering 10-carat diamond ring and 6-carat diamond earrings, available at Tiffany & Co.

Later, JAY-Z joins his wife in the the back of the car and proposes the couple spice up their date night by sharing one of New York’s famous pizza slices, as well as a bottle of champagne (they opt for Hov’s Armand de Brignac brand, naturally).

The short film then breaks the fourth wall as the camera pans out to reveal the film set and green screen (in case any viewers truly believed the powerhouse couple were cruising through 1960s Manhattan). It’s at this point JAY-Z and Beyoncé are joined by their 9-year-old daughter, Blue Ivy Carter, along with the family dog.

In addition to serving as the (very famous) faces of Tiffany & Co.’s “About Love” campaign, the Carters have teamed up with the luxury jewelry retailer to launch a $2 million scholarship fund for students at a select group of HBCU (Historically Black Colleges and Universities (HBCUs). 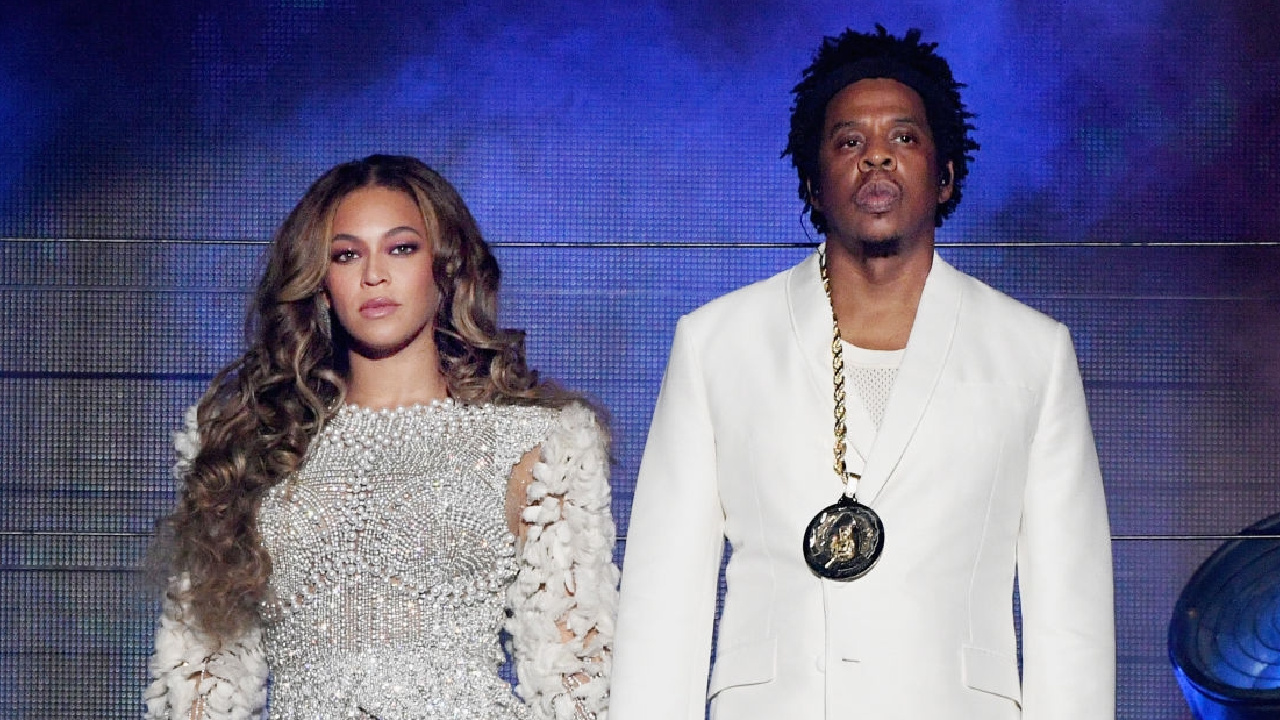 Despite the glitzy visuals and generous donations, however, JAY-Z and Beyoncé‘s Tiffany & Co. partnership hasn’t dazzled everyone. Friends and collaborators of the late art legend, Jean-Michel Basquiat, condemned the campaign for using a never-before-seen Basquiat painting to sell jewelry.

“The commercialization and commodification of Jean and his art at this point — it’s really not what Jean was about,” Alexis Adler, a former roommate of Basquiat, said in September.