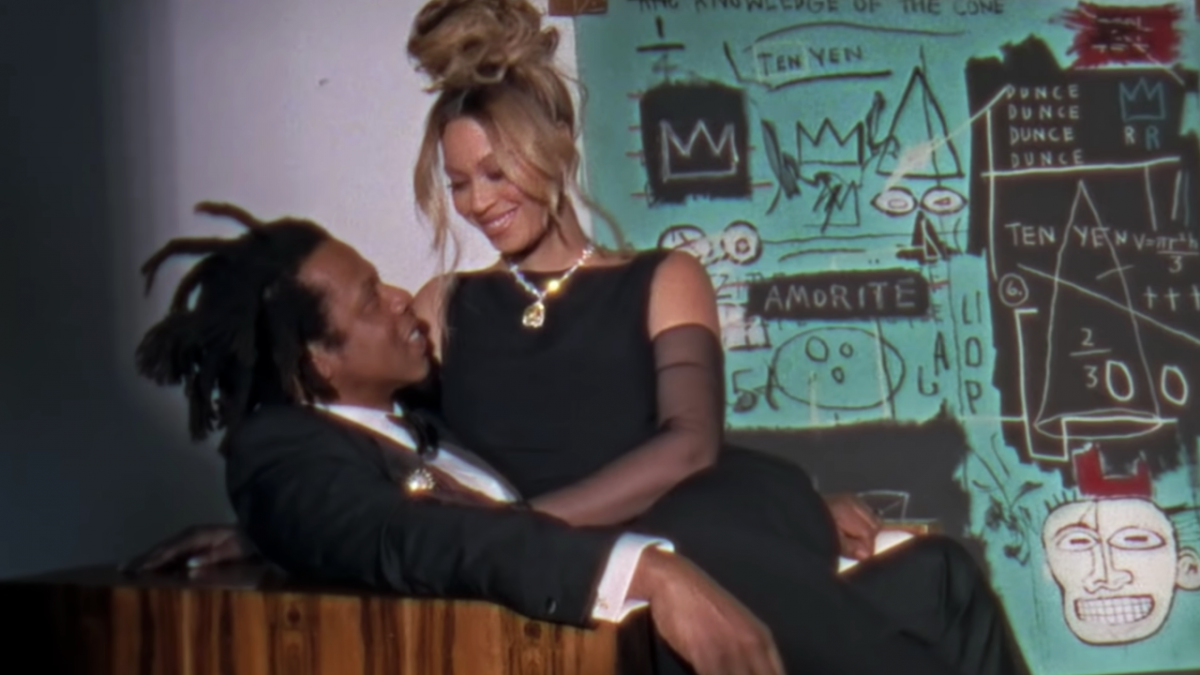 After announcing their partnership with JAY-Z and Beyoncé last month, Tiffany & Co. has unveiled a new ad starring the powerhouse couple.

Filmed at the iconic Orum House in Los Angeles, the 90-second spot follows JAY-Z and Beyonce as they reunite after spending time apart. As Bey makes her way home on a private jet, Hov watches family footage in a home cinema before standing and waiting at the window for his darling wife’s return.

The ad also sees JAY-Z filming Beyoncé on a hand-held camera as she performs a cover of Audrey Hepburn’s 1961 song “Moon River” while seated at a piano. The previously-unseen Jean-Michel Basquiat painting Equals Pi, whose inclusion in the ad campaign has caused quite a stir, can be seen in the background.

“ABOUT LOVE tells a love story of longing, reunion and a bond that transcends space and time,” reads Tiffany & Co.’s Instagram post.

Tiffany & Co. has also released an additional video featuring what feels like behind-the-scenes footage from JAY-Z and Beyoncé’s ad.

The 45-second clip contains cute, intimate moments between the billion-dollar couple, with one scene showing Jay resting his head on Bey’s lap. There’s also a cameo from the Carter’s nine-year-old daughter Blue Ivy.

“Twenty years,” Beyoncé says in the clip as she flirts with her husband while filming the ad. “Twenty years next year.” The couple began dating in 2001 and got married in 2008.

Despite the glittering ad, JAY-Z and Beyonce’s Tiffany & Co. ad campaign has come under fire for using Basquait’s artwork. A number of the late artist’s friends and followers have condemned the ad for using a staunch anti-capitalist’s work to sell jewelry.

To coincide with the ad, JAY-Z and Beyoncé have teamed up with Tiffany & Co. to launch the About Love scholarship. The Carters are pledging $2 million to provide funding for students in the arts and creative fields at five Historically Black Colleges and Universities (HBCUs) across the country.