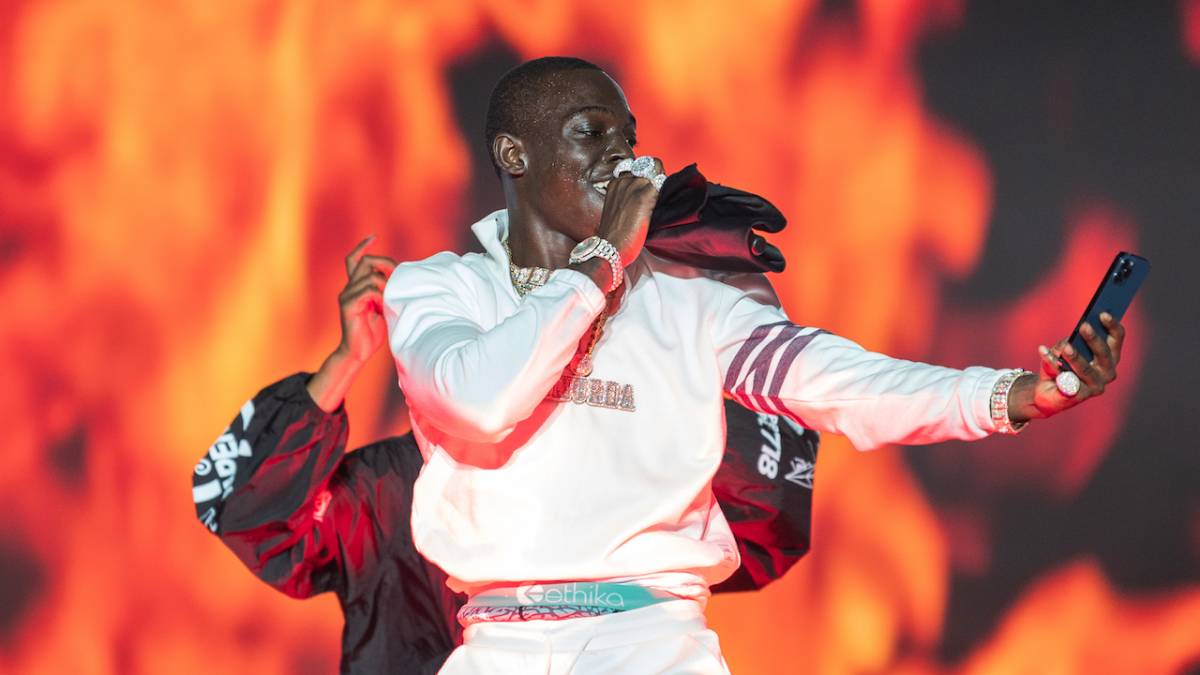 It seems like Bobby Shmurda‘s buzz is threatening to fizzle out as the wait for new music continues. On Monday (October 18), Bobby took to his Instagram to tease his second single since returning home from prison — tentatively titled “Trapping Is a Sport” — and many fans aren’t feeling it.

The Instagram post shows a snippet from the official music video with Bobby Shmurda rapping in an empty mansion and on a speedboat with bikini-clad women. The 27-year-old seems to be rapping about threesomes and trapping, but it doesn’t sound like a usual record from the Brooklyn rap star.

“Trappin is a sport yea yea nd she call me lil daddy,” Bobby wrote in the caption of his post.

Fans took notice of his change in sound and were quick to critique everything else about the video. The “Hot N-gga” rapper’s dance moves were one of the main talking points, though. Many weren’t feeling how Bobby was in one of the scenes.

“Prison has got this man twerking to music videos now,” one fan wrote in the comment section, while another person said, “Y u keep shakin ur hips like that b.”

A different fan even compared Bobby Shmurda to Lil Nas X for his shirtless moves in the video. “Lil Nas X 2.0,” they said.

Not all the reactions to the video were negative, though. Busta Rhymes showed his support by leaving four crown emojis in the comment section while fellow East Flatbush, Brooklyn rapper Fetty Luciano urged Bobby to “keep going” while posting four fire emojis.

Fans must have forgotten that Bobby Shmurda has busted dance moves before, such as in the video for his 2014 breakout hit “Hot N-gga,” as well as at the end of his video for his first comeback single, ““No Time For Sleep (Freestyle).”

As if the dancing wasn’t enough, Bobby Shmurda has also been catching flack on social media for taking his time releasing new music. Fans have been groaning over the fact he’s taken so long, but Bobby explained the reason for it in an Instagram post in August.

“I’m Bizzy running round needed some time to breathe they had me locked up In the pins doing 23,” he wrote.