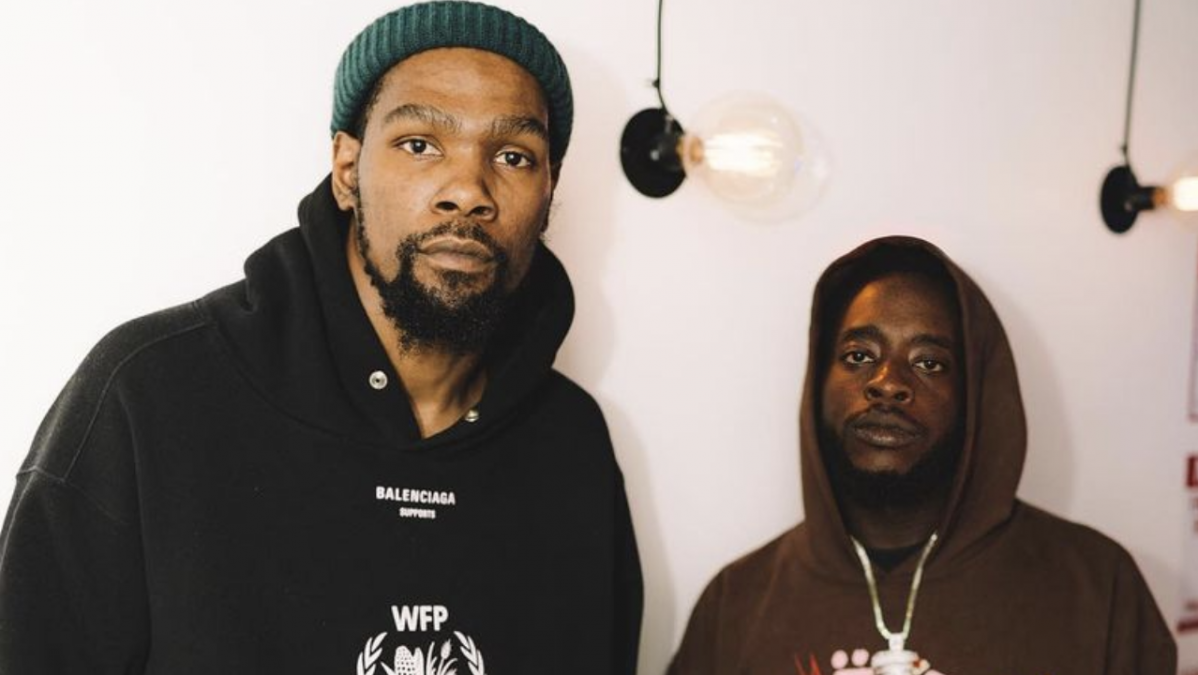 In addition to being an assassin on the court as an all-time NBA great, Kevin Durant also keeps his ear to the streets as a Hip Hop junkie and rap music savant. Young Stoner Life’s T-Shyne revealed on Monday (October 18) that KD will be executive producing his upcoming album.

“Album soon,” he wrote with a slideshow of photos locked in the studio with the Nets superstar and go-to YSL engineer Bainz. “Exec produced by @easymoneysniper.”

Born in Grenada and raised in East Hampton, New York, T-Shyne officially signed to Young Thug’s YSL label in 2018. The pair have collaborated numerous times since then, the most recent arriving on Thugga’s brand new album Punk. T-Shyne appeared on the album standout “Stressed” alongside rap dignitary J. Cole.

“And my brother, he just called, he need that lawyer money/They said he did it, but I know he didn’t/But you need O. J. money when you tryna get acquitted/This shit is sickenin’, nobody listen when you in prison,” T-Shyne candidly raps to close out the T-Minus-produced track.

T-Shyne isn’t the only rapper to solicit Kevin Durant’s opinion on their music. Prior to the first Donda listening party in Las Vegas, KD met up with Kanye West — who now formally goes by Ye — to get a first-listen of the project.

“He was asking me what songs that I like,” KD revealed in August. “I was like, ‘You asking me like the ones I like you gonna put that on the album.’ He actually did that — the joints that I liked, I heard them at the listening party.”

"He was asking me what songs I liked"

Elsewhere, James Harden served as an executive producer on Lil Baby and Lil Durk’s The Voice of the Heroes joint project earlier this year, while LeBron James A&R’d 2 Chainz’s 2019 album Rap or Go to the League.