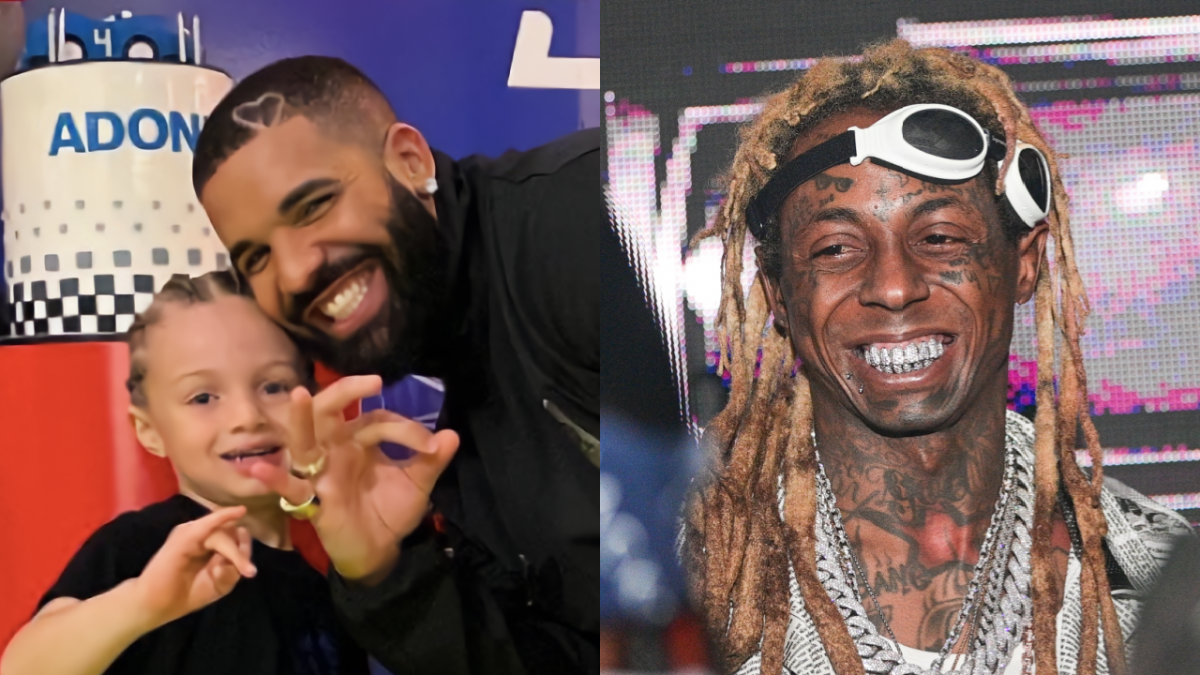 The 6 God shared a handful of photos from his son’s birthday bash on Instagram, including a photo of him and Adonis posing in front of a balloon-filled backdrop that read “Adonis races into 4.” He captioned the photo with, “TEACHA MORE LIFE KID,” alongside sparkling heart emojis.

Drake also posted an adorable daddy-son photo booth moment showing him laughing away as Adonis as strikes a Superman pose, along with an Instagram Story video of Adonis holding hands with the person in the Space Jam-themed Bugs Bunny suit.

Adonis was born on October 11, 2017 to Drake and Sophie Brussaux, an artist and former adult film actress. His identity was first revealed to the world by Pusha T during his infamous spat with Drake in the summer of 2018. “You are hiding a child, let that boy come home/Deadbeat muthafucka playin’ border patrol,” Push rapped on “The Story of Adidon.”

Drake has since embraced fatherhood, sharing intimate moments with Adonis on social media and even bringing him out on stage at the 2021 Billboard Music Awards.

Weezy celebrated his 39th birthday on September 27 while his son, Dwayne, turns 13 on October 22. The Dwayne Carter duo doubled up with a birthday dinner attended by family and friends.

Wayne and his son enjoyed (almost) identical birthday cakes. Dwayne Carter III’s cake was decorated with “Lil Tune” and “13,” while Lil Wayne’s cake had “Big Tune” written on it, along with a GOAT figure — a reference to his elite status in the rap game.

Lil Wayne took to Instagram on Sunday to share a rare photo of him and his eldest son celebrating their birthdays with the caption, “Feelin like …… Tunechies!!!”

Dwayne Carter III was born on October 22, 2008 to Sarah Vivan, a radio host who met Lil Wayne at a concert after-party in Cincinnati, Ohio.