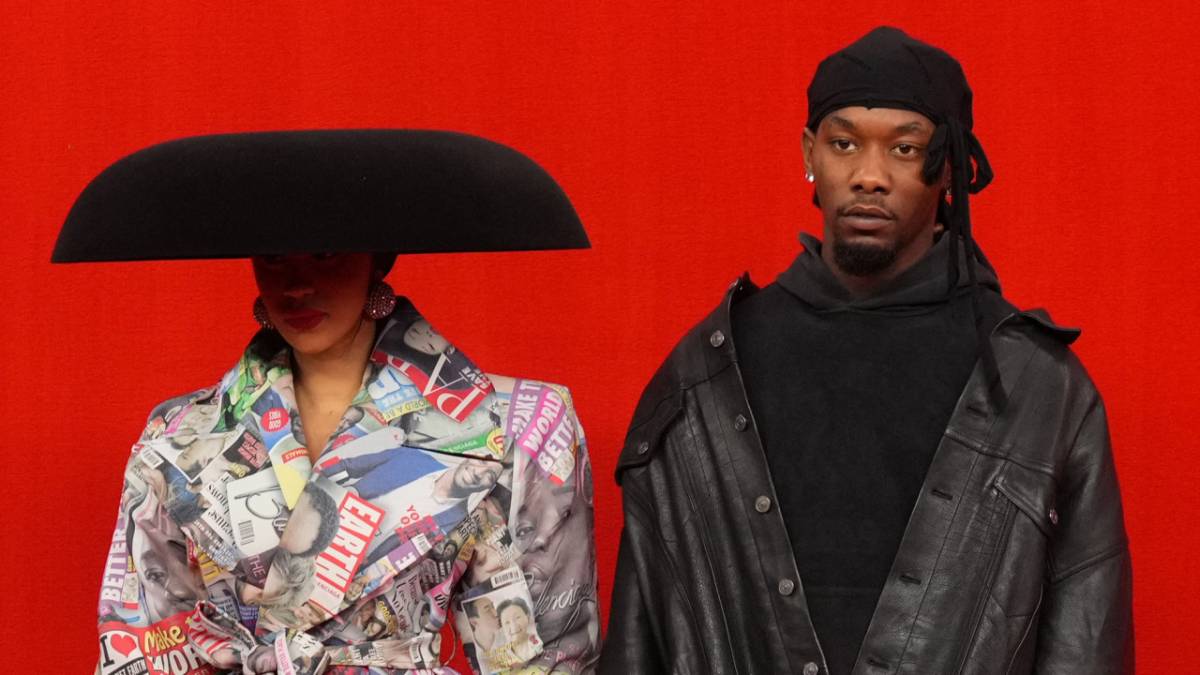 Paris, France – Cardi B and Offset have become one of Hip Hop’s “it” couples since hooking up in February 2017, but even they aren’t immune to the social media jokes.

On Saturday (October 2), Cardi and Offset — who welcomed their second child together last month — hit the red carpet at Balenciaga’s Spring/Summer 2022 show during Paris Fashion Week dressed head-to-toe in the luxury brand.

The couple turned heads as Cardi stepped out in a trench coat plastered in a collage of magazine covers, paired with a dramatic rounded black hat. Offset, meanwhile, rocked an oversized leather jacket over an equally baggy hoodie, with a plaid shirt tied around his waist.

As Cardi B and Offset’s red carpet photos made the rounds on social media, it wasn’t long before the jokes began to fly, with many followers comparing their ensembles to the arcade fighting game franchise Mortal Kombat.

“Look like they’re bout to be in a hood Mortal Kombat,” one follower wrote on Elliott Wilson’s Instagram post, while another joked, “Take me to the KANG.” The roasting also spilled over to Twitter where jokes about Samurai Jack, umbrellas and frying pans rang off.

why does she have a frying pan on her head

Despite the peanut gallery treatment, Cardi B and Offset still proved their star power during Paris Fashion Week, popping up at events and parties throughout the French capital. Offset was even tapped by Balenciaga to walk the runway for their Spring/Summer 2022 show, which made Cardi a very proud wife.

“So proud of my husband @offsetyrn who walked the show!” she wrote on Instagram while sharing photos from the event.

Cardi and Offset were also spotted knocking back shots with fellow Hip Hop fashionista Kid Cudi at his Entergalactic party in Paris on Sunday night (October 3). Cudi held the first edition of his new “nightlife experience” during New York Fashion Week last month, where he partied with Travis Scott, A$AP Rocky, Kehlani and others.

🍾 Cardi B, Offset, and Kid Cudi partying together tonight. pic.twitter.com/HBIlUfiLUu