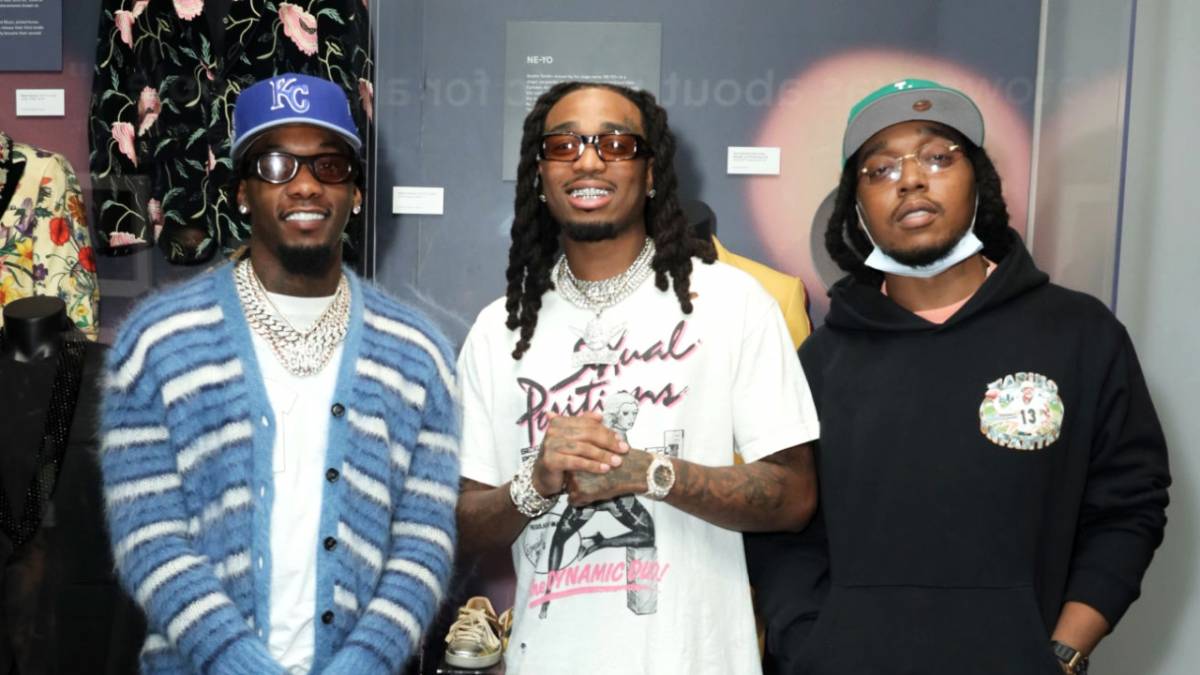 Migos took over the Grammy Museum in Los Angeles on Wednesday night (September 22) to host “A Conversation With Migos” in front of a live audience, moderated by Billboard‘s Hip Hop Editor Carl Lamarre.

The Atlanta trio wasn’t in the building just to talk shop, however; Quavo, Offset and Takeoff also celebrated being memorialized by the Recording Academy as outfits of theirs were installed at the prestigious museum.

The outfits in question are four ornate blazers famously worn by the Migos, which are now on display behind a glass case for all Grammy Museum visitors to see.

During their visit, the multi-platinum Quality Control trio were caught on camera reacting to their museum-worthy jackets and were all smiles as they posed for photos in front of the exhibition.

The Migos react to seeing their outfits in the Grammy Museum pic.twitter.com/9wWVfDlCHu

Migos are in the Grammy Museum and I’m over here like da faqqqq pic.twitter.com/4PaLUgHnPg

Despite being honored by the Grammy Museum, Migos have yet to win an actual Grammy award. The Atlanta trio received two nominations at the 60th Annual Grammy Awards in 2018 for Best Rap Album (Culture) and Best Rap Performance (“Bad and Boujee”). Kendrick Lamar took home both awards for DAMN. and “HUMBLE.,” respectively.

Nevertheless, Quavo believes his group will always hold an important place in the culture (no pun intended) after recently claiming Migos pioneered the popular triplet flow — a statement that didn’t sit well with Three 6 Mafia and Bone Thugs-n-Harmony fans.

Migos isn’t the only Hip Hop act to be memorialized at the Grammy Museum; the late, great 2Pac received his own exhibition titled “All Eyez on Me: The Writings of Tupac Shakur” back in 2015. 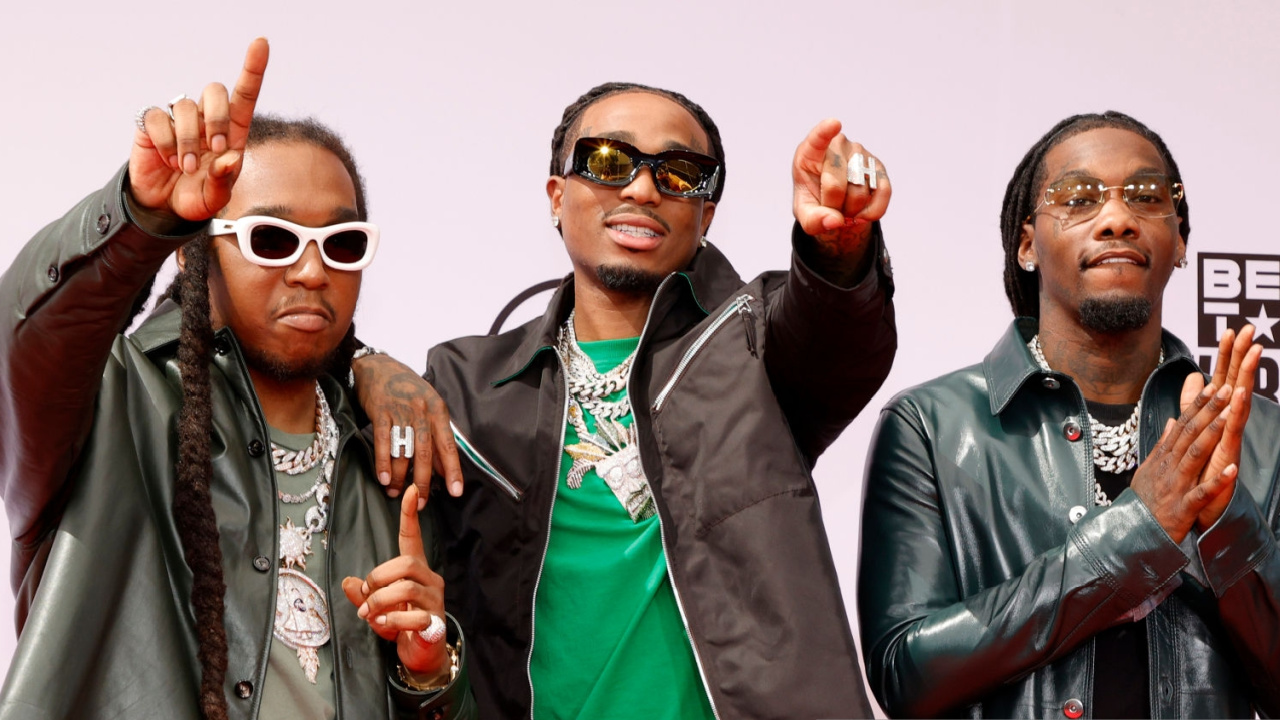 In other news, Migos appears to be plotting something special. Following their special night at the Grammy Museum on Wednesday, the Atlanta hitmakers took to Instagram to tease a “top secret” project that appears to be in support of their latest album Culture III.

The photo shows Quavo, Offset and Takeoff rocking color-coordinated outfits while posing on giant blue steps accompanied by female models. Some fans have speculated it could be a music video, while others have suggested it could even be a clothing line.