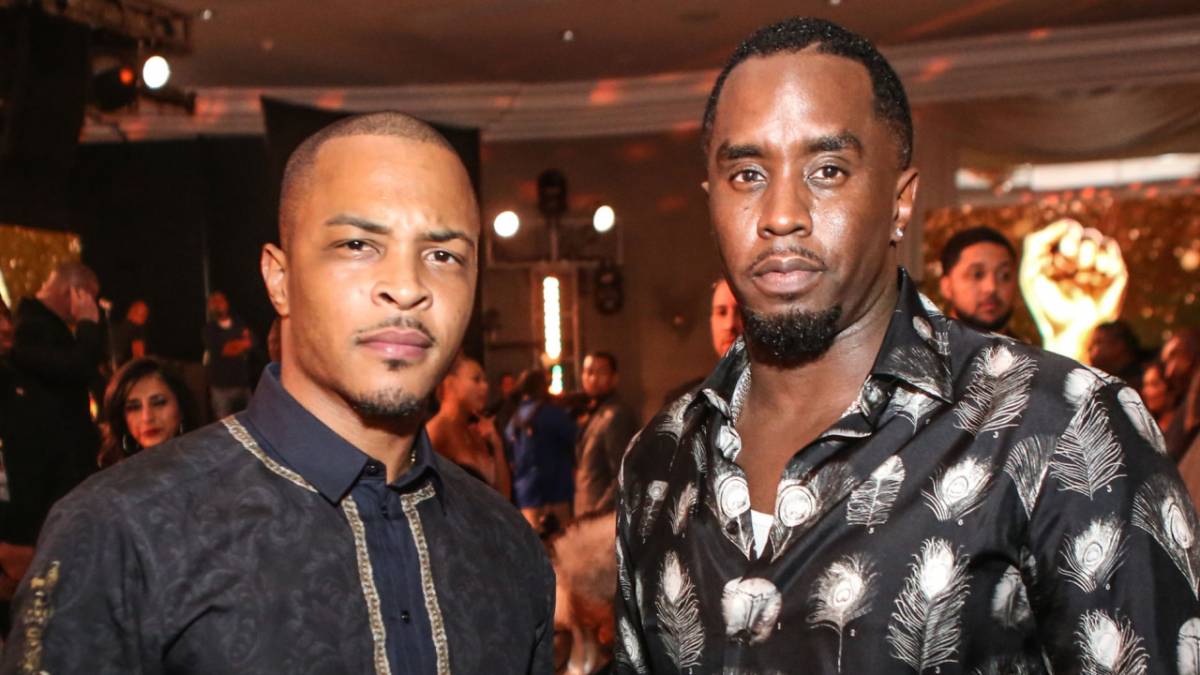 T.I. had some words for all the commotion surrounding Diddy, Dr. Dre, Jermaine Dupri and Verzuz. Diddy has made it loud and clear that he’ll only take on Dr. Dre if he were to ever hit the Verzuz stage, even though fans have been clamoring for him to take on Jermaine Dupri.

During Fat Joe and Ja Rule’s showdown at Madison Square Garden on Tuesday night (September 14), Diddy reiterated in the Instagram Live comments section he would only take on the legendary producer while saying Jermaine Dupri couldn’t “box with God.”

T.I. was among the viewers who weren’t too happy with Diddy remaining firm on his decision. The Hustle Gang honcho compared the situation to the proposed showdown he was trying to organize between himself and 50 Cent. T.I. chimed in the comments section after Diddy and asked why New York rappers feel they’re above Atlanta.

“I disagree,” T.I. wrote. “Side note: Why do I feel NY n*ggaz (Most of which I love,look up to, appreciate and respect)always feel like they so much above competition with their Atlanta (southern)constituents???? @50Cent ducking me the same way (@jermainedupri).”

“Ain’t No Sleeping On Atlanta, Ain’t None Of That” pic.twitter.com/wCoDQuPfYe

T.I. later went on social media with a nine-minute video discussing his stance on the whole fiasco. The Atlanta legend stood by his city and claimed, “Ain’t no sleeping on Atlanta, ain’t none of that.”

Last year, T.I. took to social media to challenge 50 Cent to a Verzuz battle. 50 Cent swiftly replied to the challenge by comparing T.I. to Chris Tucker’s Smokey character from Friday.

Any Rapper Challenging 50 Cent In Verzuz May Be SOL

Earlier this year, 50 Cent played down chances of him battling anyone in Verzuz.

“A Verzuz battle?” he pondered at the premiere of his Starz series Power Book III: Raising Kanan in NYC. “Probably not! We back outside. That was something that happened during the pandemic when we was stuck in the house. Now that we back outside, there’s other things to do. We supposed to be creating new history, not being back there.”