Trick Daddy had Twitter buzzing on Monday night (August 30) when he told Drink Champs co-hosts N.O.R.E. and DJ EFN he got “ate out.” But rather than run away in shame from the seemingly endless jokes about his sex life, Trick Daddy is fully embracing his newfound popularity as the “Eatta Booty Gang” leader.

“I am and will forever be the president, CEO and founder of the EBG — that’s the ‘Eatta Booty Gang,'” he said during a recent on-air interview with 99 Jamz. “I have no shame in my heart about this. And not only I am the founder, I am also a member [laughs]. At EBG, our motto is, ‘Baby, lay down. We got you.’ I hope you got me too. No pee pee, no dood doo.”

But someone with direct knowledge of Trick Daddy’s sex life, his ex-wife Joy Young, claims there was no booty exploration going on when they were together.

“He’s been with other women other than me,” she wrote in her Instagram Stories. “Y’all already know that at what point did these encounters happen I have no idea. I am not the source. Leave me out of it. Dealing with the passing of my aunt. You @ me you getting blocked. Y’all already know why not in the mood at all.”

During the Drink Champs episode in question, N.O.R.E. was trying to get clarity on what Trick meant by “women support the booty game.” With a straight face, Trick Daddy said, “Women eat the booty, too. Yeah, I get ate out.” 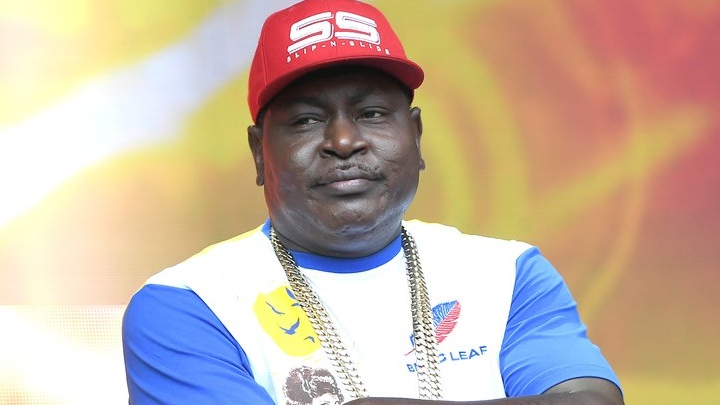 As N.O.R.E. and DJ EFN sat there in shock, unsure of how to respond, Noreaga asked, “You don’t have your legs in the air though,” to which Trick Daddy responded, “It depends.”