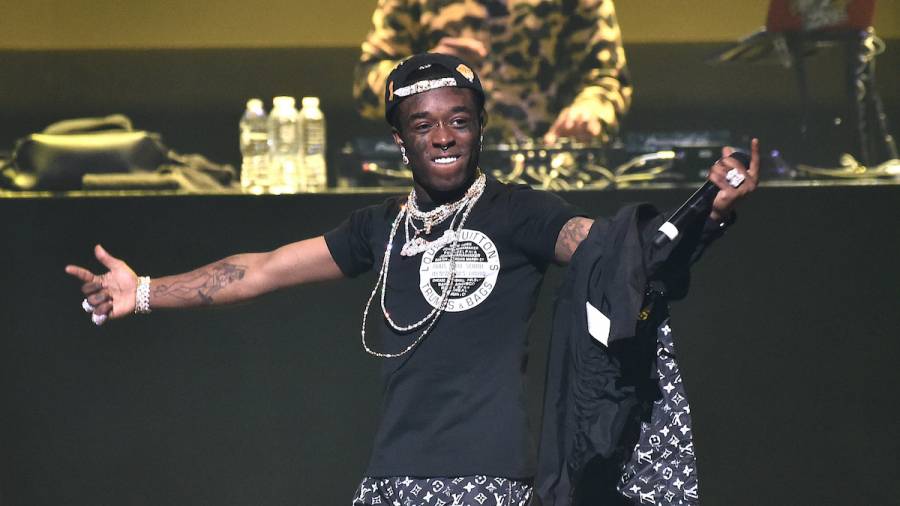 Lil Uzi Vert critiqued his last album Eternal Atake to the point that fans believe he’s not very fond of the project. Despite being one of the biggest albums of 2020, Lil Uzi Vert had several issues with the album, such as leaks and having to dumb it down to appeal to his mainstream audience.

Since then, Lil Uzi Vert has been quietly working on a whole new project. The Pink Tape, as Uzi revealed is the official name back in July, appears to be the project that the Philly native has always wanted to make. For months, Uzi teased songs off his alleged fifth studio mixtape on social media, and people have been salivating for more from Baby Pluto.

Fans may be getting their wish sooner rather than later, though. During Lil Uzi Vert’s appearance on the blue carpet for the 18th-anniversary celebration of JAY-Z’s 40/40 Club, HipHopDX got the chance to chop it up with him and get an exclusive update on the forthcoming mixtape.

“Well, it’s going through its mixing process right now,” Lil Uzi Vert said of The Pink Tape. “Because last time I dropped an album, it did really well. It was actually my highest-selling album, but it was experimental on the mixing part, not the actual music, so this time I went experimental with the music and traditional on the mixing.”

When asked where The Pink Tape lands on a scale of one to 10, Lil Uzi Vert gave it the edge over Eternal Atake, solely on how different he’s feeling on this go-around.

“I’m feeling really good about it.” Uzi added. “Usually, I’ll pump myself up even if I don’t feel really good, and I’ll be like ‘oh this is it’,” he said. “[I do that] just to like give myself that extra push but this time I really kind of think this is it.”

With The Pink Tape in its final mixing stages, fans will be back on planet Uzi in no time, and it’s been quite the wait for them. Uzi announced his fifth studio mixtape back in December 2020, saying it would release exclusively on SoundCloud.

The tape went through various forms before the Philly native finally unleashed the official name and revealed the tracklist would be a combination of new and old songs at fans’ request last month. There’s no release date yet for The Pink Tape, but Uzi could be eyeing the fourth quarter with summer coming to a close.