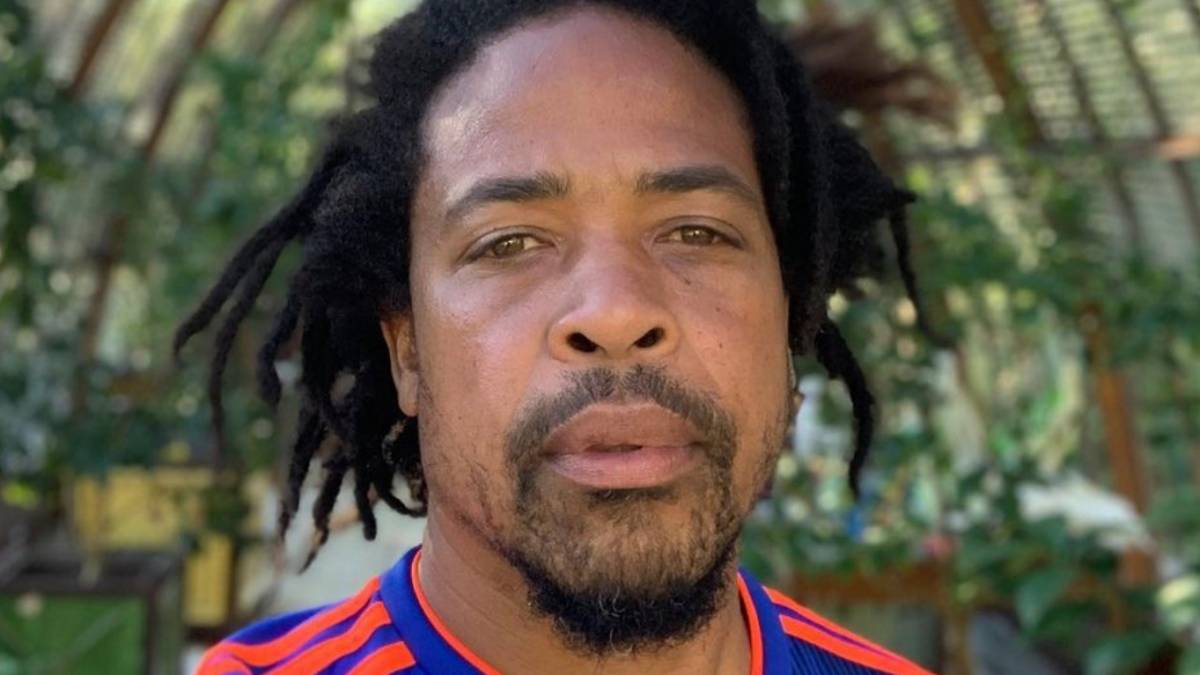 The Hip Hop community is in shambles once again after learning prolific Bay Area MC Zumbi of Zion I has died. Along with co-founder/producer Amp Live, Zumbi captivated countless crowds with his charismatic delivery and radiant positivity.

Rumors the 49-year-old artist (real name Steve Gaines) had passed away started popping up via Twitter on Friday afternoon (August 13), but close friends and family wanted to wait to go public with the confirmation out of respect for his young children.

However, it didn’t exactly work out that way. By Friday evening, Zumbi’s family decided to issue an official statement to Bay Area radio station KQED.

“It is with utter disbelief and great sadness that the Gaines family shares the news of the passing of Steve ‘Zumbi’ Gaines on Friday, August 13, 2021,” the statement read. “Gaines, 49 and the MC of the critically acclaimed Hip Hop group Zion I, passed away at Alta Bates Hospital today in the early morning from unknown causes. 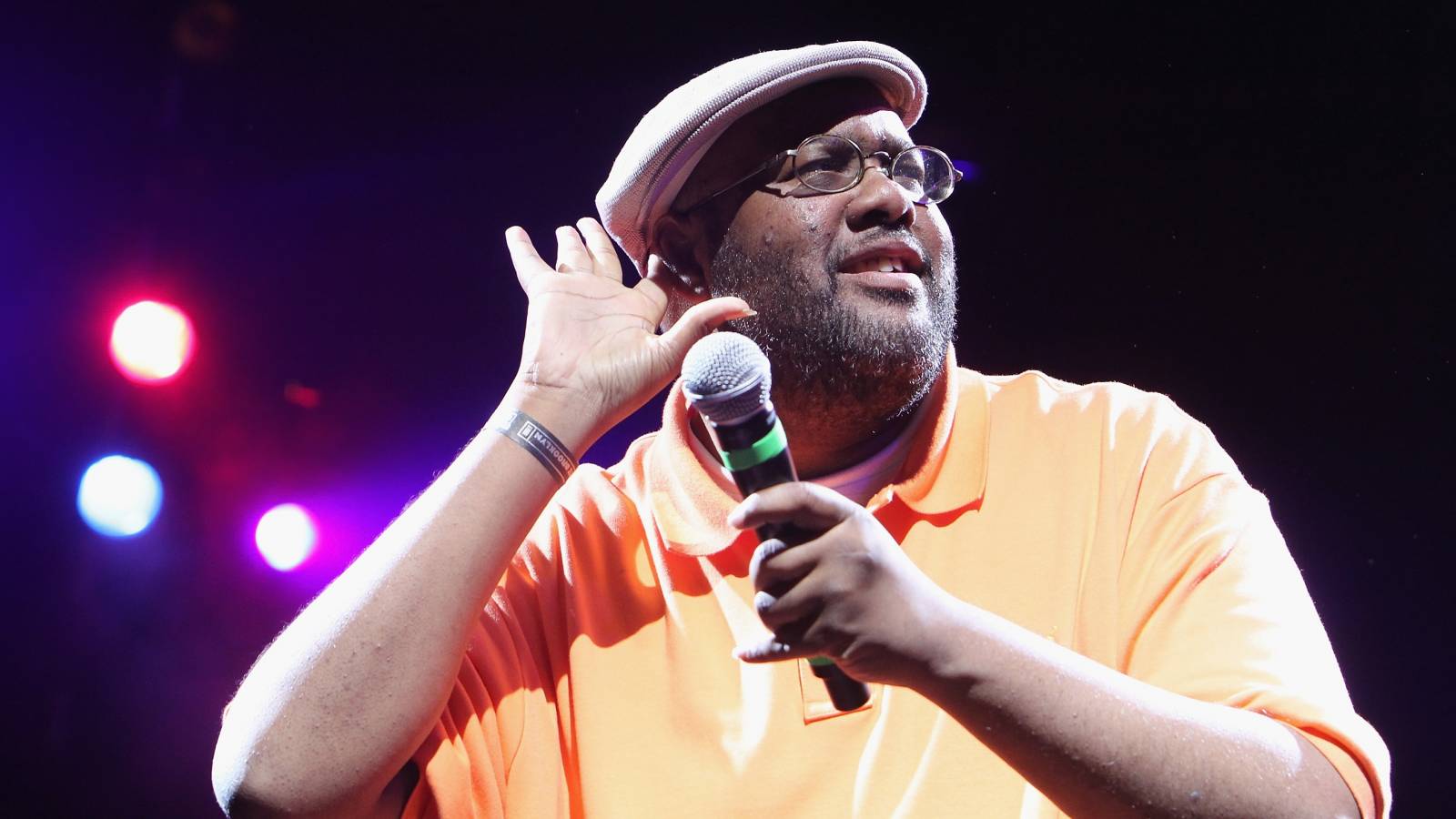 “The family requests privacy in this very challenging time while they await further details. Steve is survived by three sons, his mother and his brother. He was working on a Zion I reunion tour with longtime producer and collaborator, Amp Live, to honor the legacy of their musical endeavors for their fans.”

Sources close to Zumbi say he tested positive for COVID-19 in recent weeks and was in and out of the hospital but appeared to be on the mend. According to a text from DJ True Justice, who routinely toured with Zumbi, he suffered a catastrophic asthma attack while in the hospital and never recovered.

“Zumbi of the Legendary Oakland Crew, Zion-I passed away this morning,” the text reads. “He was recovering from COVID and had a severe asthma attack and his heart stopped. He died in the hospital. They were unable to revive him.”

After a six-year hiatus, Zumbi and Amp Live were gearing up to tour together once again in honor of the duo’s 2001 album Mind Over Matter.

They’d already booked several dates for a Mind Over Matter 20th Anniversary Tour, which was supposed to kick off on October 1 in Washington, D.C.

Zumbi’s passing follows the death of another celebrated Bay Area MC, Blackalicious’ Gift of Gab, who passed away in July. It also comes on the heels of fellow Oakland legend Shock G of Digital Underground who was found dead at a Florida hotel from an apparent overdose.

“Zumbi of Zion I was a champion MC who represented high level lyricism, high energy stage show, and in a life a good human being on planet earth,” fellow Bay Area rapper Jahi tells HipHopDX. “Rest easy. ‘Birds Eye View’ is my all time favorite.”

Naturally, the Bay Area Hip Hop scene is torn up, but artists from all over the country are sharing their grief on Twitter and Instagram, including Lyrics Born, Macklemore, Evidence, Blueprint, Planet Asia, Immortal Technique and the Living Legends.

HipHopDX sends our heartfelt condolences to all of Zumbi’s loved ones. Rest in peace.

A post shared by AKA Matcha Man Savage (@lyricsborn)

Rest in Peace to Zumbi ?? https://t.co/dmcljrg4lV

We are sad to announce that the head MC of Zion I, Zumbi has passed away. The Oakland native was a tremendously gifted Emcee & was well respected amongst his peers in the Bay Area rap scene. We send our condolences to his family & loved ones. #RIPZumbi pic.twitter.com/51ocJJwba6

It’s true. I can’t believe it. But it’s true. Zumbi from the legendary Zion I has passed away. Condolences to his family. I can’t say enough good things about him. Did countless shows and freestyle sessions. You will be sorely missed my old friend. Rest in Power brother. pic.twitter.com/SBfABYx0PU

Wow another Bay Area legend i grew up listening to R.I.P. Zumbi of Zion I ?? https://t.co/CppovTpfTo

Rest In Peace Zumbi, Zion I changed my perspective of Hip-Hop ???

I remember walking downtown São Paulo with @ZIONI's Zumbi and he's spitting the verses from Takeover. 2001.
We had plans, bro…

RIP Zumbi Zoom-you and your positivity on life will be missed ??❤️I’ll see you where the sidewalk ends

This is a devastating loss for the Underground Hip Hop community.

Rest In Peace to another Bay Area rap legend gone to soon – Zumbi from Zioni ?? pic.twitter.com/Nin756ojPc