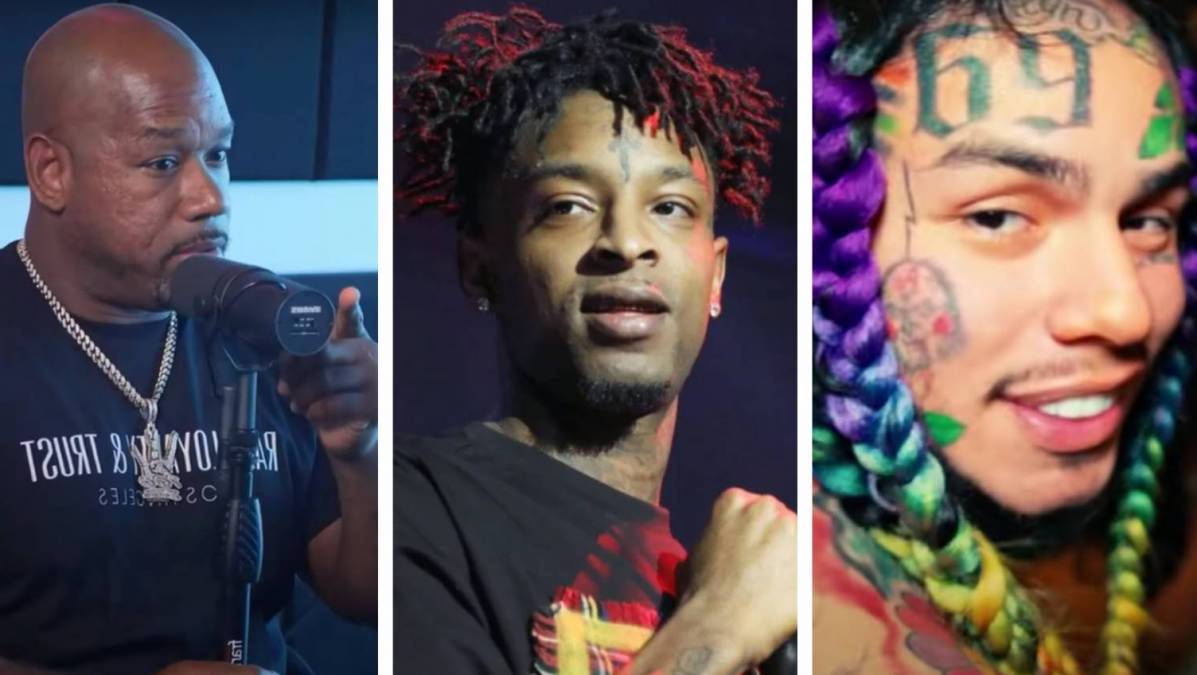 On The Record, Jerritt Clark/Getty Images for Rolling Stone

Cooler heads did not prevail during a recent Clubhouse spat between 21 Savage and newfound podcast pals 6ix9ine and Wack 100.

Akademiks shared a 10-minute audio recording on Thursday (August 5) that depicted Blueface’s manager promising to do bodily harm on the Slaughter Gang rapper — with 6ix9ine eagerly volunteering to be the Don King of the situation.   The tension began over 21 Savage’s opinion of Wack 100 conducting the face-to-face interview with Akademiks to debut his Off The Record podcast earlier this week.

“I’d say you lame for agreeing anything [6ix9ine] says,” 21 Savage was heard saying, opening the floor for his gripes to be heard.   After several minutes of back-and-forth bickering and talking over one another, the nature of the conversation escalated and Wack 100 literally chose violence.

“21, respectfully nephew, I know you and we always been solid,” Wack 100 explained. “Me and you both know if you was standing in front me right now, you wouldn’t have that energy.”

The last jab prompted 21 Savage to yell “cap” and 6ix9ine to excitedly agitate Wack 100, nosediving the peace even further in the process.

“N-gga, I will beat yo muthafuckin’ little ass, you little biddy ass boy!” Wack 100 fumed while also quieting his rainbow-haired accomplice who was loudly reveling in the moment.

21 Savage never formally declined the gladiator invitation but also ceased to continue to talk “gangsta shit” on Clubhouse. 6ix9ine, for his part, wasn’t convinced 21 Savage was being gangsta during the encounter by clowning in Akademiks’ comment section, “21 voice is shakyyyyyyy … “i said.. I said… I think u lame……” along with a barrage of LMFAO emojis.

It’s also important to note Wack 100 actually didn’t care about any rebuttals and promised to smack 21 Savage as opposed to punching him.

“I will sock you the fuck out, you out your league, n-gga,” he continued. “You ain’t about to come in here … you just a rapper, n-gga! You ain’t got the right, rank and respect to fuck with me. You’s a fake ass Blood too, n-gga. I’m from California!”

Akademiks, 6ix9ine and Wack 100 met in Miami during Rolling Loud weekend to dish on the “ZAZA” rapper’s polarizing effect on Hip Hop.   Listen to the full debut episode of the Off The Record below.