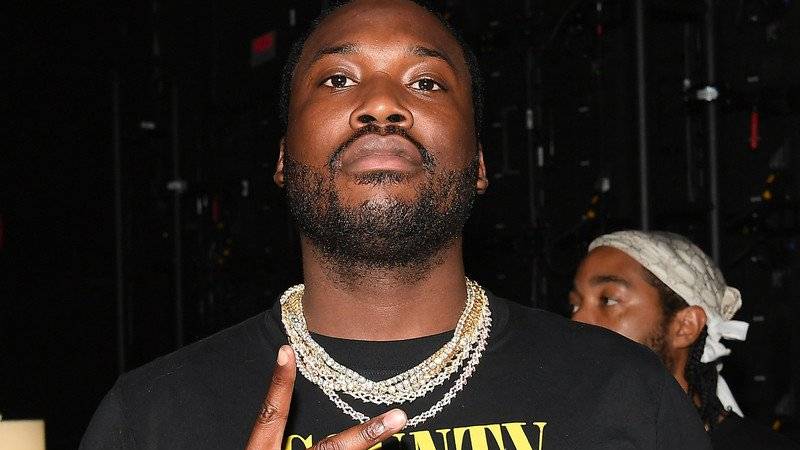 Kanye West held a private listening party in Las Vegas over the weekend where a select few finally got to here his highly delayed studio album Donda. According to attendee and media personality Justin Laboy, the project arrives this week and has all the markings of an instant classic.

“He kills every beat, every hook, and every verse,” he claimed via Instagram on Monday (July 19). “Who is he?” As thousands of comments poured in, Meek Mill was among those who begged to differ, writing, “Big cap.”

Of course, Ye fans immediately pounced on Meek, telling him things such as “shut your hater ass up” and simply “you suck.”

Justin Laboy and NBA basketball star Kevin Durant were among those who were at the private listening event, which Laboy initially tweeted about on Sunday (July 18).

“Kanye played his new album for me & @KDTrey5 last night in Vegas. Man listen!” he wrote. “The production is light years ahead of its time, and the bars sound like he’s broke & hungry trying to get signed again. Any artist who plan on dropping soon should just push it back Face with look of triumph #Respectfully.”

He then revealed Lil Baby was part of the project with, “This Kanye x Lil Baby record so crazy. Y’all gon leave that mf on repeat ALL DAY & NIGHT. BABY REALLY A GOAT.”

Kanye famously set his sights on Meek Mill last July when he accused his wife Kim Kardashian of having an affair with the Dream Chasers founder during one of his Twitter meltdowns.

In a since-deleted tweet, Ye admitted the Kardashian-Jenners were trying to have him committed, was attempting to divorce the reality star and claimed Lil Baby wouldn’t collaborate with him (which apparently has changed).

“They tried to fly in with 2 doctors to to 51/50 me,” he wrote. “I been trying to get divorced since Kim met with Meek at the Warldolf for ‘prison reform.’ I got 200 more to go. This my lady [last] tweet of the the night … Kris Jong-Un. Lil Baby my favorite rapper but won’t do a song wit me.”

He added, “Meek is my man and was respectful. That’s my dog. Kim was out of line. I’m worth 5 billion dollars and more than that through Christ. But y’all ain’t listen to MJ and now ya’ll believe them??? Kriss and Kim out out a statement without my approval … that’s not what wife should do. White supremacy.”

Kardashian filed for divorce seven months later. Despite the couple’s split, Kanye reportedly doesn’t speak ill of her on the forthcoming Donda album and wants to move forward amicably co-parenting their four children.