Ahead of its highly anticipated release, Victor Victor CEO Steven Victor and the rest of Pop Smoke’s team revealed the project’s tracklist through the late rapper’s official website.

Fans were asked to sign up for a batch of digital scratch-off lottery tickets in order to reveal the tracks from the project. Initially thought to be 17 songs in length, the album actually has 21 tracks, including the previously teased single “Demeanor,” which possibly features Bruno Mars.

That’s the one thing they left out — the actual guest features — but rumored collaborations include pop singer Dua Lipa, Kodak Black, Lil Tjay and Cardi B.

The tracklist for Pop Smokes new album "Faith" is starting to be rolled out via a website (https://t.co/sphmD9P8ak).

Here are all of the tracks: pic.twitter.com/d87lD4eC9J

Faith will serve as the follow-up to 2020’s Shoot For The Stars Aim For The Moon, which was executive produced by 50 Cent.

The project has proven to be a commercial hit after its initial debut at No. 1 on the Billboard 200. After three months, it returned to the top spot and has since been certified 2x-platinum by the Recording Industry Association of America (RIAA). 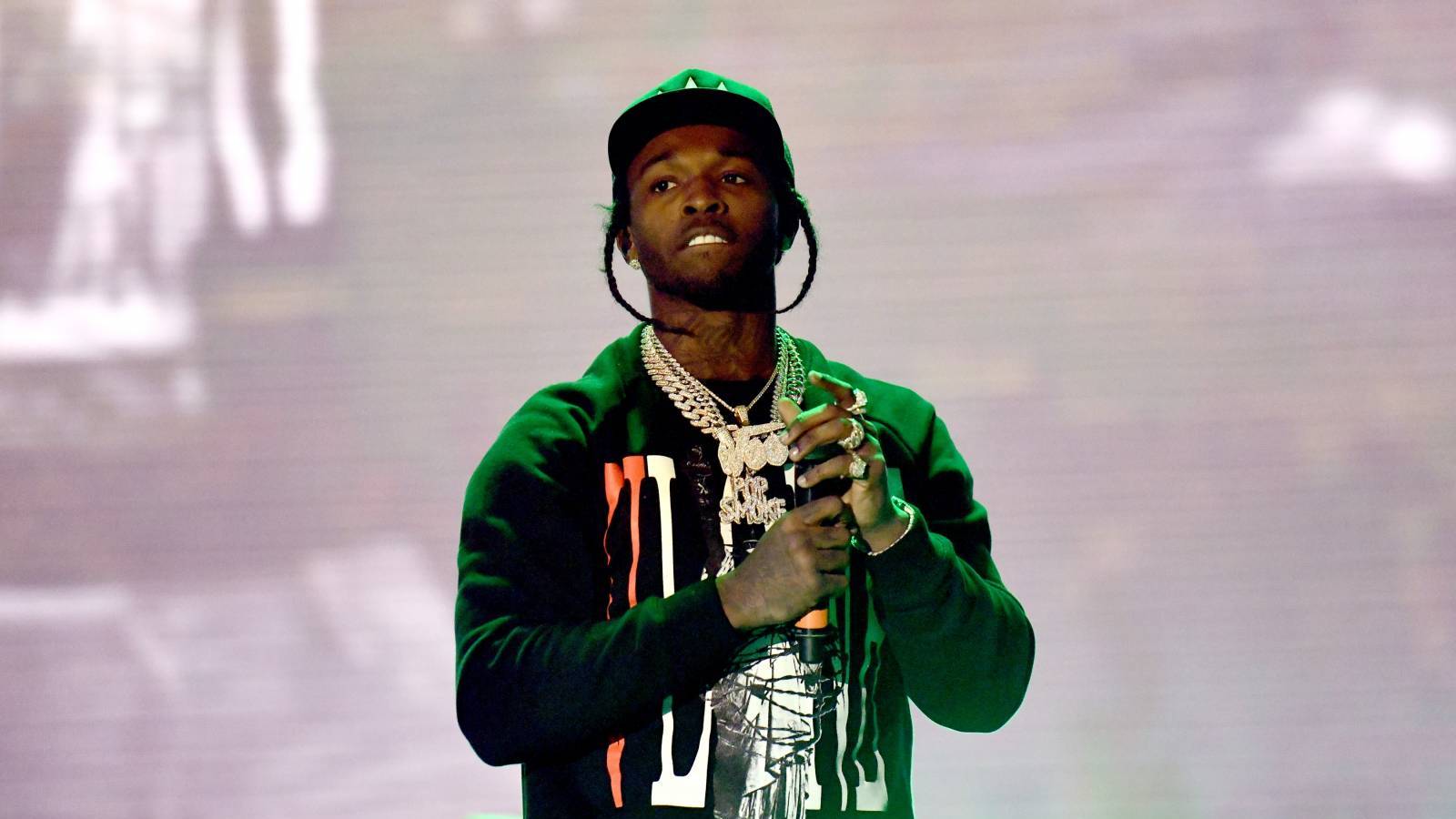 Only time will tell if Faith will be able to attain the same level of success. Until its release, check out the full tracklist and cover art below.