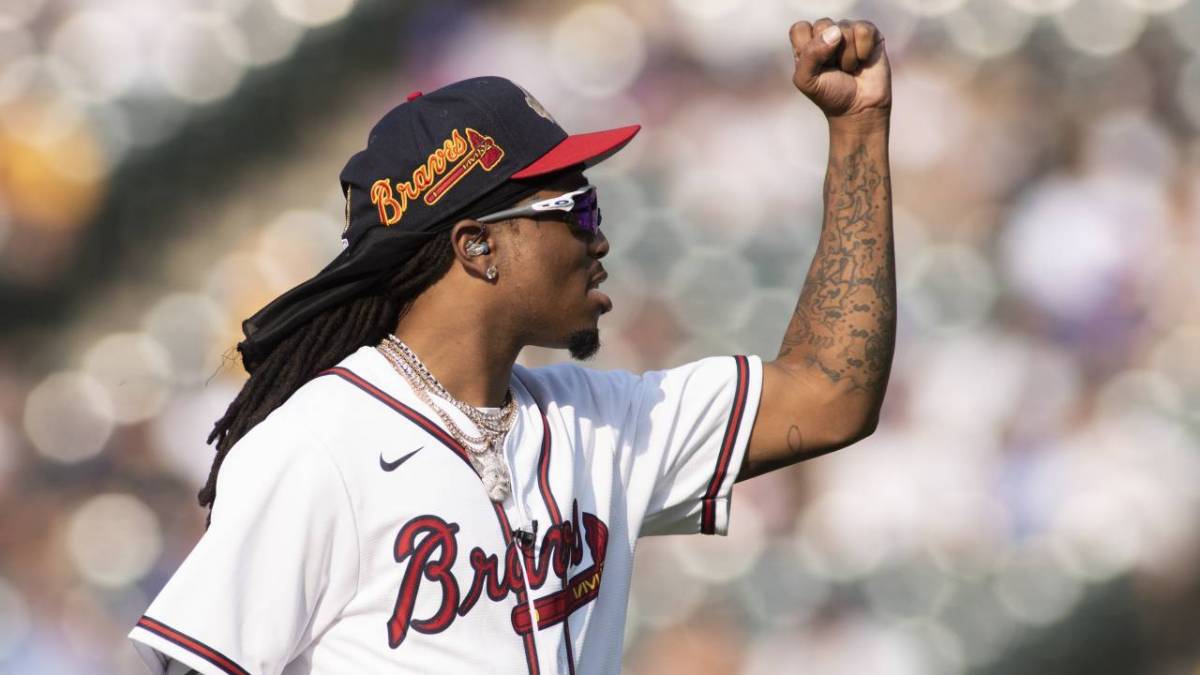 Denver, Co – What sport can’t Quavo play? The Migos frontman showed up to Coors Field ready to dominate the competition on Sunday (July 11) as part of the MLB’s All-Star Celebrity Softball Game, which actually ended up airing on Monday (July 12) following the Home Run Derby.

Decked out in Atlanta Braves gear, Quavo did a little bit of everything to shine during his team’s dominant performance over Jennie Finch’s squad. He held his own as a lefty shortstop, took the mound and nearly hit a frozen rope homer, which ended up being an easy double.

The highlight of the night came when Huncho recorded the game’s only strikeout against Seattle Seahawks superstar wide receiver DK Metcalf. Then, 18-year-old YouTube star Jojo Siwa came up next and immediately smacked a double off Quavo.

.@QuavoStuntin struck out @dkm14 in the Celebrity Softball Game, but gave up a double to @itsjojosiwa in the next at-bat 😳👏 pic.twitter.com/oBGF3XZ7Ts

Quavo helped lead his team to a 20-10 victory, but it was San Antonio Spurs guard Derrick White who took home MVP honors. Others who suited up for the game included J.I.D, Steve Aoki, former New York Yankee pitcher C.C. Sabathia and WWE’s The Miz.

The Atlanta native’s winning ways continued this summer when Barack Obama included Migos’ “Straightenin” on his official summer playlist. Quavo previously declared the Culture III single to be the song of the summer.

Watch some of Quavo’s highlights.