Boosie Badazz makes a habit out of stirring up controversy on social media. Whether he’s threatening Facebook CEO Mark Zuckerberg over his Instagram account or commenting on the gender of Dwyane Wade’s child, he typically speaks his mind no matter what the consequences.

But on Sunday (June 20), Boosie presented a different side of himself when his kids surprised him with a special video for Father’s Day. In the clip, several of his children talk about how the love they have for their father. As they went on, Boosie was moved to tears to the point he had to cover his face with his hand. One of his seven children wrote on Instagram, “We made a hood n-gga cry lol.”

Boosie Badazz followed up with an Instagram post showing off the Father’s Day gifts he received, which included lots of Versace swag and an extravagant brunch boasting mimosas, a giant fruit plate, shrimp, french toast and more.

Boosie Badazz wasn’t as happy with his children just last week when they supposedly threw water on some friends who were visiting Boosie’s sprawling estate. So to discipline them, Boosie forced them to walk around the property for five hours and publicly shame them on Instagram at the same time. 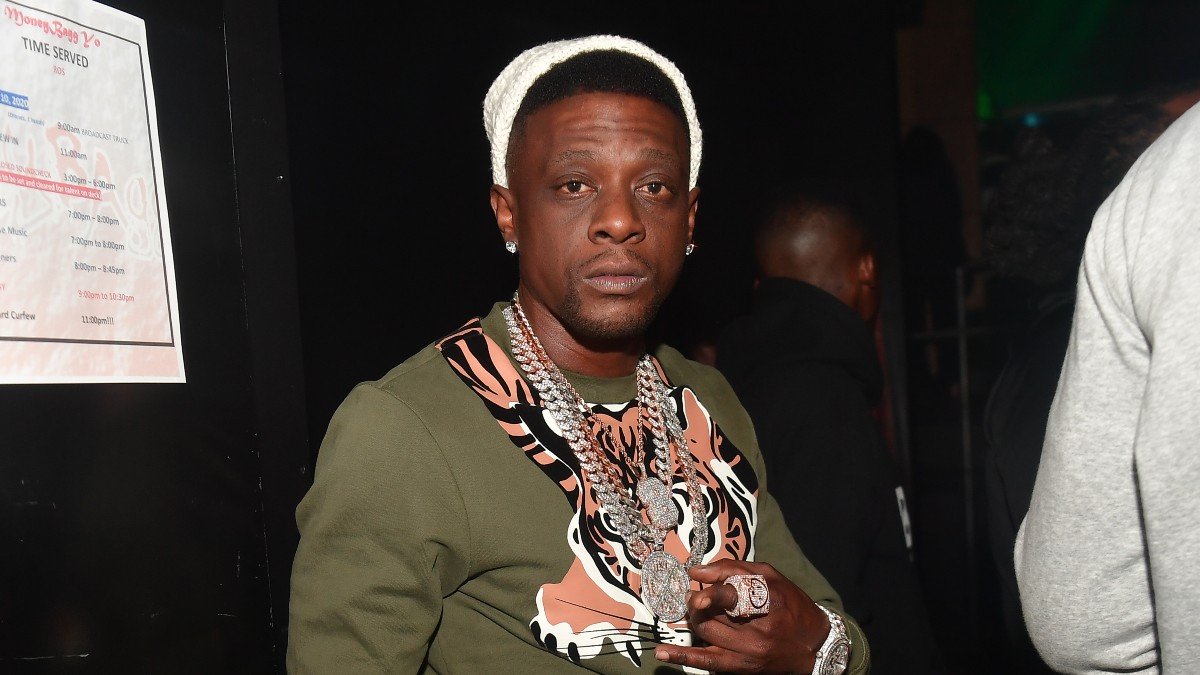 “They cleaning up the house all day. They gon’ learn this lesson. Ain’t gon’ be no more water thrown in my estate. They soaking everybody up every night. I want Big Freaky, everybody, y’all can come back. It’s going down. Yeah, they gon’ be out here… They got four more hours to walk the gates. Yes, sir. We gon’ get some act right.”

But Boosie got some discipline of his own when his mother ridiculed him for being too hard on her grandchildren.

“Mama then got on my ass bout disciplining MY KIDS SMH,” he tweeted on June 17. “#Icantwin.”