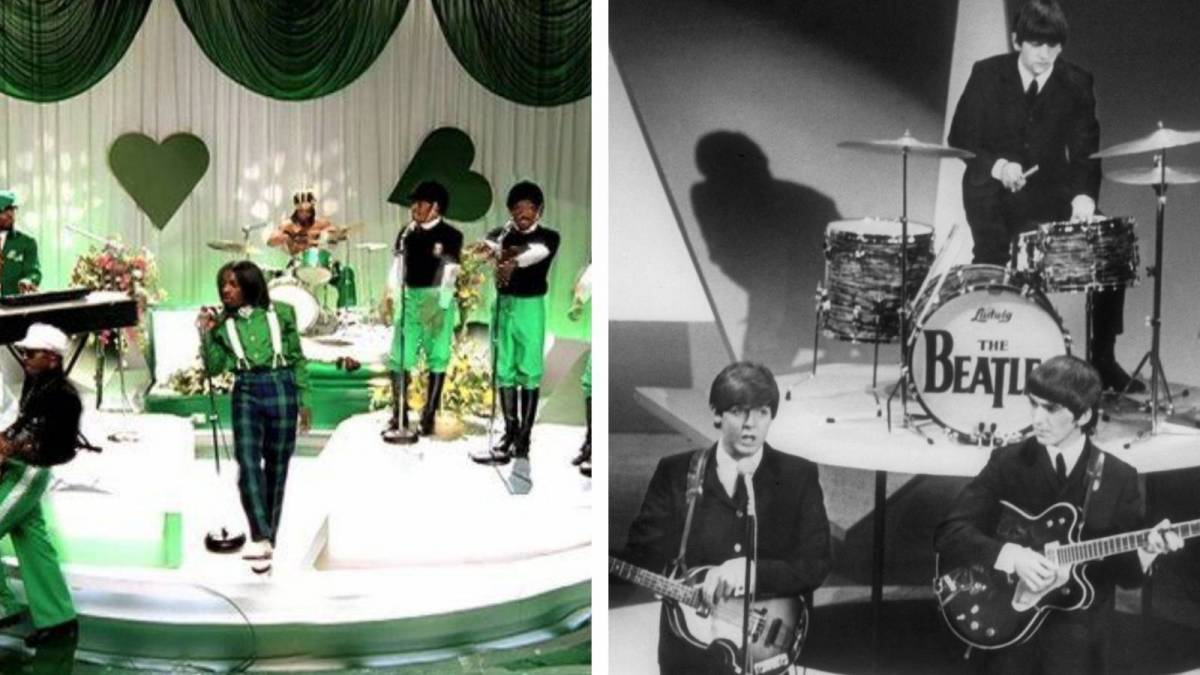 The Beatles are one of the biggest bands in the music history — that can’t be disputed. With over 600 million albums sold worldwide, John Lennon, Paul McCartney, Ringo Starr and George Harrison changed the course of popular music when they exploded onto the British scene in the 1960s with Please Please Me. Beatlemania ensued in the United States the second they landed in New York City for an appearance on the Ed Sullivan Show and had girls literally fainting in the audience at the mere sight of them.

Fast-forward to the early ’90s and two Atlanta-bred MCs named André 3000 and Big Boi — collectively known as Outkast — bulldozed their way into the Hip Hop forefront with their otherworldly rhymes and increasingly bold fashion choices (particularly on 3 Stacks’ side). Dubbed one of the most successful Hip Hop duos of all the time, Outkast has sold over 25 million albums and won six Grammy Awards.

Interestingly enough, their video for “Hey Ya!” was almost like a spoof on the Beatles’ Ed Sullivan appearance, complete with screaming girls and faux vintage footage. Perhaps it was that singular thread between the two vastly different groups that spawned a tweet that’s currently causing its own mass hysteria on Twitter.

On Sunday (April 4), Chopped 420 host Ron Funches tweeted, “When society admits OutKast is better than The Beatles then we can truly start healing,” sparking an online debate that seemingly carried on into the ether.

When society admits OutKast is better than The Beatles then we can truly start healing.

Soon, allegations of musical plagiarism started flying with comments such as “Beatles stole southern Black and added it to British white. Outkast stole Mars and added it to southern urban Black. Outkast wins” and “Yes, Outkast is better than the Beatles. And they didn’t need to steal anyone’s style to make their own.”

But Twitter continued doing what Twitter does and kept the debate going until Outkast was a trending topic.

The Outkast v Beatles thing is funny bc it reminds me of how white rock and blues fans have criticized hip hop for sampling, like their idols didn't literally appropriate decades of black musical innovation & profit from it, but after lambasting it as vile, uncultured & sub-human

People comparing OutKast and the Beatles but I never seen the Beatles write anything close to the level of what Andre 3000 blessed us with pic.twitter.com/5BFssrnC9o

I love the Beatles and I love OutKast.

The Beatles.
Of course I have an opinion.

Yes. The 60s girl groups, RnB groups, Chuck Berry, Mowtown etc.. All had a massive influence on them.

Could they do an Outkast song?

If time and deaths weren't a factor..

I would choose Outkast because that's what I grew up on, but The Beatles had crazy hits.

Outkast could write While My Guitar Gently Weeps, but the Beatles couldn't do Idlewild Blue. pic.twitter.com/1XbE40xll6

I'm biased, Outkast is my favorite group ever and some of my favorite MUSIC ever. But I don't know enough about The Beatles "groundbreaking" music to weigh in on the debate. Just know Outkast has shaped and changed hip hop many times over. Genre bending artists. And the 🐐 MC.

society when everyone finally admits that outkast is better than the beatles pic.twitter.com/CJGHQLBleO