Saweetie loves to whip up random things in her kitchen, and her latest kitchen concoction has social media extremely invested.

While hosting We The Culture’s Black Creators Day event on Facebook Live on Monday (March 1), the “ICY GRL” rapper opted to adorn her spaghetti with ranch dressing and naturally, people had things to say. Reactions ranged from horrified to intrigued to indifferent but impressed at just how much the Bay Area native’s stomach can handle.

“Saweetie got the palate of a drunk Nebraska frat boy,” one fan wrote.

Saweetie got the palate of a drunk Nebraska frat boy https://t.co/0sj4y8jgsw

“Saweetie really just be throwing any food together eating like a raccoon,” someone else said.

In addition to moonlighting as a chef, Saweetie has been busy flexing her acting chops in between her music gigs as well. In January, she made her debut on ABC’s Grown-ish as a rapper named Indigo who was being styled by Yara Shahidi’s character, Zoey Johnson.

“I wanted to make sure I delivered. I feel like with roles, whether if it’s an episode or in a music video, you always have to commit to the emotion of what you’re trying to portray,” she told Entertainment Weekly ahead of her debut. “I thought it was cool, a little cheating but that’s okay: I played an artist and I’m an artist myself. But the girl’s attitude and personality is completely night and day with mine so I did have to learn about her. She’s a diva, she’s bossy.” 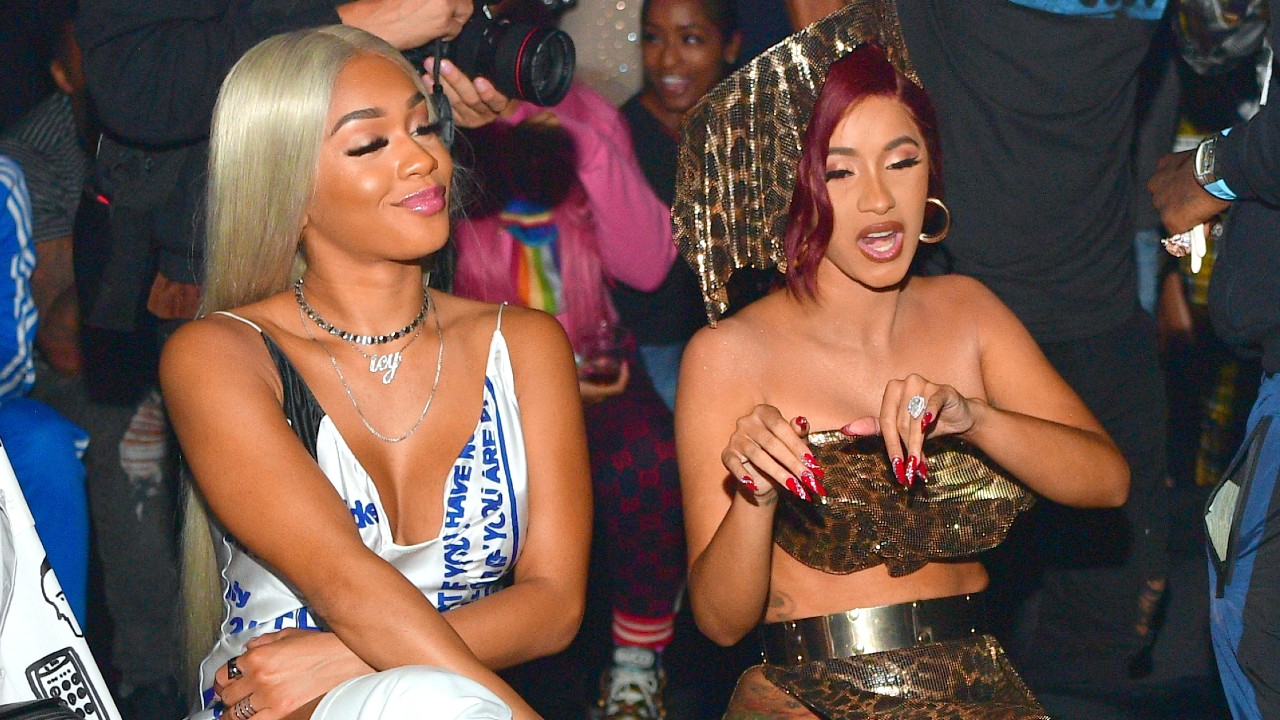 She’s reportedly set to be returning to the show for future cameos as Indigo.

Check out more reactions to Saweetie’s spaghetti and ranch below.

Saweetie's stomach made out of vibranium, nothing is stopping her.

Saweetie after eating all them jail house meals: pic.twitter.com/siBL6DAMMe

i just know a saweetie fart could spark a match chile https://t.co/F6bhxiA8V8

Saweetie after putting her prison concoctions together pic.twitter.com/U8sWEhtxmc

y’all hate fat people and saweetie is the proof. that lady always eating and it be the wildest shit and y’all love it. if it was a fat woman y’all would throw a fuckin fit and that’s so fuckin weird to me.

Saweetie’s stomach after ingesting her concoctions of meals: pic.twitter.com/21NOZIFQBR

Saweetie eats like she did a 40 year bid and all she knows is prison concoctions https://t.co/6Z9GTMhwRV